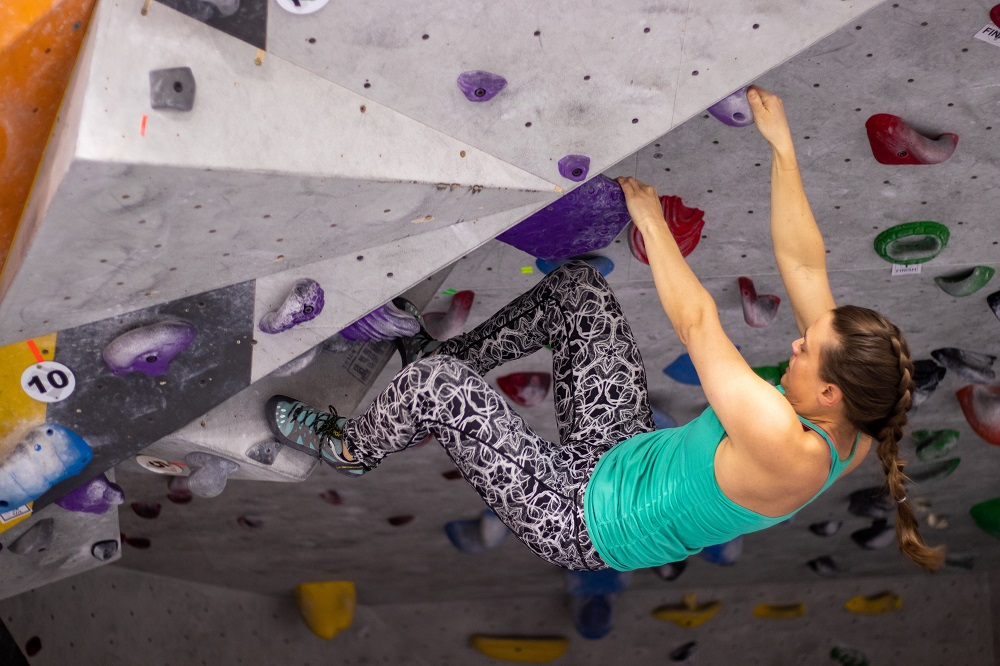 Some may consider rock climbing to be an extreme sport. Instead, it is an activity that allows one to develop many physical and psychological qualities such as muscle strength, flexibility, endurance, balance, surpassing oneself, concentration and psychomotor skills. And it is no surprise that this spectacular sport gained admission into the 2020 Tokyo Olympic Games! There are three mandatory categories of climbing competitions: speed, bouldering and sport climbing.

Rock climbing has various nouns: trad, free, bouldering, sport, etc. Mostly practised on rock walls in parks and woodlands, this sport consists of making upward progress along a rock wall. It can be practised on a rock face, a boulder or an artificial structure. The objective of this sport is to reach the summit or the end of a given route. A route, also known as a problem, can be attempted with or without equipment. These days, rock climbing has become specialized and broken up into six different types: artificial, mixed, traditional, sports, top rope and bouldering.

A LITTLE HISTORY AND GEOLOGY

In Europe, climbing gradually developed as a sport from the end of the 19th century, when the pioneer mountaineers were racing to be first to reach the highest summits. Rock climbing became democratized in the 20th century and by the 1970s it was popular and widespread. Long considered as an extreme sport, rock climbing is now accessible to all, thanks in particular to the growing popularity of indoor gymnasiums. But the existence of so many natural rock walls made up of many types of rock like gneiss, quartzite, sandstone, limestone and granite, also made it more accessible.

Postal card dating back to 1948

As for the territory of Val-David, it is located in the centre of a plutonic massif known as the “Morin Complex”. Its diverse mineral composition is called anorthosite. This massif, formed of molten rock (magma) which then cooled over tens of thousands of years, is estimated to be between 1,000 and 1,600 million years old. This period corresponds to the Mesoproterozoic geologic era. The Morin Complex has a grayish black rock dotted with purple and green. This rock is grainy and pegmatitic, meaning that it has small and large crystals visible to the naked eye. Thus, its texture is abrasive and climbers’ fingers can become quite painful.

Alpinism: This is an older discipline than rock climbing per se. It involves some degree of trekking to a point at which different types of climbing might be involved (glaciers, rock walls, mixed terrain, etc.), and sometimes requires a bivouac before attaining a summit and afterwards climbing back down by either descending or rappelling. This last technique must be carefully mastered since it is the most risky statistically. Alpinism is practised in mountain country in all seasons, and may last several days before the desired summit is reached and the return journey made. The best-known exploit of this kind is the ascent of Mount Everest.

Artificial climbing: In the absence of holds on the rock, the climber must use artificial devices (hooks, etriers or ladders) to ascend. They must be installed by the climber who uses them to pull upwards or gain a foothold.

Artificial climbing structure or wall: Generally found inside a building, this structure may be built of various materials (wood, concrete, metal, etc.) and is used for recreation, training and competitions.

Bouldering: Type of rock climbing in which the climber ascends boulders, generally between 3 and 5 metres in height, but which may reach as high as 15 metres. The climbing is done without equipment or anchors. The only protection is a mattress (or crash-pad) positioned under the route to cushion falls and prevent injury. Each step taken on a boulder requires, precision, careful movements and strength.

Cliff : Usually refers to a steep escarpment of variable height, not covered with vegetation, that was created by erosion.

Erratic boulder: A rounded block, part of a mass of debris transported by a glacier, sometimes over large distances. As the glacier melts, the erratic block remains in the last place to which it was moved. They vary from small in size to gigantic (20 metres in height).

Landslide boulder: A block resulting from a collapse, total or partial and often sudden as well as brutal, of a cliff.

Lead climbing: Describes a situation in which a climber is being belayed from below while he positions safety equipment each time he moves on, following a route.

Mixed climbing: Mixed climbing is practised with anchor points already installed, but insufficient in number to ensure safe climbing. The climber must therefore position his own equipment in the more exposed sections.

Rock climbing: In the beginning, rock climbing was not a sport in itself, but simply one stage in alpinism where climbing was necessary. Today, rock climbing is not only practised in mountain country, but also on cliffs or a single rock, and as much in the forest as at the seaside or in the desert. Rock climbing also requires the climber to descend or rappel back down.

Rock climbing guide: A guide book is a tool that allows the climber to identify the various routes on a rock face.

Rock climbing site: All areas of a cliff and natural location in which climbing is practised. Often pre-equipped with anchors (anchors, pitons) as well as being maintained by members of a local club.

Route: The itinerary that can be followed on a given rock face. Each route has a rating (level of difficulty) and a name. Some routes require several lengths of rope (rope length varies between 15 and 80 metres). Each rope length will have anchor points every 1 or 2 metres, or even closer on natural rock walls.

Top roping: Technique which allows a climber to be belayed from the ground by passing a rope through anchor points at the top of the route. Used especially by beginners or experts who wish to climb on difficult routes.

Trad climbing: This is practised on natural routes that are poorly equipped with the exception of a few removable belay points. The climber must position his own additional protection in the cracks, holes or around lunules and trees, as judged necessary.