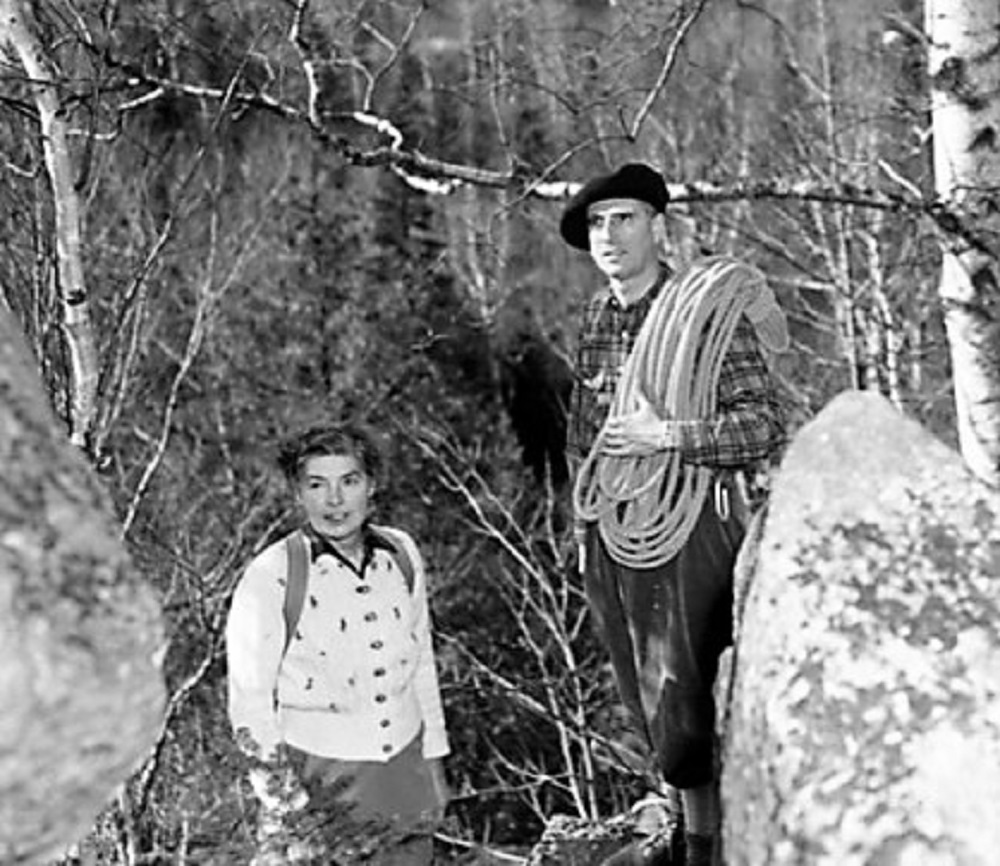 It was in the year 1928 that John Brett discovered the wonderful world of rock climbing in Val-David. An engineer born in Switzerland in 1894, Brett was already something of a mountaineer, having cut his teeth on the limestone walls of Mont Salève in France. While out on a skiing excursion one winter, he got his first look at the Mont Condor Needle. He immediately understood what sort of rock-climbing potential he had before him.

In 1932, John Brett was exploring the surrounding hillsides, including the massif of Mont Césaire. Together with his sons, he completed the first ascent of a climbing route as we think of it today. Two of their classic routes on Mont Césaire are the Valse (1932) and the Arabesque (1943). A number of these routes have unfortunately now been forgotten.

For those first pioneers to be able to reach the heights of a rocky escarpment, they first had to identify cracks or steps in order to create a vertical path, commonly known as a route. Most of the time, to identify a route, the person opening it would give it a name inspired by the present moment. A place where multiple routes can be found is called a wall. 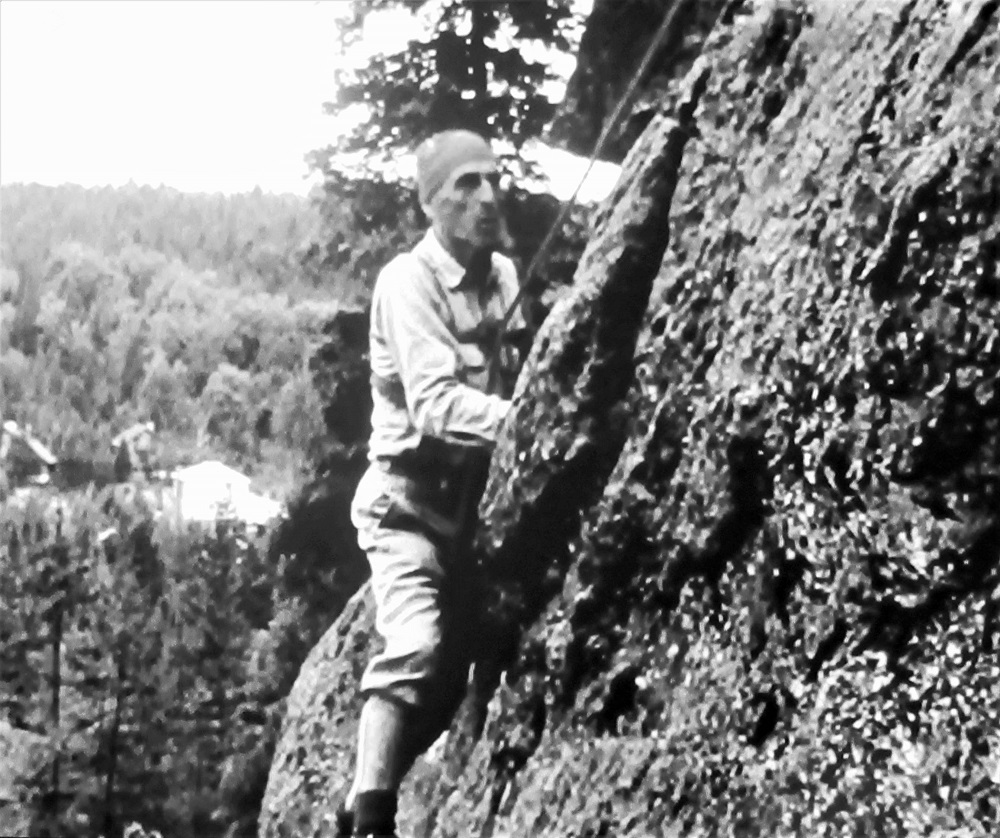 THE ROLE PLAYED BY THE BRETT FAMILY

From April to October, Elizabeth and John Brett took their friends out with them, hoping to find companions to enjoy some climbing together. The Bretts and their sons kept locating and identifying new routes so that more and more new climbers could come to Val-David.

Elizabeth and John Brett and two friends on the summit of the “Needle” at Mont Condor, 1947

Without knowing it, the Bretts and their acolytes were participating in the evolution of a new sport. It would eventually become quite distinct from mountaineering and end up being called, simply, rock climbing. It is a sport requiring the use of hands, feet and some equipment if one wants to reach the very tops of these summits.