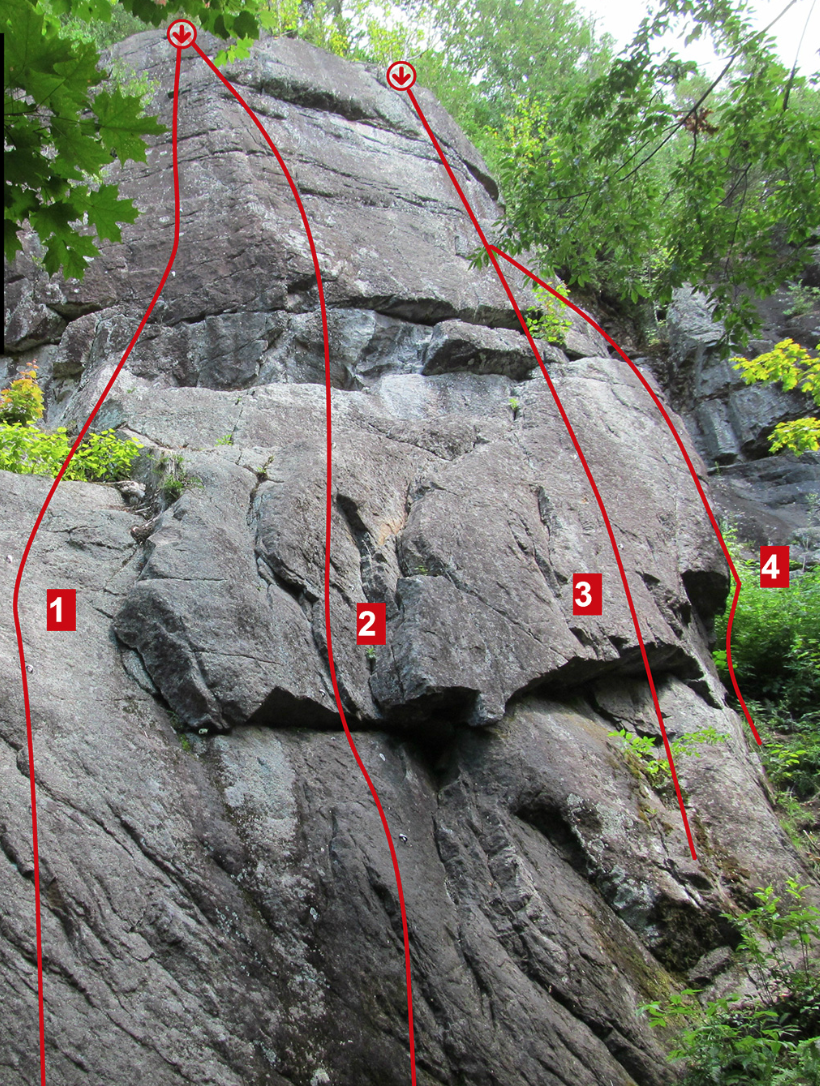 Examples of some of the climbing routes found in the Val-David/Val-Morin Regional Park. In Paul Laperrière’s book, Guide des parois Val-David, several photos show the routes traced, like the ones presented here in red. They allow the route or itinerary up to the top of the rock wall to be visualized in advance.

In the example above, part of “La dame de cœur” sector can be seen, along with its sub-sector, the “Fées” created by Pierre Cornellier and Martine Lavallée. As with all routes first opened by a climber, these have been named according to the whim of the route opener. The four routes shown on this photo are: 1) “La Fée-fille,” 2) “La Fée-Line,” 3) “La Fée-Éric” and 4) “La Fée-des-rations.”

There are more than 500 climbing routes in the Val-David/Val-Morin Regional Park.