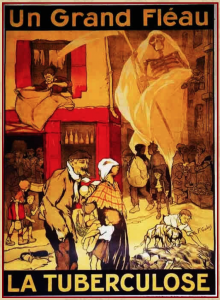 In 1895, a nurse from New York named Elizabeth Wand discovered that the dry air in Sainte-Agathe could be highly beneficial to tuberculosis patients. So she started the first local boarding house. A sanatorium is a place where patients can be kept in isolation as they are treated. It is thought that rest, open air, daily exercise and complete peace and quiet can help them recover from the disease. More than twenty sanatoriums were opened here in the early 20th century. 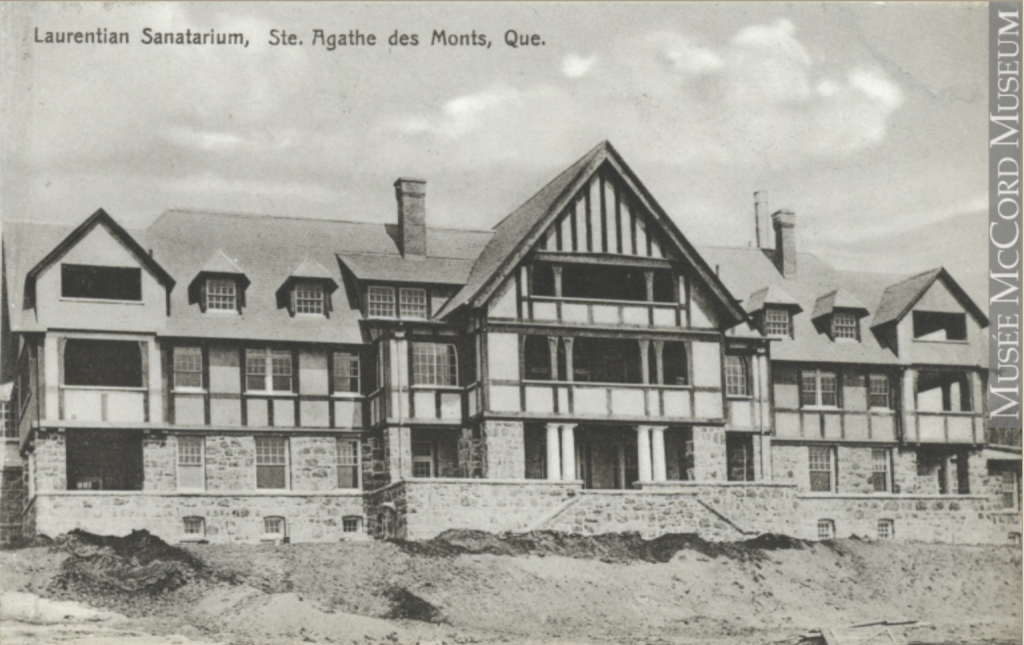 Built in 1908 (and photographed about 1910), the Laurentian Sanatorium was the largest of its kind

As the treatment may last up to 20 years, a number of families moved here temporarily or permanently so they could accompany family members. This led to the birth of an industry catering to visitors. An industry destined to develop very rapidly.

By 1912, the Sainte-Agathe region was already one of the most sought-after locations in Canada for the practice of different winter sports (toboggan, bobsleigh and especially skiing), and also for summer sports (canoeing, hiking, sailing, tennis).

“Since the construction of our railroad in 1892, an incalculable number of tourists and city folk have appeared from everywhere, sometimes to take part in the healthy activities available in our lakes and mountains, but often also to regather their strength. Many of them have found that a stay in our countryside is just as healthy in the winter as it is in summer, and not a few of them have ended up building cottages on our lakesides…”

VAL-DAVID WAS NOT TO BE LEFT BEHIND

The village of Val-David separated from Sainte-Agathe in 1921 and began to move ahead on its own. In the early 1920s, it too began to develop. The community started to expand around the areas of the lakes, particularly Lac Paquin and Golden Lake.

In its turn, Val-David began to play host to notable families who came and settled on its hillsides. In 1929, John Wilson McConnell, president of St. Lawrence Sugar and owner of the daily newspaper The Montreal Star, purchased W.H. Allin’s property at Lac Paquin. The Berthiaume family, owner of the daily newspaper La Presse, had already settled there in 1919. They joined the Von Eberts, Clarks, Cochranes, McCawskills, Cooks, English-speaking families from Montreal who built second homes here. 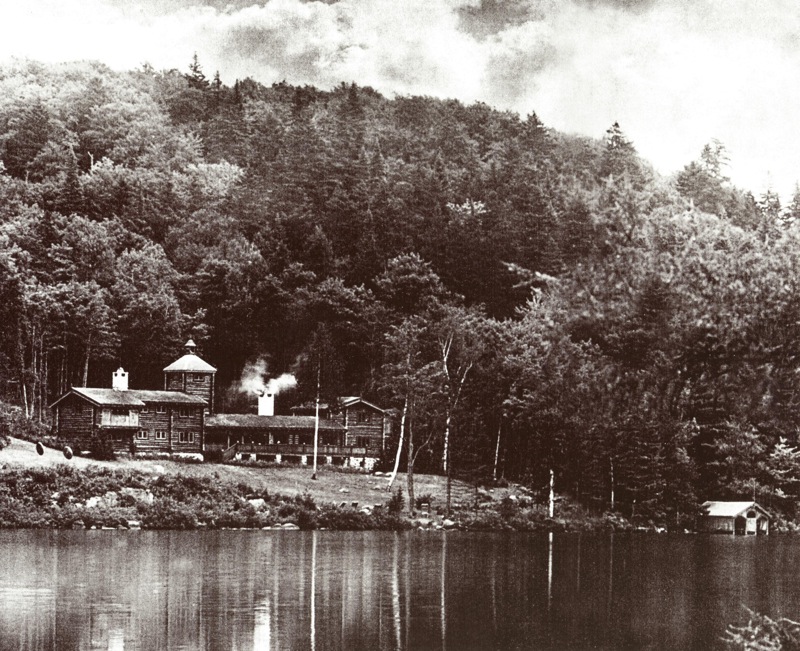 McConnell’s house on Gore lake around 1930 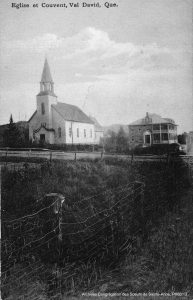 The Residence Sainte-Esther next to the church, around 1923

The pure air in the region continued to be a drawcard. Even nuns from the Sœurs de Sainte- Anne community came here in 1922, building the Résidence Sainte-Esther right beside the church. They would come to stay and care for nuns who were ill, particularly with tuberculosis. Curé Ernest Brousseau asked them to take charge of the first village school, which they did. The growing village now had a school, and electricity and town water was also introduced… It was becoming ever more attractive.

This was the charming village that would be discovered toward the end of the 1920s by the first skiers and rock climbers.