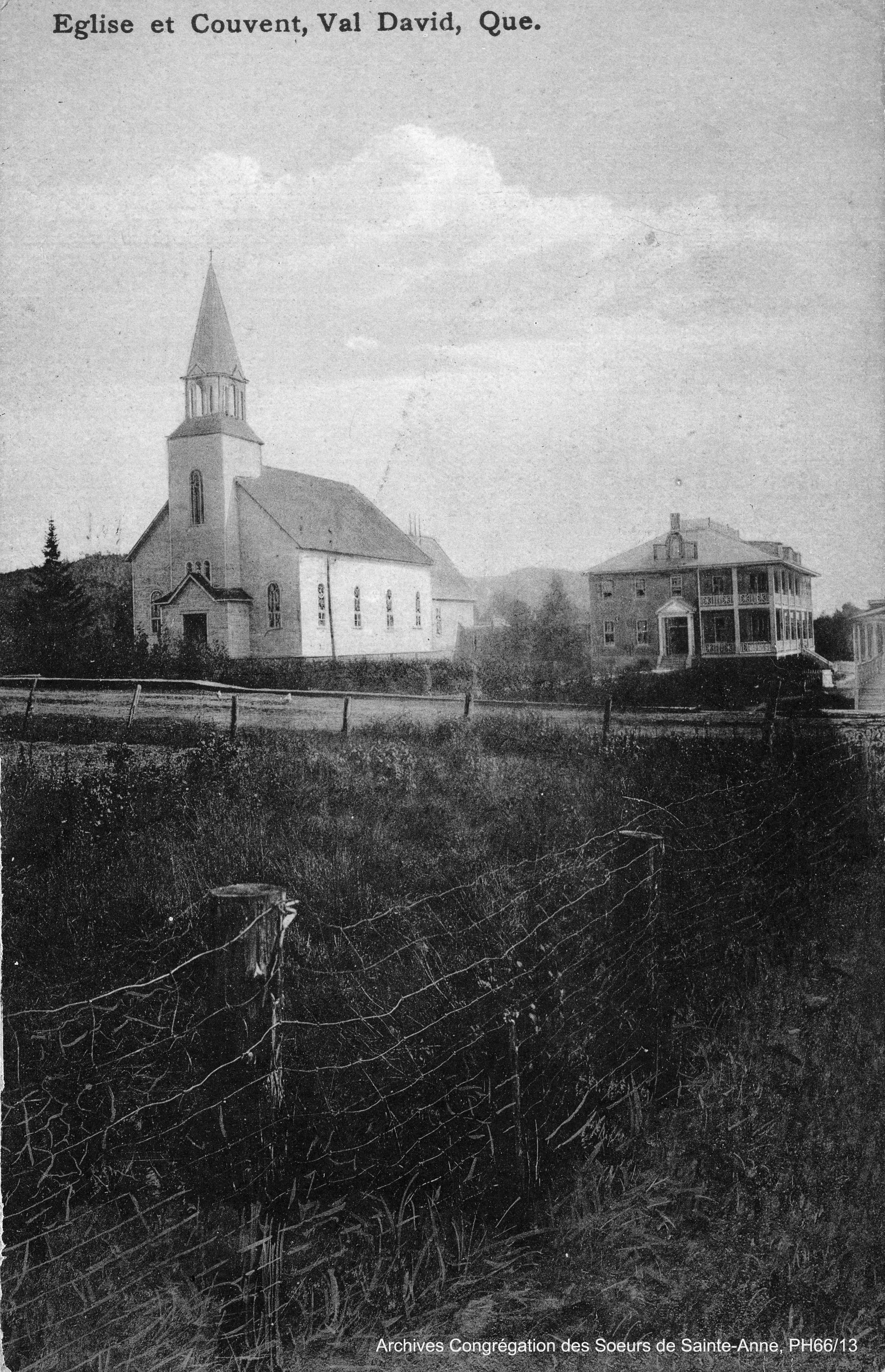 The first parish priest (or curé) of Val-david, Ernest Brousseau, was approached in 1921 by Sister Marie-Antonine (Albina Bélisle), a daughter of Joseph Belisle (the local train station was named after his mills) who joined the Congrégation des Sœurs de Sainte-Anne in 1883. The Congregation wished to build a home in which members could come to retreat or be cared for if they were ill. The region being known for its curative virtues, more than a dozen sanatoriums were built around Sainte-Agathe between 1889 and 1912. Both Monseigneur Brunet, bishop of the diocese of Mont-Laurier, and Curé Brousseau were very happy to have the Congrégation des Sœurs de Sainte-Anne come and settle on their territory.