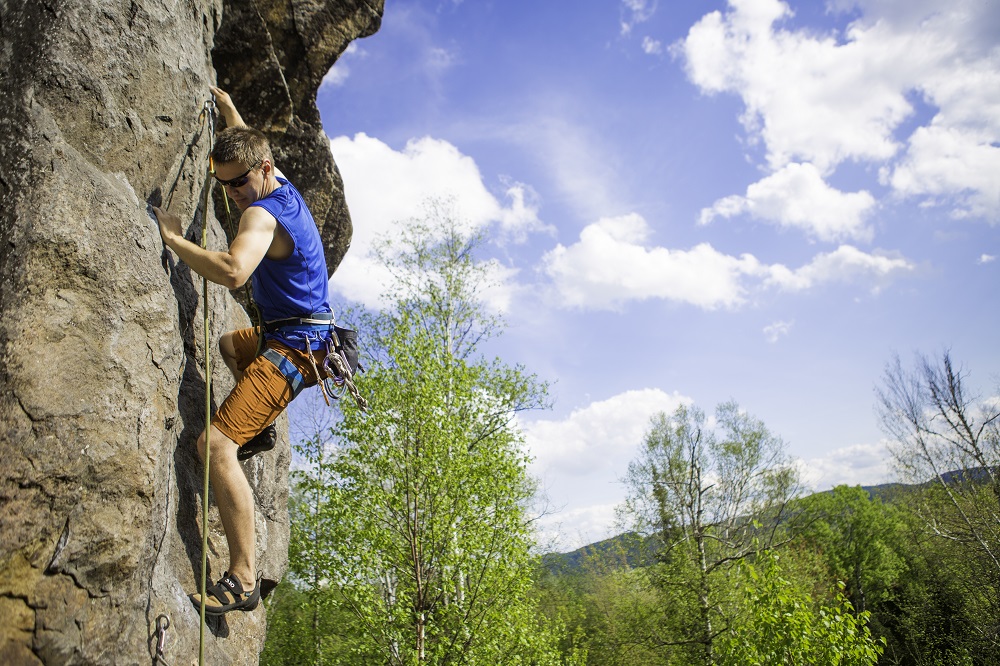 Ghislain Allard in a sports route

Things continued to move on in the 1980s thanks to the innovative approaches of these rebel climbers who were pushing the limits ever further, backed up by new technology. The advent of devices and anchors that could be fixed permanently in the rock meant that the rock walls of Val-David could be opened up beyond the cracks on most of the smoother rock faces, which could not be climbed in the past. This technology allowed many new routes to be permanently equipped with the protection needed to secure a climb. In fact, it was during this key period that a phenomenal number of route setters suddenly appeared. Some of them, refusing to be told what level of difficulty they had a right to climb, opened up some very difficult routes.

The appearance of permanent anchors in the rock walls of Val-David corresponded with the arrival of indoor climbing centres in the Montreal region. The people running these centres offered beginners’ courses for people who would later climb outdoors, notably in Val-David, thus contributing further to advancing the sport and helping the development of our region.

In 1990 and again in 2019, the Fédération Québécoise de la Montagne et de l’Escalade produced two promotional films, shot almost exclusively in Val-David. In one of these films, Thérèse Dumesnil, an outstanding figure in rock climbing in Québec and citizen of Val-David, explains the importance of the presence of women in this sport and in outdoor activities in general. She also explains in what way she was able to assist in the growth of this sport in the 1980s.

Women in the outdoors and rock climbing (subtitles available in FR and EN).  Watch this video with the transcription (EN).

As for Passe-Montagne, the climbing school run by Paul Laperrière and Dominique Forget, it continued to be a major contributor, bringing a significant number of youthful climbers to the village, some of whom settled down here. This constant inflow of sports-minded folk certainly gave the village a definite colour. 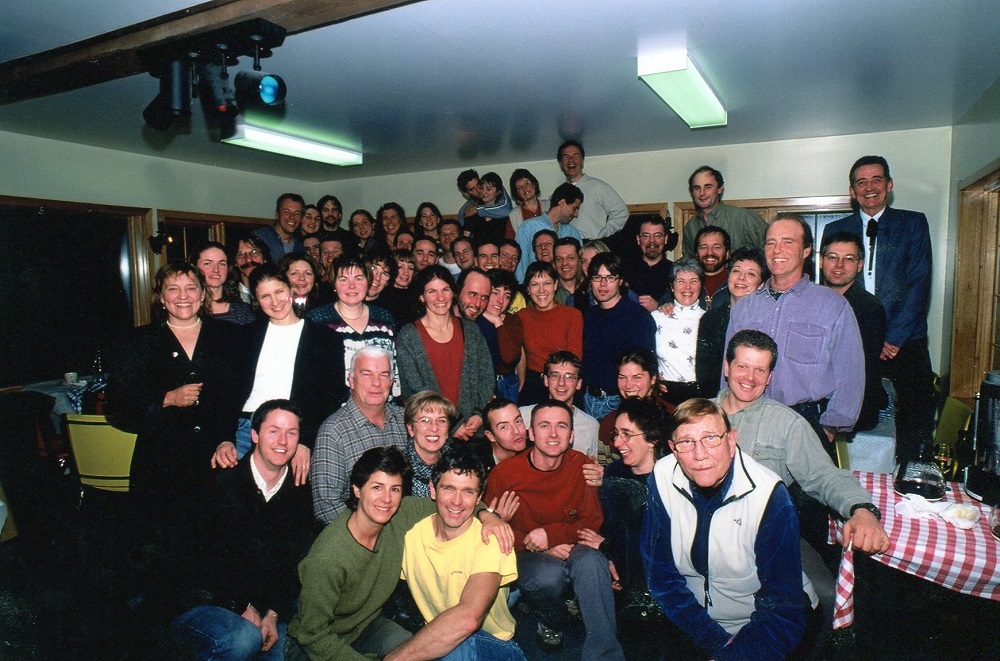 20th anniversary of Passe-Montagne in 2001

All this boosted the notoriety of the rock walls of Val-David, making an important contribution to the way in which our village was being developed by the community. This attraction in our municipality also added a unique element of diversity to our tourist region.

The Rebels Take Over! Creation of the Val-David / Val-Morin Regional Park