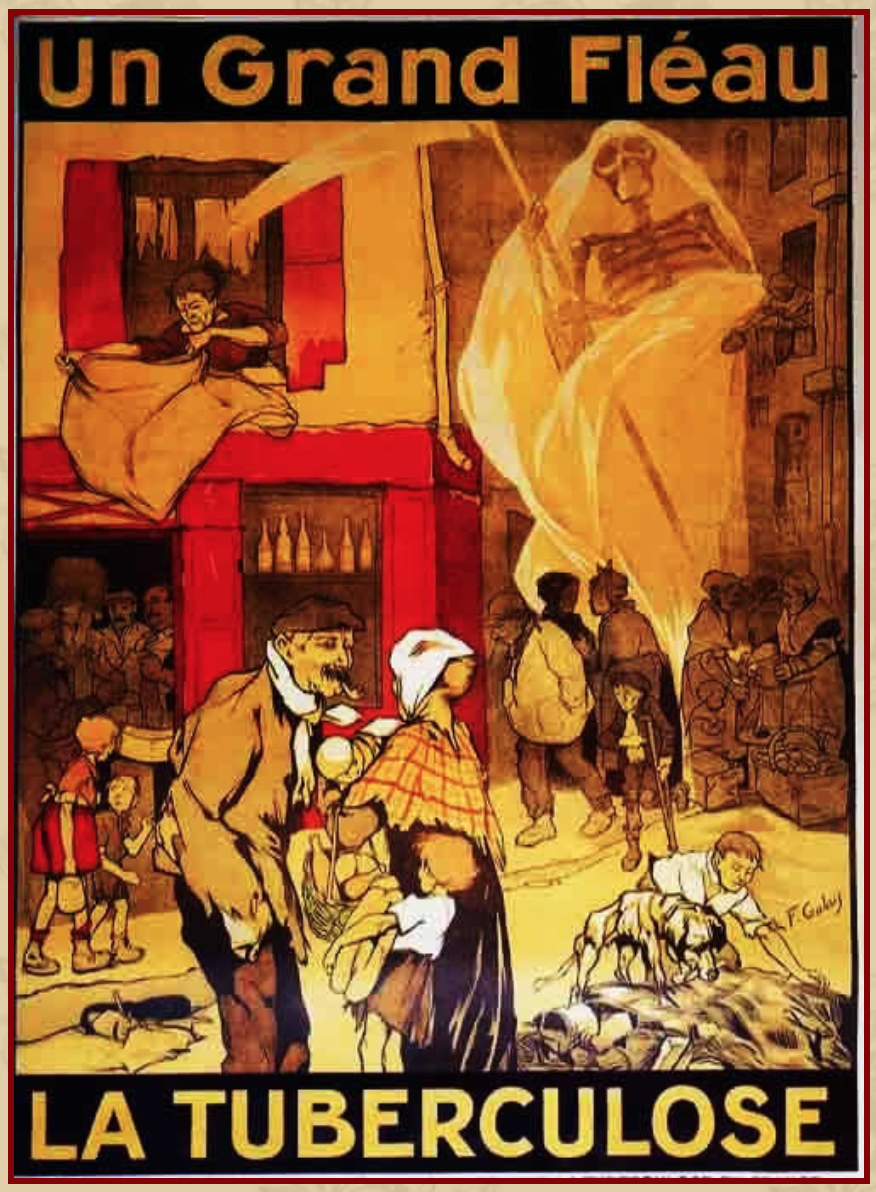 A French poster from 1917, part of a preventive campaign following the Great War, which was accompanied by an increase in the number of deaths due to tuberculosis. In a scene from daily life in a poor district, potential tuberculosis victims are shown in ways that make them liable to catch the disease due to their promiscuity, lack of hygiene and use of alcohol. Workers could spend the greater part of their wages on drink, leading to poor diet and malnutrition. In the background can be seen the Grim Reaper.