Auberge Le Rouet was located  on a hillside overlooking La Sapinière at 1288, rue Lavoie. It was one of the leading lights of tourism in Val-David between 1957 and 2009.

THE STORY OF LE ROUET

The first building of the Auberge was erected on former grazing land by Oscar Lalande in 1927. The design was log cabin-style and architecturally rustic, with two floors and balconies on two sides. The inn contained three bedrooms, a kitchen, a salon with a fieldstone fireplace and a dining room. 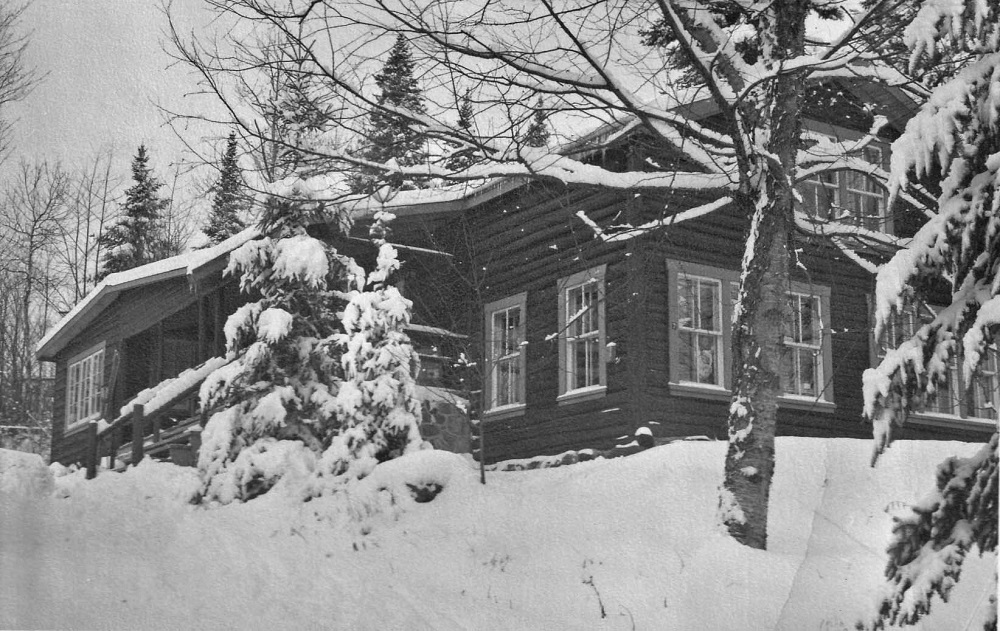 Abbé Bernard Gingras rented the establishment from 1947 to 1950. He used it as a holiday camp called “Les Écureuils” and gave it the name “Le Rouet.”

In the winter of 1953, Cécilia Bourdeau-Poissant, the new owner of Le Rouet, took in a few skiers in order to make ends meet. But it was on September 21 in 1957 that the inn finally took on its new vocation under the next owner, Pierre Lefebvre. Thus, the true story of Auberge Le Rouet get underway. With the passing years, Pierre Lefebvre continued to dream of extending the inn. In 1959, he purchased the neighbouring building, a cottage called “Le Suisse.”

Thanks to a flourishing business, it soon became necessary for the kitchen to be rearranged. The activities of a group of rock climbers from the Club de Montagne le Canadien started to become an annual event. In 1960, Pierre Lefebvre built an extension onto Le Suisse. In 1963, he decided to please his clientele by building an outdoor pool surrounded with a patio.

In 1968, the now experienced innkeeper joined the two buildings together. In addition, he extended the kitchen and added 14 new rooms along with a reception area, a waxing room for skiers, plus other hotel services. That same year, Pierre Lefebvre catered for the climbers and technicians who were filming the documentary Les Rochassiers. Thus was a close collaboration established between the Auberge and the FCMQ for a number of years, with the FCMQ holding various workshops and courses at the inn. During all the years of its existence, the clientele of Auberge Le Rouet was mostly drawn from outdoors aficionados. 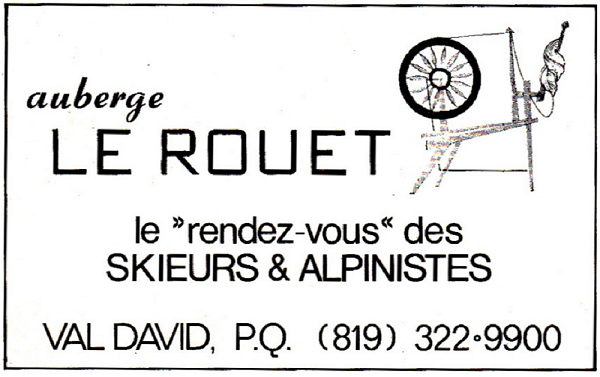