The Régal Theatre is a crowd puller!

It is still unclear whether the astounding attendance of Rouyn and Noranda theatres in the 1940s was due to scarcity of leisure, the remoteness or the difficult living conditions in the mining district. At the time, it was in the sister cities that you could find the highest number of theatres per capita in all of Quebec: one theatre per 3 346 inhabitants. In 1949, there was a record-breaking attendance with a total of 769 000 admissions: 2 100 admissions per day and nearly 35 admissions averaged per person each year. 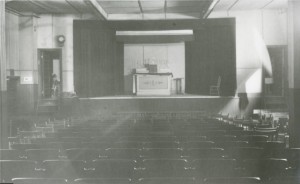 Inside the Régal Theatre where we can see an altar on the stage.

Rouyn’s first movie theatre, the Régal Theatre, opened in 1926. It was managed by Ms. H.S. Carey and bore many names over the years (Le Lido, L’Odéon, and Rouyn). Many other theatres quickly began to pop up in the sister cities: The Noranda, the Capitol, the Princess, the Alexander (Olivato), the Paramount and the Montcalm. 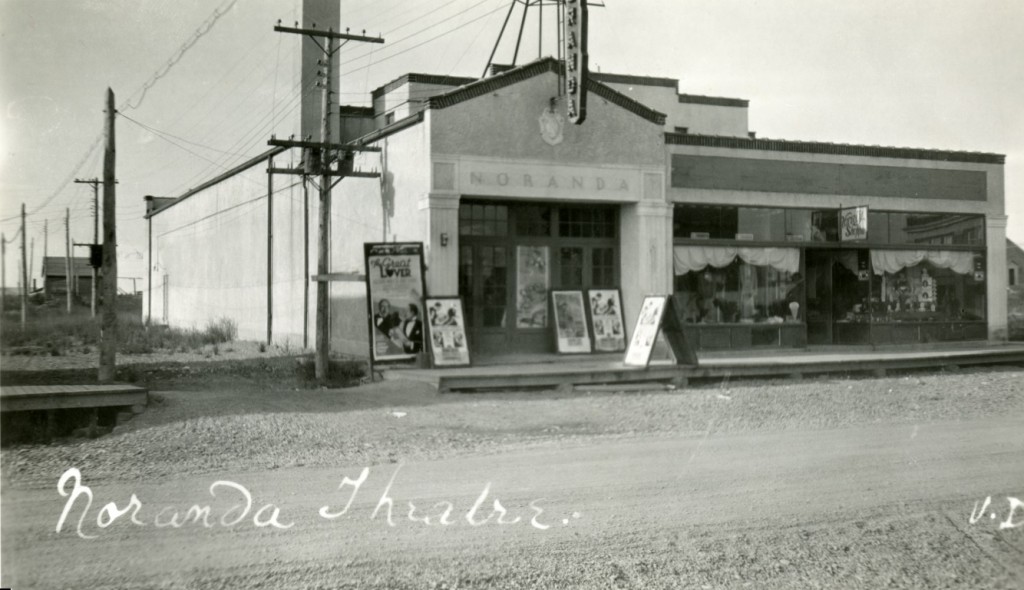 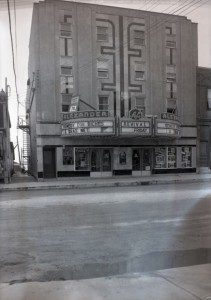 The building of the Alexander Theatre, formerly located on Principale St. in Rouyn.

As opposed to church halls that only screened documentaries and French movies, Rouyn and Noranda theatres showed predominantly American movies.

Ultimately, the advent of television in 1957 tolled the death knell for the golden age of cinema in Rouyn and Noranda