Portage and Perrault streets in Rouyn, circa 1926.

As opposed to Noranda, a city owned and strictly monitored by the Noranda Mines company, Rouyn was known for its active social life; it expanded without a development plan and shaped by speculation.

Rouyn began to develop as early on as spring of 1926—a few years before Noranda—along the south shores of Osisko Lake. Nevertheless, it officially became a village municipality in May 1926 and a city in April 1927. With a population of over 600 inhabitants, Rouyn already looked like a small village by the time it was incorporated. 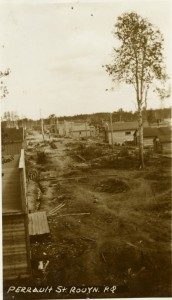 As a diverse populace of prospectors, geologists, adventurers and a floating population of lumberjacks arrived, more and more families settled in log cabins within the new mining community. In the early days, these newcomers would be known as squatters because they would build houses on land for which they had no legal rights. However, the Rouyn-Dasserat Goldfield company, along with private speculators—G.A. Bagshaw and J.E. McQuaig—, quickly devised a plan to curb these squatters: They would purchase property lots and resell them at a higher cost to reap substantial profits.

Watch the video and view the transcript

Unlike the city of Noranda, whose commercial activities were limited, Rouyn was the largest service provider in Northwestern Quebec. Soon enough, the city was even more populous than Noranda; between 1931 and 1941, the number of residents rose from 3,225 to 8,808. 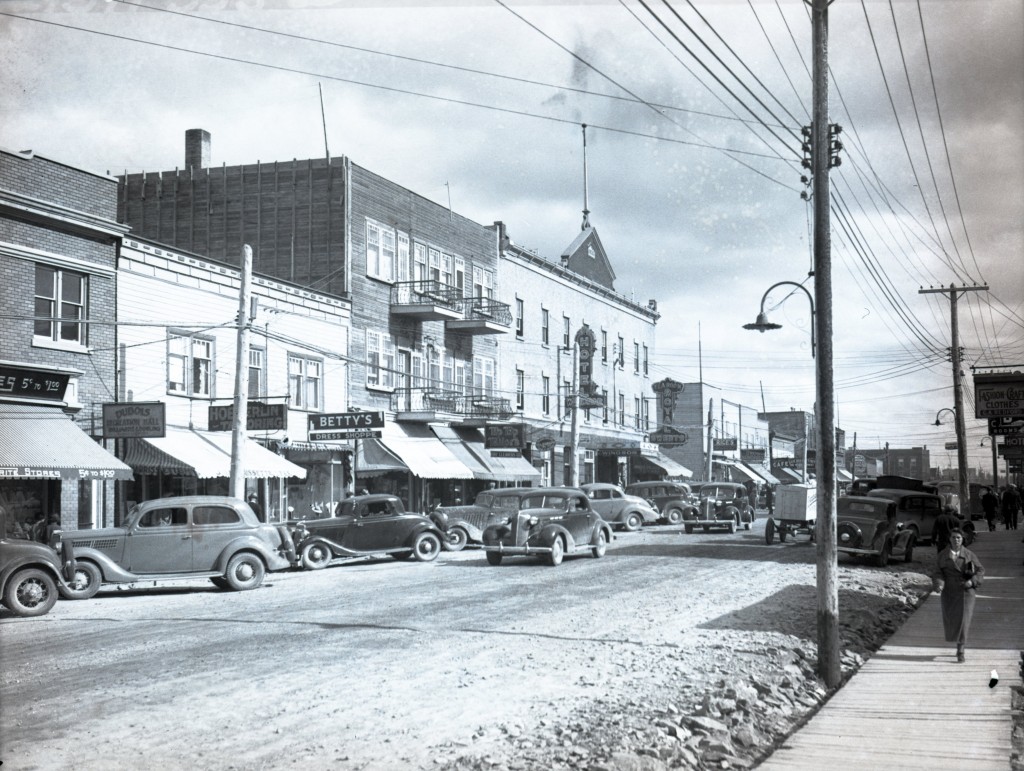 The Short-Lived Village of Mercier A Nightlife Full of Spirits