Vantage point of the city where you can see a Scandinavian sauna.

According to Canada’s 1931 Census, Rouyn and Noranda were the second most cosmopolitan cities of the province, right after Montréal. In the Rouyn township, there were numerous people of Polish, Russian, Ukrainian, Finnish, German and Austrian descent, as well as some Jews and Chinese.

At the very beginning, however, the first workers of the mining company were English-speaking people from Northern Ontario. Most of them were skilled workers who dug shafts and built the smelter and other buildings. 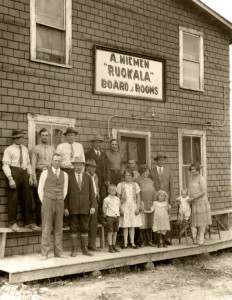 A group of people in front of A. Niemen boarding house.

As soon as the mines started operating, a large and diversified group of workers from Eastern and Central Europe joined them. At that time, these new workers were virtually the only ones willing to accept the harsh working conditions in mines. French Canadians would call them “Fros”, a contraction of the word “foreigner”. 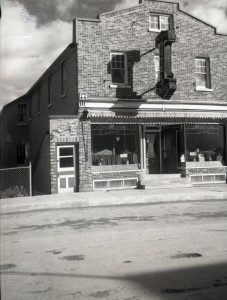 The German Club then located on 8th Street in Noranda.

These international immigrants gathered mostly in community halls. In Noranda, there was the Croatian Hall, shared by Serbians and Slovenians, and in Rouyn, there were the Finnish Hall, the Polish Hall, the Ukrainian Hall and the Russian Hall. As some communities were too small to have their own hall, the Slovakians for instance, they would often use those from other communities or meet each other at the Moose Hall. 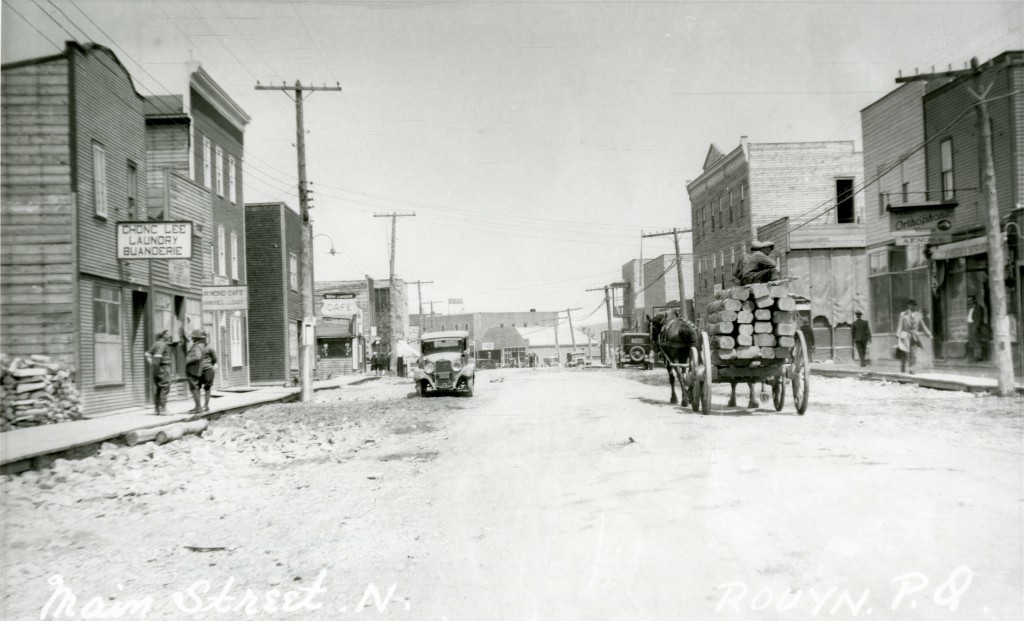 The Chong Lee Laundromat located on Principale Street, circa 1928–1930.