A masked man driving cars in the smelter.

To this day, the two Horne smelter chimneys are landmarks in Rouyn-Noranda. At first, Noranda Mines decided to build a smelter that could process 500 tons of ores on a daily basis. Even though the amount of ores found at that time was small, they chose to double the quantity that could be processed. 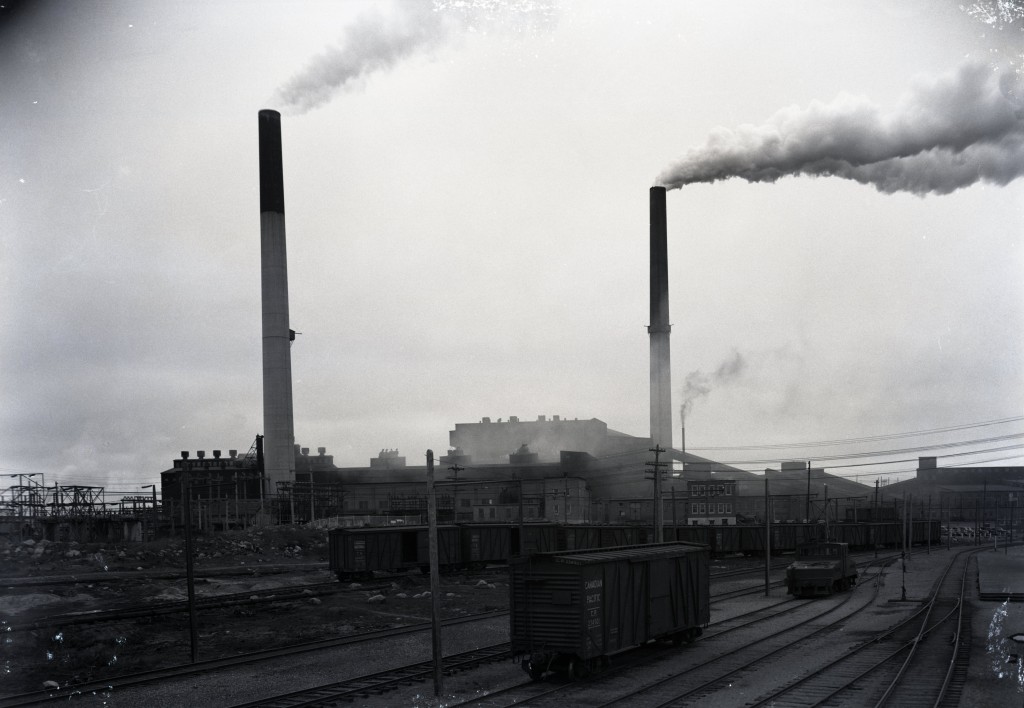 The Horne smelter with its two smoking chimneys.

This decision worried some top executives. To put one of the principal investors, Humprey Chadbourne, at ease, president of the Noranda Company J.Y. Murdoch told him that: “[. . .] This smelter will be a monument that either exemplifies our stupidity and recklessness, or our wisdom and foresight.” 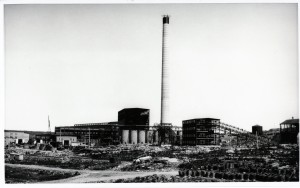 The construction of the Horne smelter.

The construction of the plant began in May 1926 and ended in December 1927. Since the winter of 1927 was especially harsh, the construction was troublesome for those working aloft. 2 400 tons of steel, 500 000 bricks, and 4 000 yards of cubic metres of concrete were needed to build the colossal smelter. It had two coal furnaces, two converters, eight grate furnaces (coal-fuelled) and a chimney. Subsequently, the smelter’s processing capacity was doubled, reaching 2000 tons a day in 1929, and then 5 500 tons a day in 1937. While the Horne mine discontinued its underground operations in 1976, the smelter remains active to this day.

The smelter previously used coal and oil to heat ores. They stopped doing this when the gas arrived in town. 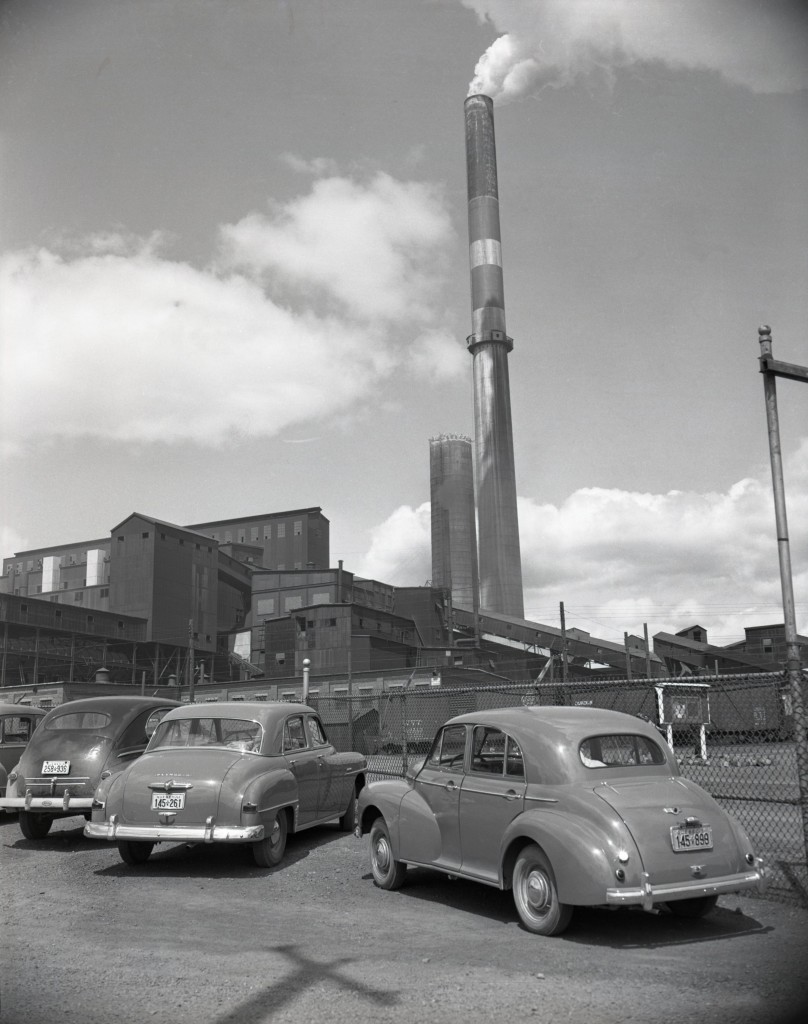 The Work of Underground Miners The Second Wave of International Immigration