In the early twentieth century, many precious ore deposits were found in Northeastern Ontario, namely in Sudbury, Timmins and Cobalt. The idea that mining resources could potentially be found in neighbouring Abitibi began to emerge. Prospectors, travelling alone or in pairs, were driven by a thirst for adventure and a lure of profit that drove them to remote Abitibi in the hope of getting rich. They travelled only with very few supplies and rudimentary prospecting tools. 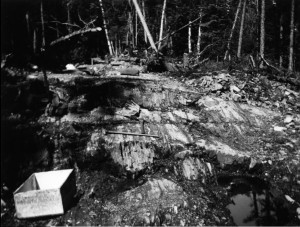 Prospectors searching for occurrence of precious ore deposits on a rock outcrop.

Exploratory work is very challenging, especially in uninhabited territories. At that time, First Nations were going to this area, but only to hunt: it was not the best environment to settle permanently. Prospectors faced the inherent problems of living in the forest, such as an arid climate, insects, risk of accidents and illnesses, and lack of funding.

We worked for eight hours, sometimes ten, it depended. The days we lost, well… sometimes, we lost two to three days because it was raining pitchforks and well, we stayed in later to show them that we had done something. 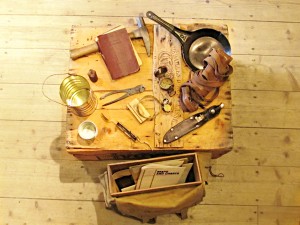 While some prospectors were lucky and persistent enough to make important discoveries, most failed to find the coveted deposits. A number of them had to work in operating mines in order to survive and save money for their next adventure.

In Abitibi, it was virtually impossible for prospectors to develop the deposits they found by themselves, as opposed to previous gold rushes like the Klondike or in California: the cost of building a mine was too high. Prospectors of this area had to sell their claim to speculators who tried to make it grow in value.

Interview with Mr. Hambry about the prospector trade in the Rouyn township: 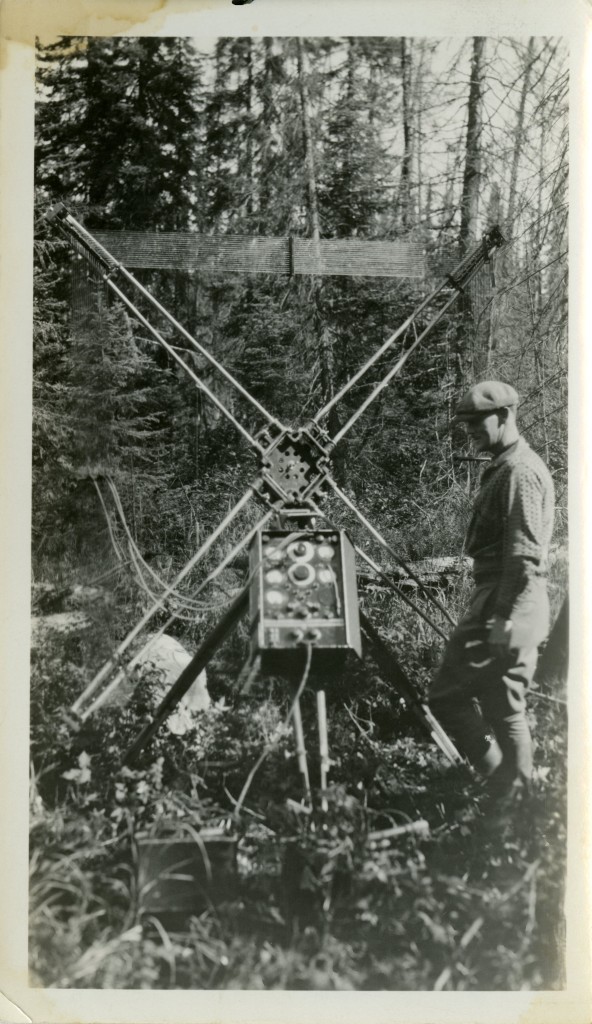 A prospector with a tool to find ores in the ground.

A Mining Story That Goes Way Back Edmund Horne: The Architect of a Remarkable Discovery