The first Horne mine settlement close to the future location of Noranda city.

Shortly after hearing a barrage of rumours related to immense mining opportunities in the Rouyn township, Thompson-Chadbourne Syndicate, a mining company ran by financiers from New York and Ontario, decided to acquire a large quantity of mining concessions. This included Lake Tremoy Syndicate founded by Edmund Horne. Thompson-Chadbourne Syndicate was incorporated in Toronto as Noranda Mines Limited, a name that would have a profound impact on the township’s mining history. 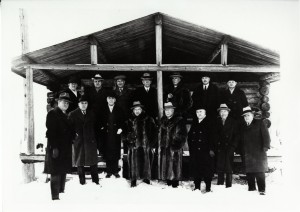 A group of directors in front of the Horne mine manager’s office.

James Y. Murdoch, a young Toronto lawyer, was hired first as a legal advisor, but accepted a temporary assignment as the company president. He would finally occupy this role for 33 years. 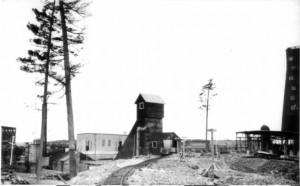 A headframe, or a shaft, at the Horne mine in Noranda.

However, in late 1923, Sam Thompson, one of the company’s major shareholders, made a trip to the Rouyn township and asked Fletcher to drill on Horne’s property, even though it did not look very promising at first. The samples of the second drilling revealed that the deposit had a high content of copper and gold. Quickly, a shaft was dug, and Noranda Mines was guaranteed a prosperous future. 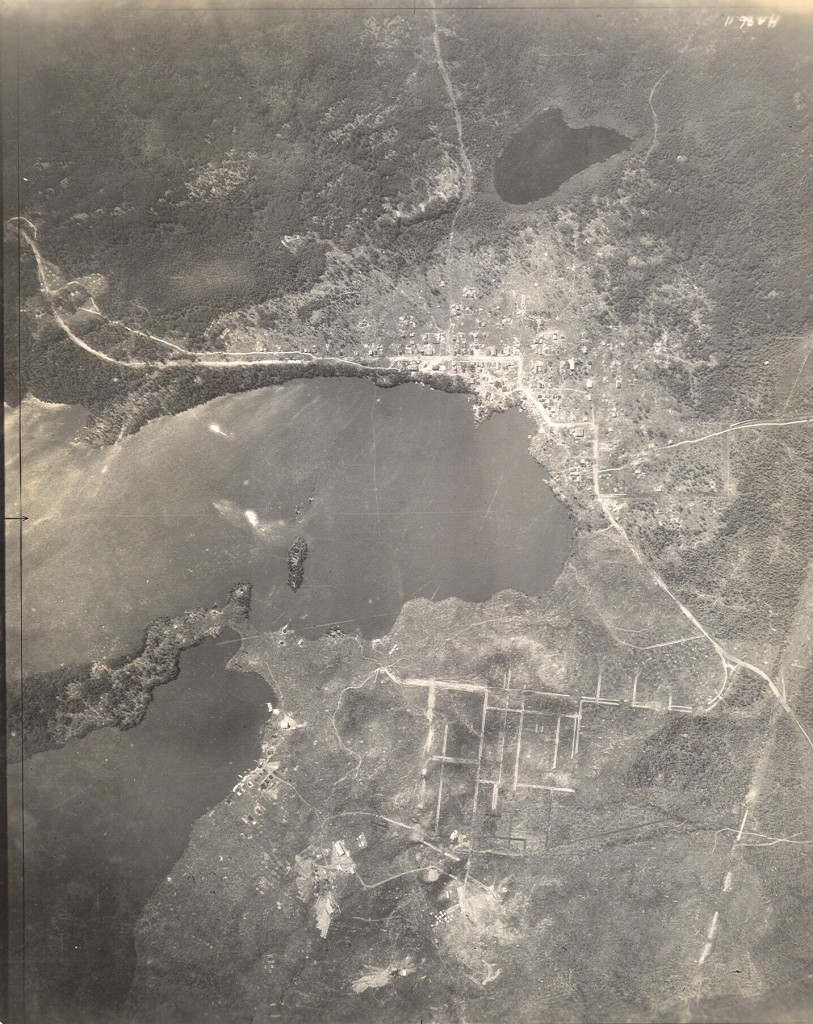 Aerial view of the Rouyn township in the mid-1920s.