In its early days, Rouyn city was mostly inhabited by single men and a few childless couples. The Dumulon was the first family to settle in the village. In the early 1920s, Jos Dumulon, then director of a phone company in Témiscamingue, heard a rumour about the discovery of precious ores in the Rouyn township which pushed him to begin building a general store. He intended to take advantage of the economic boom provided by the mining development of the area. So he built two log cabins on the south shores of Osisko Lake: one general store and a house. Jos Dumulon also established a waterway for the transportation of goods, which connected Ville-Marie to the Rouyn township. He built a stable and a post office as well. The Dumulon General Store, operating from the summer of 1924 to 1926, was basically the first company to supply various products to the pioneers. 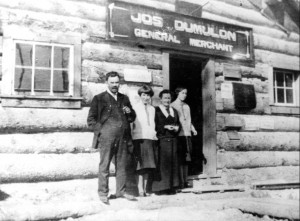 Jos and Agnès Dumulon with their two daughters, Cécile and Blanche, shortly after their arrival in Rouyn in 1925.

I got here in July 1924. My father had a general store and a shipping company since there was no other way than waterways to communicate with the outside world in 1924.

The General Store Dumulon in 1925.

Listen to the interview (in French only) and view the transcript.

In 1925, the new mining area had a strong economic growth, which still did not help the Dumulon family to get back on its feet. The family’s financial situation deteriorated when they sustained heavy losses as a result of mining speculation and of a shipping accident where the goods capsized. The couple had no choice but to close up shop after the general store went bankrupt in 1926. 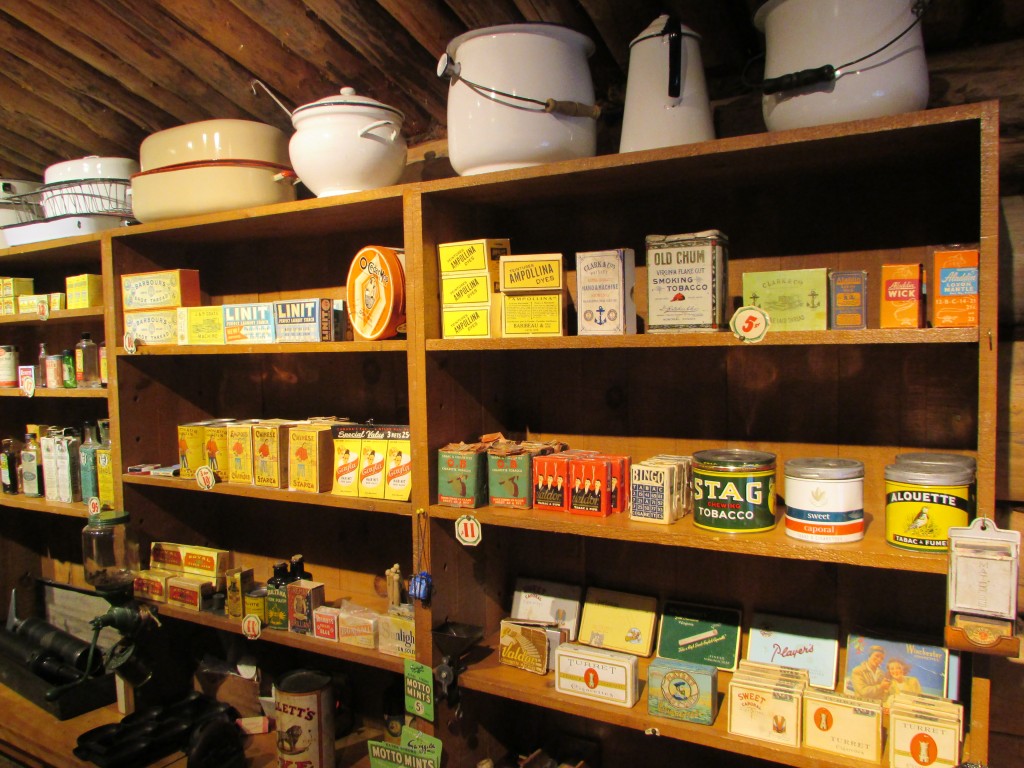 Some shelves of the Dumulon General Store.

A Nightlife Full of Spirits The First Wave of International Immigration