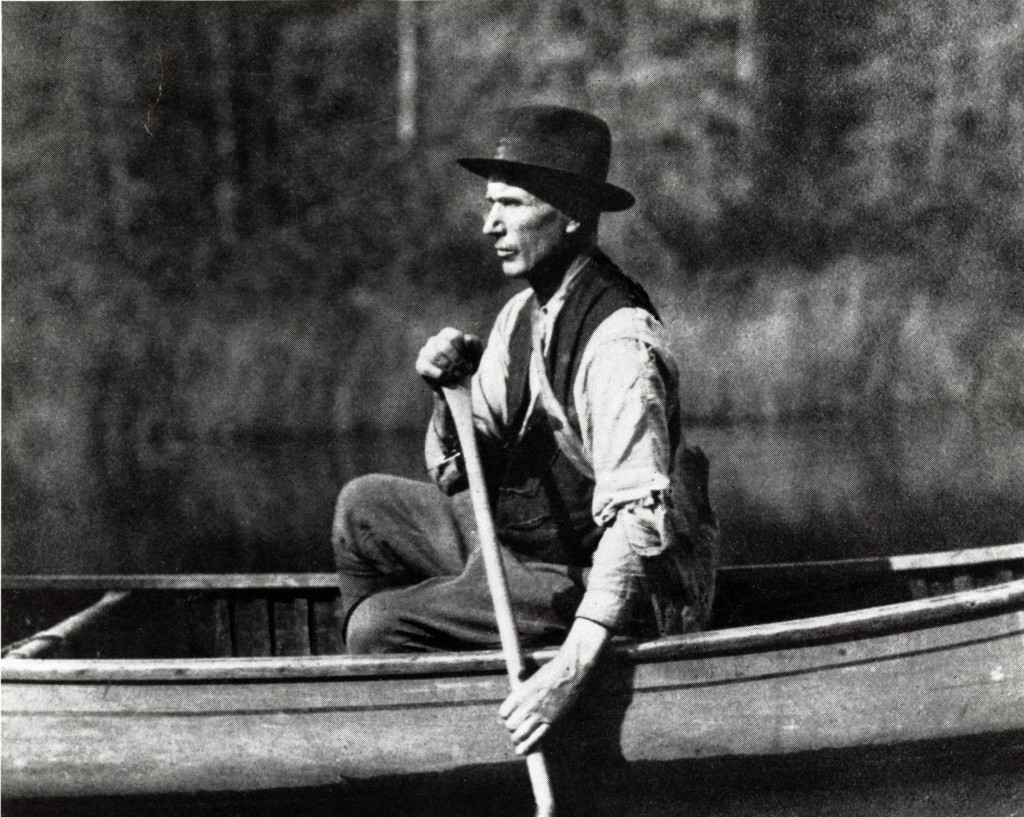 A now-legendary picture of prospector Edmund Horne in a canoe.

It is the prospector Edmund Henry Horne who discovered the deposit which led to the development of Rouyn and Noranda. After being trained in the mining trade in his hometown in Nova Scotia, his thirst for adventure led him to go prospecting in mining areas such as Colorado, British-Colombia and California. 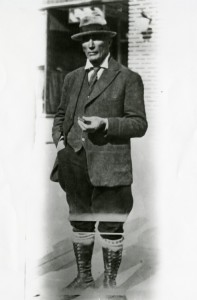 In 1908, he heard about the Cobalt mining development in Northeastern Ontario, and decided to try his luck. While he successfully earned a tidy little sum selling promising concessions, he did not make any major discoveries in this mining district. It was this setback that drove him to Abitibi, across the province’s borders, for future prospecting.

In 1911, upon his return from his exploratory journey on the Harricana River, Horne found evidence of ores on the shores of Osisko Lake in the Rouyn township. He went back in 1914 and 1917. Three years later, after founding a small mining company called Lake Tremoy Syndicate, he went back to the area and made important discoveries. By 1922, the small mining company owned a mining concession of 307 hectares in the Rouyn township. 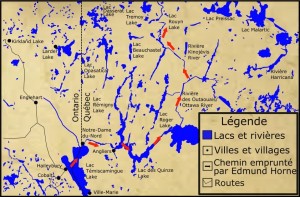 The itinerary followed by Edmund Horne to get to the Rouyn township.

Despite all of his efforts, investors shunned his discoveries due to accessibility issues and the fact that the samples did not contain a high enough composition in precious ores. The Rouyn township mining rush would have to wait a little longer. 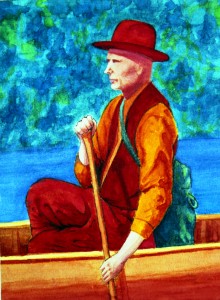 A painting based on the legendary picture of Edmund Horne.