The Bellevue Hotel, which used to be on Taschereau Street, in the early days of Rouyn.

As is often the case in new mining districts, Rouyn saw a lot of drunkenness, gambling, violence and sex work in its early days. This ebullient social climate was likely due to the large number of spouseless miners and lumberjacks in the city. 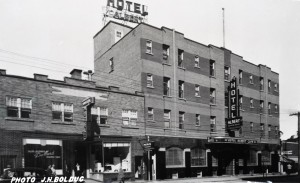 The Albert Hotel, located on Rouyn Main Street, remains in operation to this day.

While binge-drinking and illegal gambling were common practice throughout town, illegal sex trades were mostly practised in Vimy Ridge on the western shore of Osisko Lake. 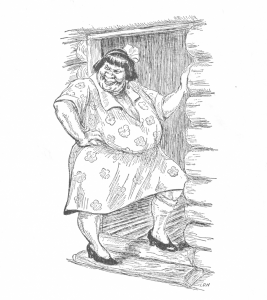 A rough caricature of Yukon Jessie, a notorious bootlegger.

The vast majority of sex workers were controlled by pimps who escorted them directly from Montreal, often by plane. Just like the miners, these women came working to this isolated place to save money in order to survive the difficult social and economic context.

In those days, The Liquor Corporation could only dispense liquor licences to organized municipalities. It was therefore impossible to legally sell alcohol before Rouyn’s incorporation in May 1926. The only way to purchase some was to have the bottles delivered through the mail or go to a blind pig, an illicit establishment that sells alcohol. 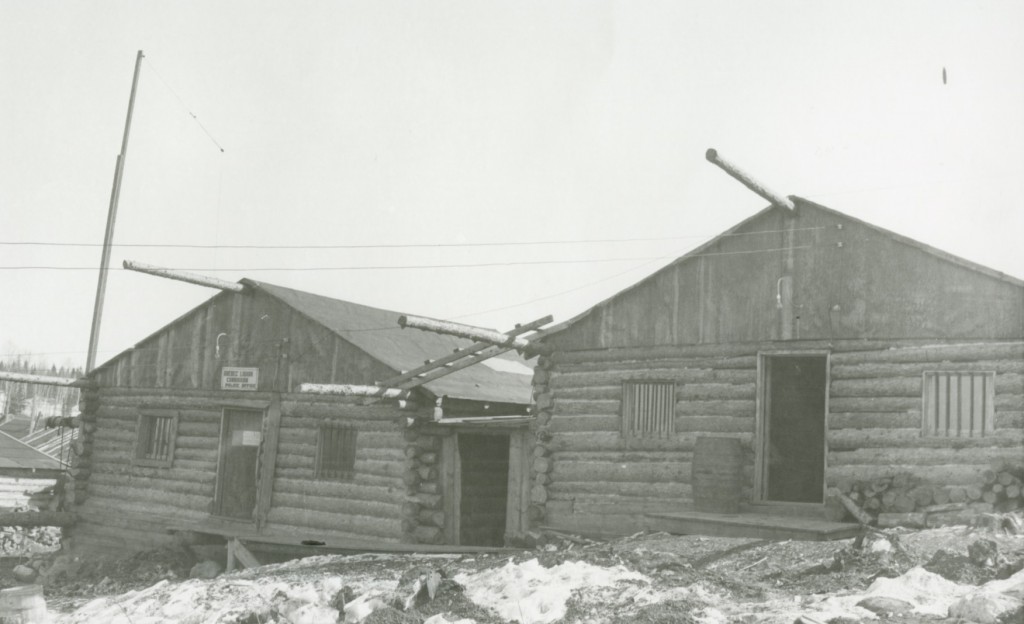 The first police station and the Liquor Corporation space in Rouyn around 1927.