A portion of Rouyn South before it was annexed to Rouyn city.

In 1932, in the midst of the Great Depression, more than 200 families settled in Rouyn South, a hamlet located north of the city. They were squatters, occupying federal lands or mining properties without having any legal right to do so.

After the notorious foreigners’ strike in 1934, essentially led by Neo-Canadians, Noranda Mines decided to change its hiring policy to employ more French Canadians. A number of these employees chose to settle in Rouyn South which was consequently mostly populated by French Canadians.

The people of Rouyn South were impoverished, like the majority of the squatter villages of the area.

“It is a challenging job, […] the classrooms are packed […] and children trudge through the mud. There are no sidewalks, no new roads. The school is in absolute poverty. Therefore, no school supplies and no bathrooms. But what is most distressing is the fact that the nuns have to beg each month, dollar after dollar, for their salary.” 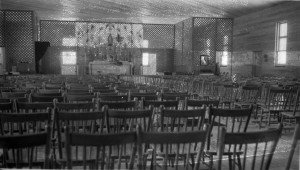 Inside the Rouyn South church.

Despite the residents’ unlawful living situation, the Oblates of Mary Immaculate decided to take the Rouyn South community under its wing as its population grew to ensure that the many children who lived there had a proper education. In 1938, after their many trips to Québec City to acquire government funding, the parish was officially entrusted to them. 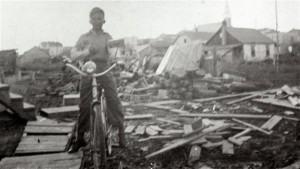 At the beginning of the 1940s, the provincial government decided to intervene in the matter to regularize Rouyn South’s situation. Three alternatives were considered: annexing the town to Rouyn, incorporating it to a separate town or simply destroying it. Ultimately, Adélard Godbout’s Liberal government opted for annexation. 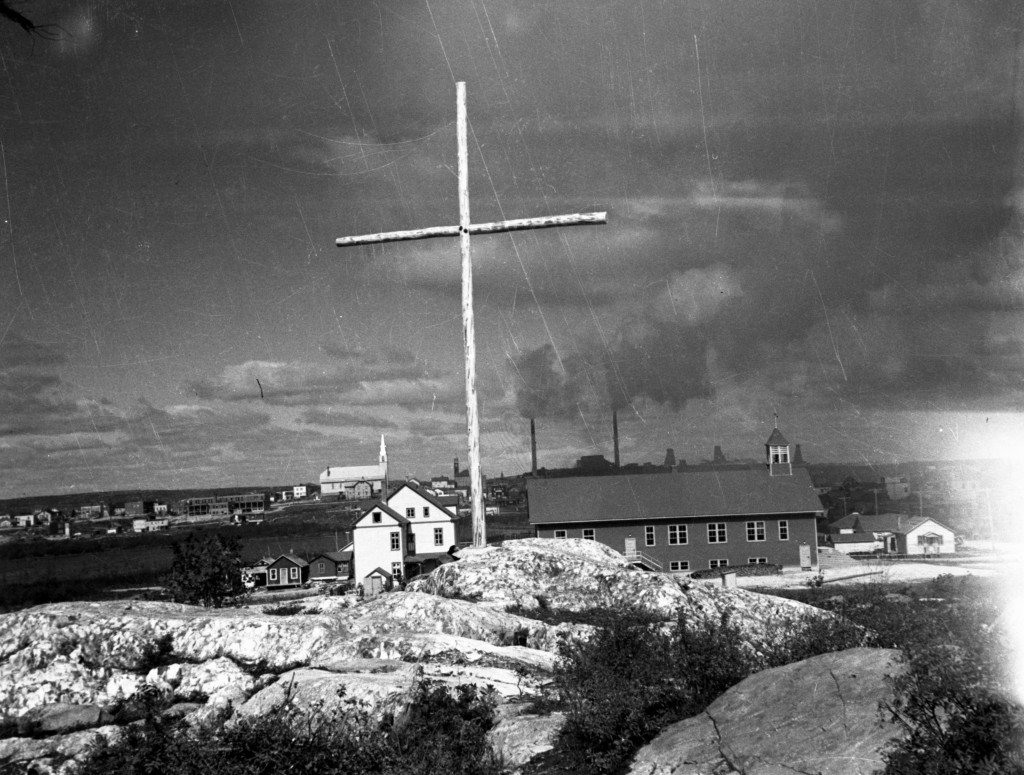 Vantage point of Rouyn South Church. You can see Rouyn and Noranda in the background.

The Foreigners’ Strike of June 1934 The Work of Underground Miners