An aerial view photograph of the Rouyn mining village in 1926.

After Edmund Horne’s discovery of a precious ores deposit, big mining companies and banks were still reluctant to invest in the mining development of the Rouyn township, a difficult location given its remoteness and the lack of transportation infrastructure. Because of this, they concluded that a mining company would not be a profitable investment since Horne’s samples did not contain enough precious ores. 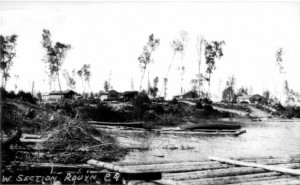 A few log cabins on the southwest shores of Osisko Lake.

However, the situation had a dramatic turnaround in 1922 as geologists reckoned that there could be deposits not only in Ontario, but also across its borders in Abitibi. Tom Powel discovered a rich vein of gold the same year. These two events kicked off a great mining rush in the Rouyn township. 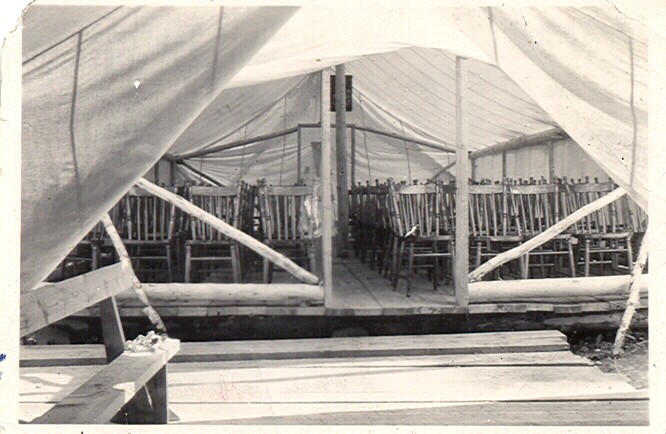 A rudimentary place of worship.

The news spread fast and prospectors looking for precious ores began swarming into the Rouyn township. In one year alone, 640 mining claims, that is to say 86,000 acres, were registered for that part of the Cadillac Fault. At that time, the number of independent prospectors increased, and Horne camp began to grow. About 20 workers lived respectively in the Powell and Chadbourne camps.

“Before that very first year when we arrived, the forests were all still intact in what would become a huge construction site here in Rouyn.”

An interview with Mr. Vital Goulet, one of the early pioneers in Rouyn. 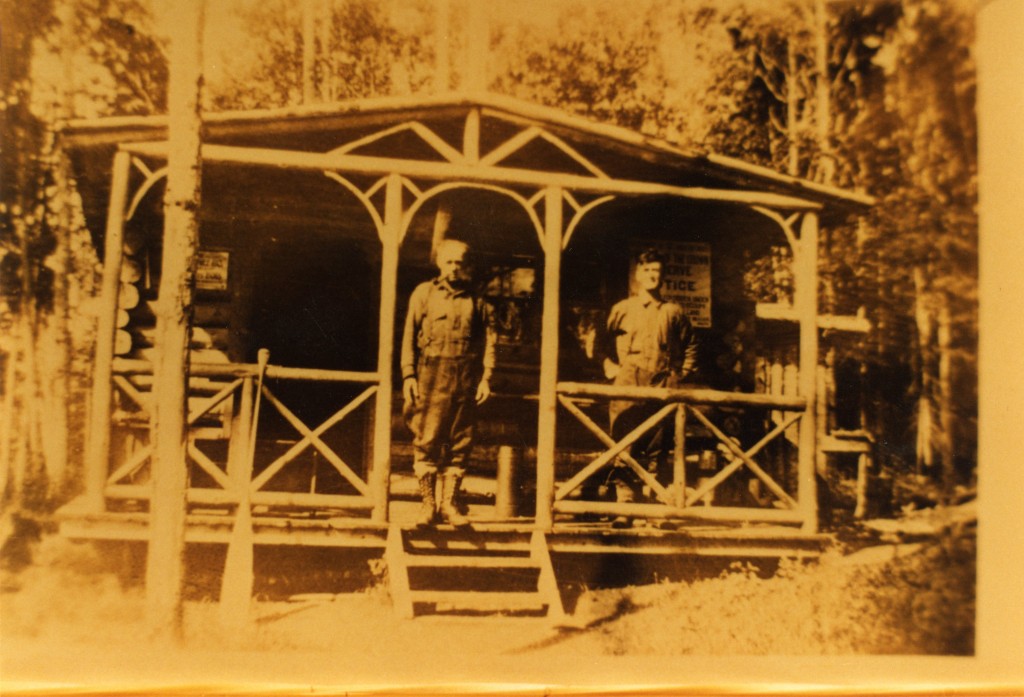 Immediately after the arrival of an increasing number of prospecting teams, merchants and families settled in log cabins along the shores of Osisko Lake. In 1924, Rouyn was still in its infancy period, but by 1926, the town had a population of 600.

Edmund Horne: The Architect of a Remarkable Discovery Noranda: The Founding of an Empire