Aerial view of the managers’ neighbourhood in Noranda, 1939.

In 1925, Noranda Mines confirmed that they were resting on one million tons of gold and copper ores. It therefore decided to invest in its future and laid down the groundwork for a mine, a smelter and a city on the north shore of Osisko Lake. 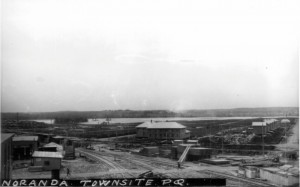 On March 11, 1926, a bill was passed which would officially grant Noranda municipal status. Subsequently, Noranda Mines oversaw the construction of public infrastructure. As of 1927, residential and commercial land was being sold. The company kept some of this land in order to house executives and employees.

A 1939 film by Armand Sénégal that features Noranda City.

Watch the video and view the transcript

Since its earliest days, Noranda city had a special status which exempted it from several requirements under Quebec’s Cities and Town Act. This exemption gave them great power over the management of public affairs. The city had the power to, among other things, issue regulations to prevent gambling, prostitution and panhandling. By doing so, the mining company tried to avoid disruptions, which were common during the development of Ontario’s mining cities such as Cobalt. 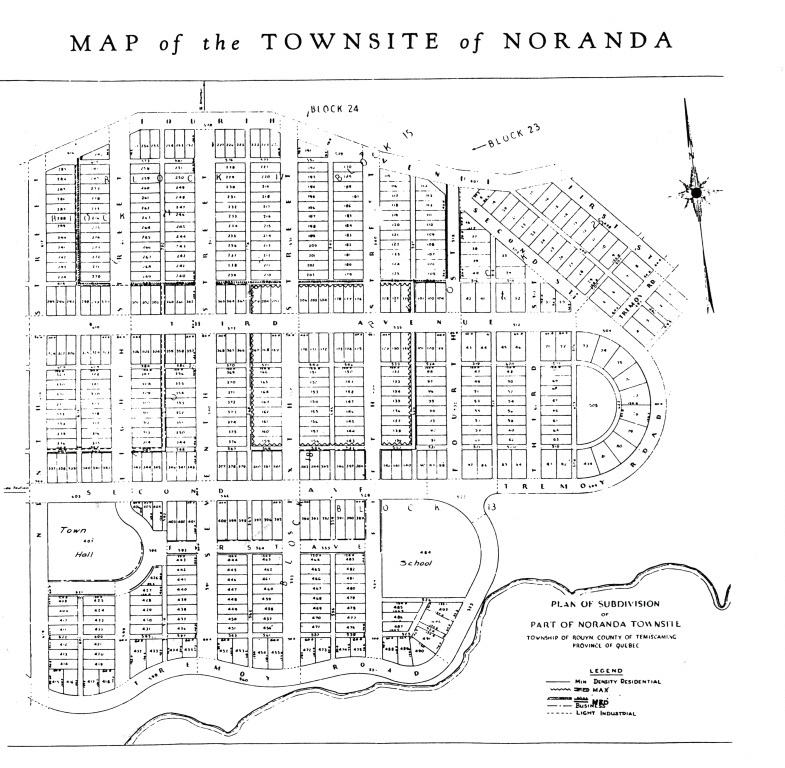 Noranda city was tied to its mining company for a long time. James Y. Murdoch, president of Noranda Mines, is naturally appointed as the city’s first mayor. He managed Noranda city from his office in Toronto. In 1929, company CEO Ernest Hibert superseded him.

Noranda: The Founding of an Empire The Short-Lived Village of Mercier