The British had arrived in the spring. Now, they were advancing up the St. Lawrence River, taking control of it as they went, as they prepared to seize Québec. Since their crushing defeat by the French at the foot of the Montmorency Falls three weeks earlier, on July 31, 1759, their presence in the Côte-de-Beaupré region had become increasingly threatening. British soldiers had been rampaging through the countryside, setting fire to virtually every farm in their path. 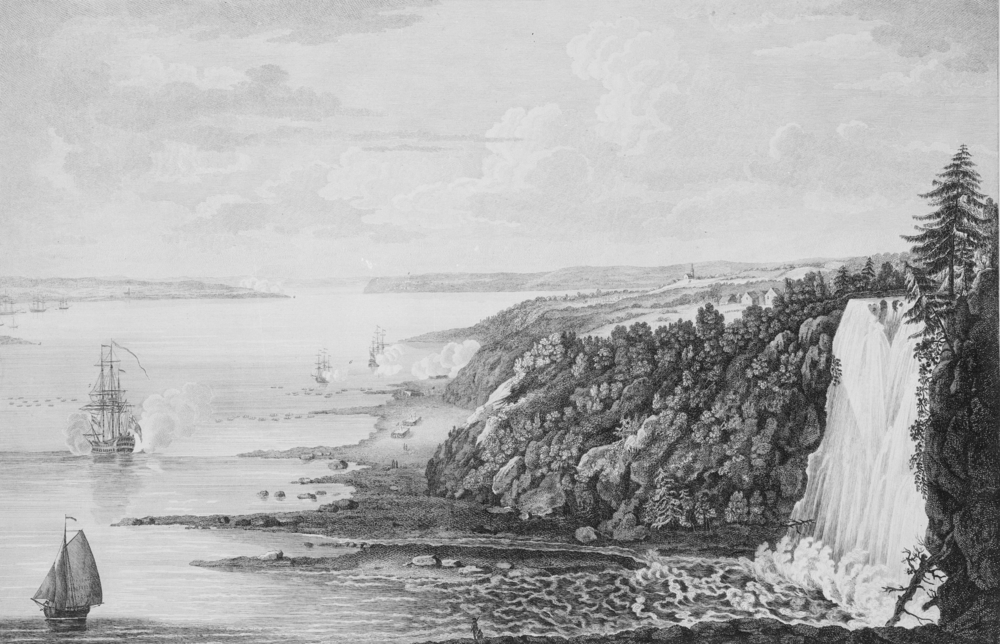 Despite the orders of the religious authorities warning clergymen who took up arms they would face excommunication, Philippe-René Robinau de Portneuf, who had been the priest of Saint-Joachim for nearly 25 years, gathered several of his parishioners together to organize an armed resistance against the attackers. More than 150 British soldiers had disembarked in Saint-Joachim seven days earlier and wasted no time taking over the presbytery and establishing themselves there.

On the morning of August 23, the British made their move. The priest knew only too well what was in store: fire and destruction. He had heard about the raids carried out by the enemy troops, and his mind was made up. He had no intention of abandoning his parishioners. Hidden in the woods not far from the church, Robinau de Portneuf and his flock waited, weapons in hand, ready to defend their land and country. The soldiers approached, poised to strike. 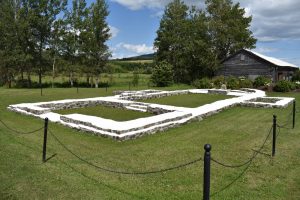 Ruins of the Saint-Joachim Church, burned to the ground in 1759

That day, the priest and seven of his parishioners lost their lives attempting to resist the British. Three days later, the priest in Sainte-Anne-de-Beaupré drew up their death certificates. The slain villagers were buried in the neighbouring parish since the British had burned down the Saint-Joachim Church as punishment for Robinau de Portneuf’s actions. Although this church was the only place of worship destroyed during the war, the Côte-de-Beaupré region was ravaged, and would carry reminders of the conflict for decades to come. The Saint-Joachim priest’s death, considered heroic by many, left a lasting impression.

Today, Château-Richer looks back at… a tragic event and a commemorative plaque adorning the wall of the Saint-Joachim Church, which was rebuilt in 1779.