September 22, 1665, was a big day for Marthe Quitel as she prepared to wed Barthélemy Verreault dit le Bourguignon at the church in Château-Richer. For the daughter of Denis Quitel and Louise Bénard, born around 1638 in Normandy, it was the culmination of several turbulent months and marked the beginning of a new life.

After many long weeks at sea aboard the Saint-Jean-Baptiste, Marthe reached Québec on June 18, 1665. Along with 89 other would-be brides and 130 soldiers, Marthe had embarked for the New World in search of a better life. Without the paid passage and hope chest she was provided by King Louis XIV, she would never have had the opportunity to make the voyage. 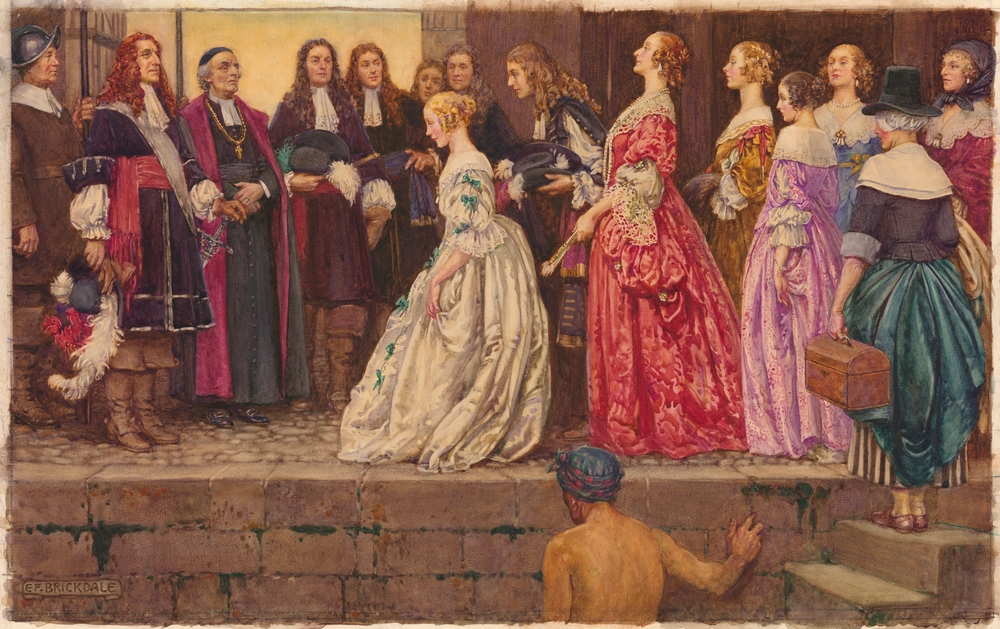 Arrival of the Brides

Carrying only a chest containing a few garments, needles, thread, and scissors, Marthe arrived at a home in Québec where she received room and board as she waited to find a husband. In exchange for the king’s generosity, Marthe and her travel companions, who came to be known as the “Filles du Roy,” were expected to fulfill a singular mission to help populate the colony, that is, to marry and found a family.

But Marthe faced an additional hardship. Since the King’s colony was to be strictly for Catholics, she was forced to officially forswear her Calvinist faith at the Notre-Dame Church in Québec on July 17, 1665. Once accepted into the Catholic fold, she was free to take a husband. And there was no shortage of eligible bachelors to choose from! 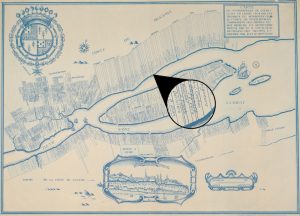 She settled on Barthélemy Verreault, a blacksmith and bladesmith who had arrived in New France three years earlier. In June of that same year, Verreault acquired a plot of land in Château-Richer from Jacques Cauchon dit La Motte. The marriage contract was signed before a notary public in late August, and Marthe and Barthélemy were ready to make their union official in church and begin their new life together as man and wife.

The ancestors of the Verreault family in North America, Marthe and Barthélemy had nine children, six of whom survived past the age of 18.

Today, Château-Richer looks back at… Marthe and the twenty-two other “filles du roy” who played a role in developing the Côte-de-Beaupré region through their descendants and their hard work, and whose memory is proudly upheld by Société d’histoire des Filles du Roy.