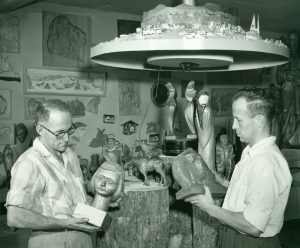 Alphonse and his brother Louis-Philippe 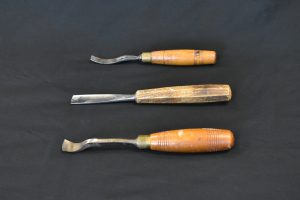 Like every morning, the household awoke to the sound of mallet and chisel. The sculpture Alphonse was working on was coming along nicely, and in a few hours’ time, he would open the doors of his workshop/boutique on Avenue Royale, in Sainte-Anne-de-Beaupré.

Perhaps some tourists and pilgrims would come to buy one of his crucifixes or little bas-relief sculptures of traditional scenes that were so popular among visitors. And of course, friends were bound to drop by to chat or to play cards as they sat in the rocking chairs near his workbench. 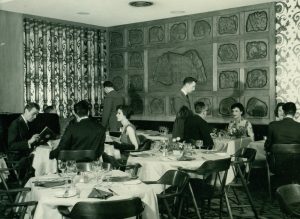 Alphonse’s reputation had spread since he had created a mural for the Beaver Club at the Queen Elizabeth Hotel in Montreal, in 1957—quite an accomplishment for a carpenter’s son born in Sainte-Anne-de-Beaupré! After completing his training at École des beaux-arts de Québec in 1941, he built himself a workshop on the land of his forefathers. 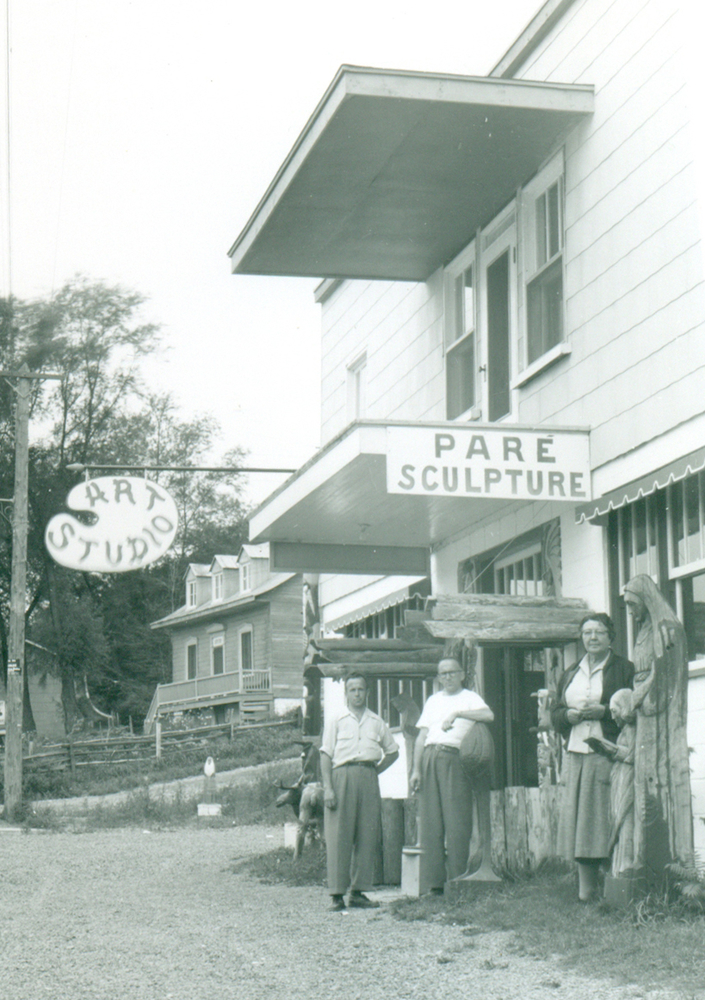 Alphonse created over 10,000 works over the course of his career. And while people from all over Québec commissioned sculptures from him, he was happy to take jobs for customers in Côte-de-Beaupré, a region he loved deeply. These included a number of granite capitals at the Sainte-Anne Basilica, the coat of arms of the Town of Beaupré, and the bas-reliefs in the Beaupré Church. 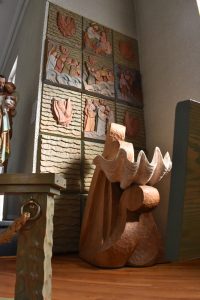 Alphonse Paré developed a style that was classic and unadorned, in part because his eyesight was quite poor. His sculptures exude a certain rusticity and simplicity, and are renowned for their creative appeal and their rich, distinctive colours. Together with architect Charles Michaud, whom he met in 1962, Paré helped renovate and decorate a number of churches, including Baie-Sainte-Catherine, Saint-Joseph-de-la-Rive, and Notre-Dame-de-la-Pitié, in Québec City. He drew his inspiration more from people than from saints or traditional iconography, and his religious works were in keeping with the aims of the Second Vatican Council, earning him praise for their humility and originality. Several of them are even on display at the Vatican Museum!

Françoise Lavoie and Scott Kingsland took over ownership of Atelier Paré in 1985.

Today, Château-Richer looks back at… a great sculptor whose masterful talent and unique style breathed new life into the long tradition of wood carving in Québec.