It was late winter 1896, and sculptor Louis Jobin knew there was no going back: his Québec workshop had been completely destroyed by fire. So, he made up his mind to re-settle in Sainte-Anne-de-Beaupré. He had been commissioned to carve several works for the grounds of the basilica there and, in recent years, had devoted his craft increasingly to religious statuary. 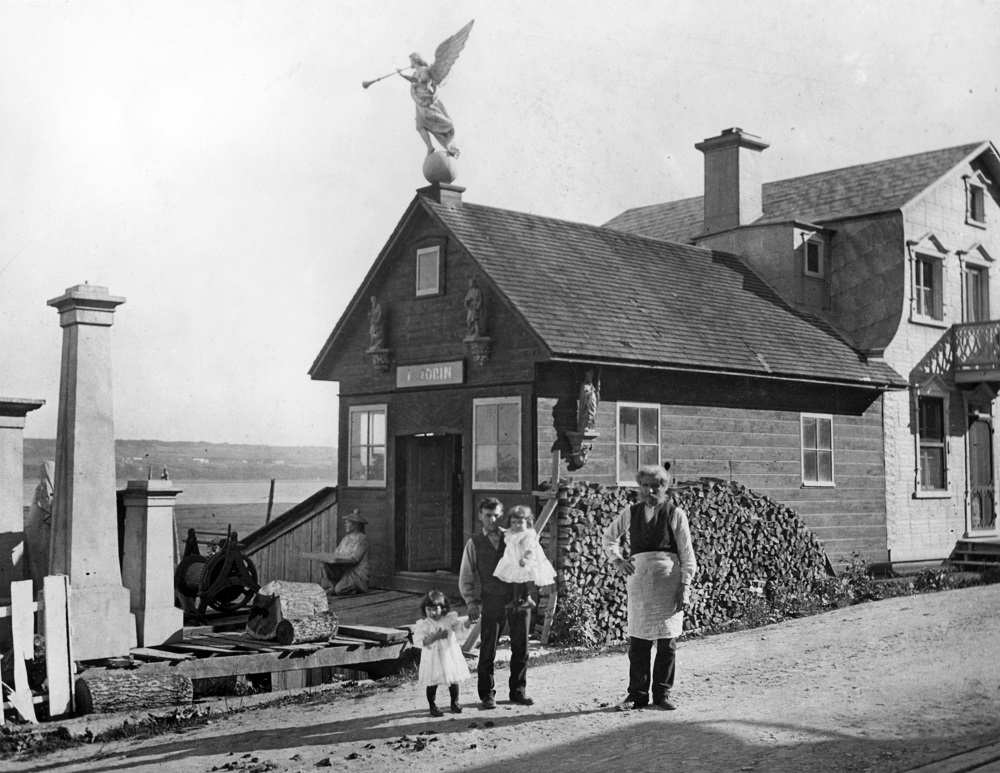 Jobin in front of his workshop and home in Sainte-Anne-de-Beaupré, circa 1915 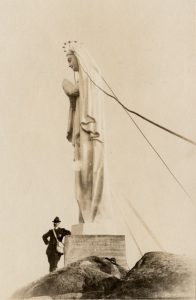 The sculptor and one of his works, Notre-Dame-du-Saguenay

As a young man, he had hoped to make a career for himself carving figureheads. In those early years, the shipbuilding industry had the wind in its sails. By the time he turned 14, he had learned the rudiments of the trade working alongside his uncle, who was a wood carver. He then went on to do a three-year apprenticeship with master wood carver François-Xavier Berlinguet, before leaving to work in New York City. While his talent was undeniable, Jobin was soon forced to accept the fact that the shipbuilding industry was in decline. After spending a number of years in Montreal doing all kinds of carving, including shop signs, to make ends meet, he opened his own workshop in Québec in 1876. Once again, Louis Jobin reinvented himself, adapting to market demands as religious statuary became an increasingly important part of his production.

When his workshop burned to the ground, Jobin decided to pack up and move to Sainte-Anne-de-Beaupré, where he hoped to develop a clientele for religious statues among the congregations, pilgrims, and tourists. 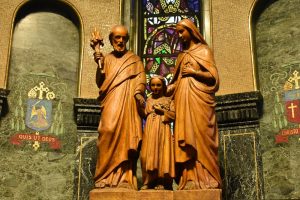 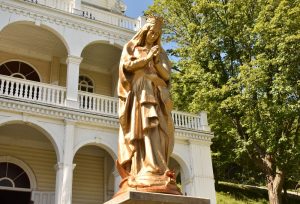 Louis Jobin remained in Sainte-Anne-de-Beaupré until his death in 1928. Although his trade never made him a wealthy man, he received numerous commissions over the span of his career, and enjoyed an enviable reputation, notably for his large, metal-clad statues. In the words of journalist and novelist Damase Potvin, Louis Jobin was a man who “poured his heart and soul into his chisels and gouge.” 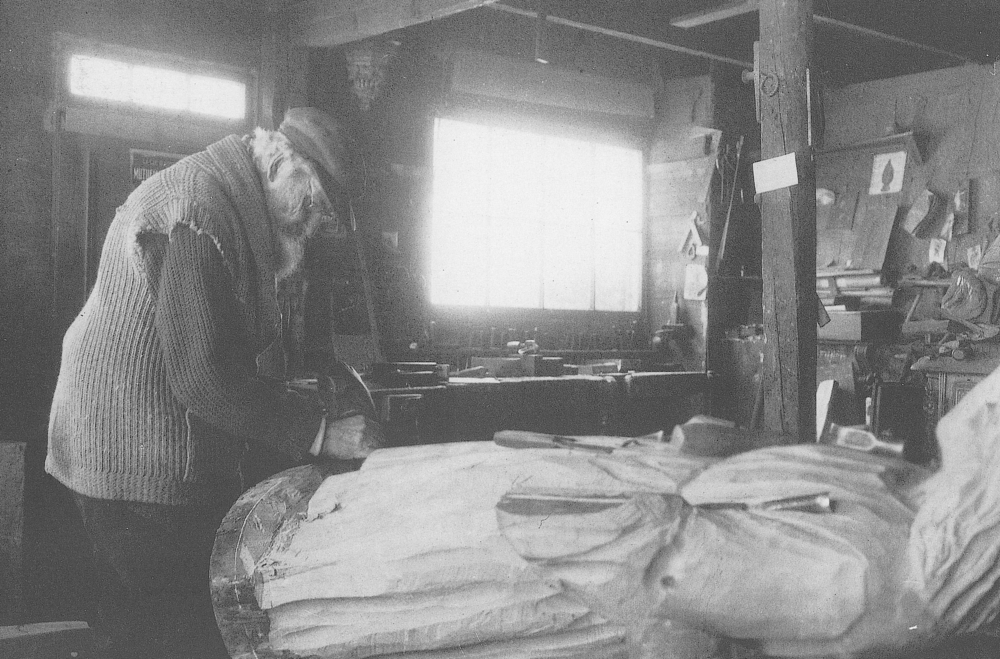 The sculptor in his workshop in Sainte-Anne-de-Beaupré, circa 1925

Today, Château-Richer looks back at… an immensely talented craftsman who created his carvings at his workshop in the neighbouring town of Sainte-Anne-de-Beaupré, shipping the finished sculptures across the province and to points beyond.