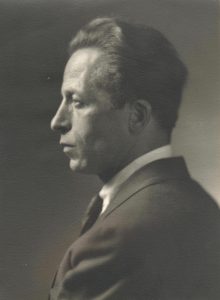 After 15 years, Albert Gilles was about to put the finishing touches on a colossal work consisting of 50 tableaus depicting the life of Christ, each one meticulously embossed by hand. It was a true labour of love, as Gilles carefully traced each design on a sheet of copper, brass, or silver. 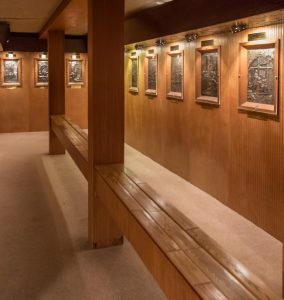 Christorama came about as the result of an order that fell through but that Albert Gilles continued to work on in his spare time. The piece is a reflection of his long career and dedication to his art. It all began in his native country of France. At the age of 12, his aunt taught him the art of “repoussé” (embossing). After starting out as an interior designer, he eventually transformed his pastime into a flourishing career.

In 1929, Gilles moved to the United States, where he was commissioned to decorate public buildings and private homes alike. He also worked for a number of film studios in Hollywood. Although he was in high demand, he still found time to decorate the homes of several celebrities, including Constance Bennett, Mae West, and Roy and Walt Disney. 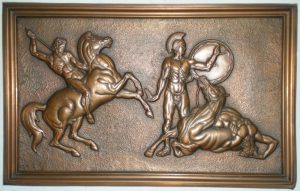 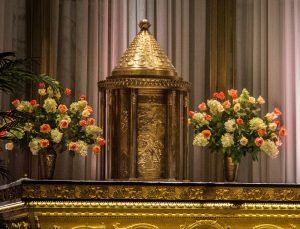 Albert Gilles settled permanently in Québec in 1937, where he devoted himself to the decoration of churches. In the space of 20 years, he worked on more than 30 churches, including the cathedrals in Valleyfield and Moncton. The Côte-de-Beaupré region also bears his mark, notably with the tabernacle of the main altar at the Sainte-Anne-de-Beaupré Basilica and the altar rails in the Our Lady of Perpetual Help and Blessed Sacrament chapels, and with the later addition of three remarkable copper doors. 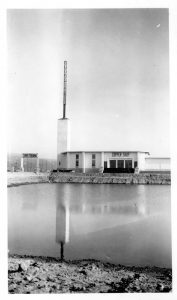 Realizing the advantage of being close to the Sainte-Anne-de-Beaupré Shrine, in 1953 Albert Gilles decided to settle for good in Château-Richer. He built a workshop there on Boulevard Sainte-Anne, where he created, displayed, and sold his work. The artist also passed down his passion for the art of embossing to his children, who took over the family business and continue to work hard to keep this dying art alive.

Today, Château-Richer looks back at… a talented man who left behind a rich heritage. Albert Gilles Copper Art is a must-see boutique and museum for visitors to the region.