It was April 17, 1646, and Olivier Letardif had just handed over £1,500. In exchange for this considerable sum, he became a partner in Compagnie de Beaupré and acquired one-eighth of the Beaupré and Île d’Orléans seigneuries. But that’s not all! In addition to being a co-seigneur, he was named the company’s “general and special procurator,” a role that included managing its affairs and granting land.

For Olivier Letardif, it was the high point of a long career in New France, where he had settled some 25 years earlier. He first made his mark as an interpreter to Samuel de Champlain during the latter’s discussions with the First Nations and as an employee of several big trading companies.      He then acted in turn as assistant clerk for Compagnie de Caën, then fur-trading clerk and head clerk for Compagnie des Cent-Associés. In fact, he was the one who handed over the keys of the Habitation to Lewis Kirke when Quebec fell to the British in 1629. And now he was a landowner!

True to form, Letardif was an engaged and tireless seigneur, making several voyages back to France over the years to recruit settlers. And his efforts paid off. Between March 1650 and October 1651, he officially granted some twenty concessions in the Beaupré Seigneury. 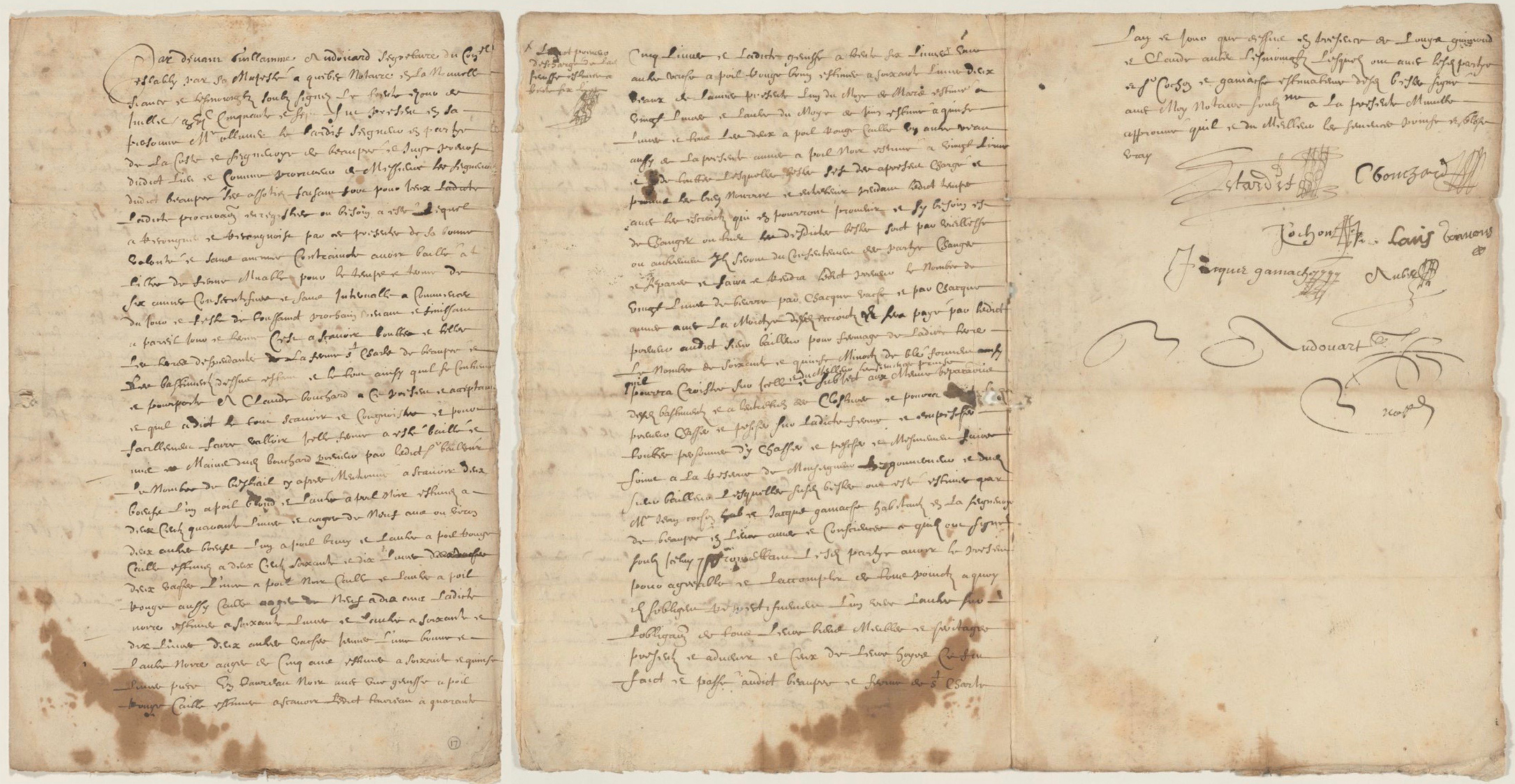 Lease granted by Olivier Letardif to Claude Bouchard on July 30, 1657

After living for several years near Cap Tourmente, in 1653, Letardif settled in Château-Richer on the land adjacent to the site set aside by Compagnie de Beaupré as its domanial lands. He would continue to be actively involved in developing the village by granting lots on his land and having the first seigneurial mill built. His long list of achievements included occupying the position of judge of the Beaupré Seigneury, a role that involved administering justice and receiving oaths and affirmations from its sub-fief owners. After falling ill, Olivier Letardif sold his share in the seigneury, and died three years later, in 1665. 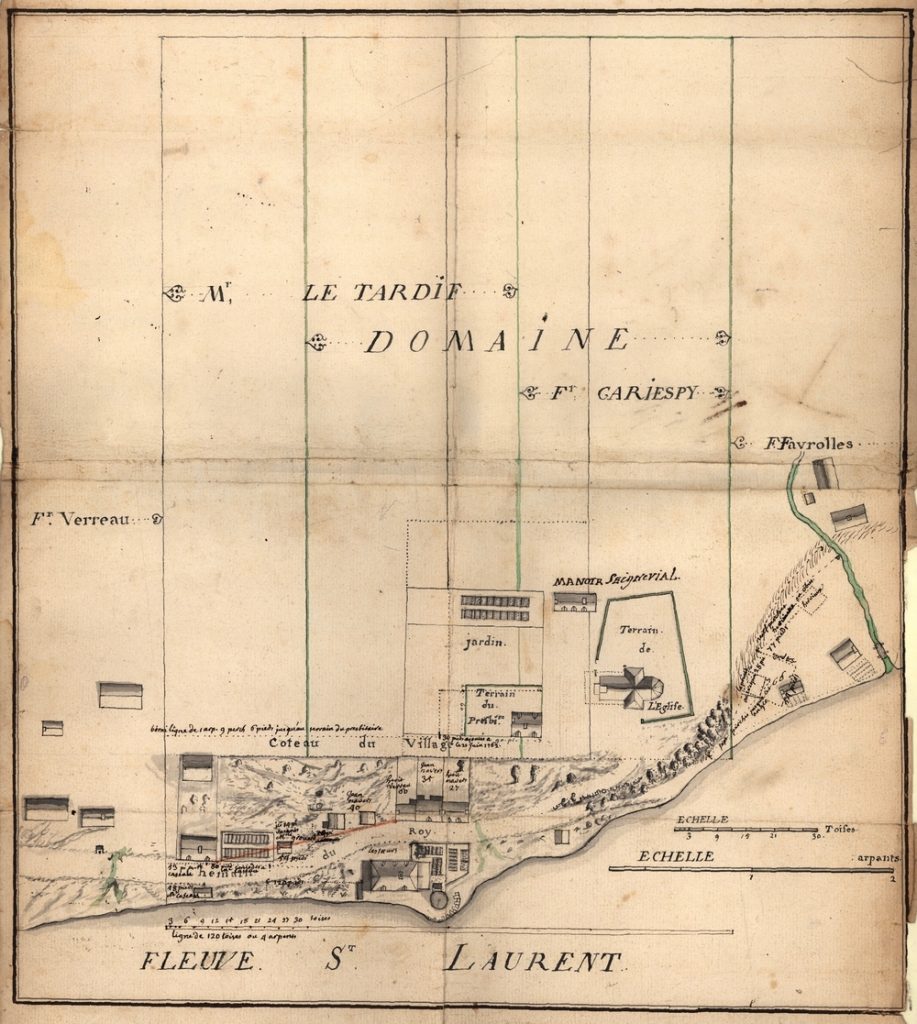 Drawing of the village of Château-Richer showing the site of the first windmill and the seigneurial domain. 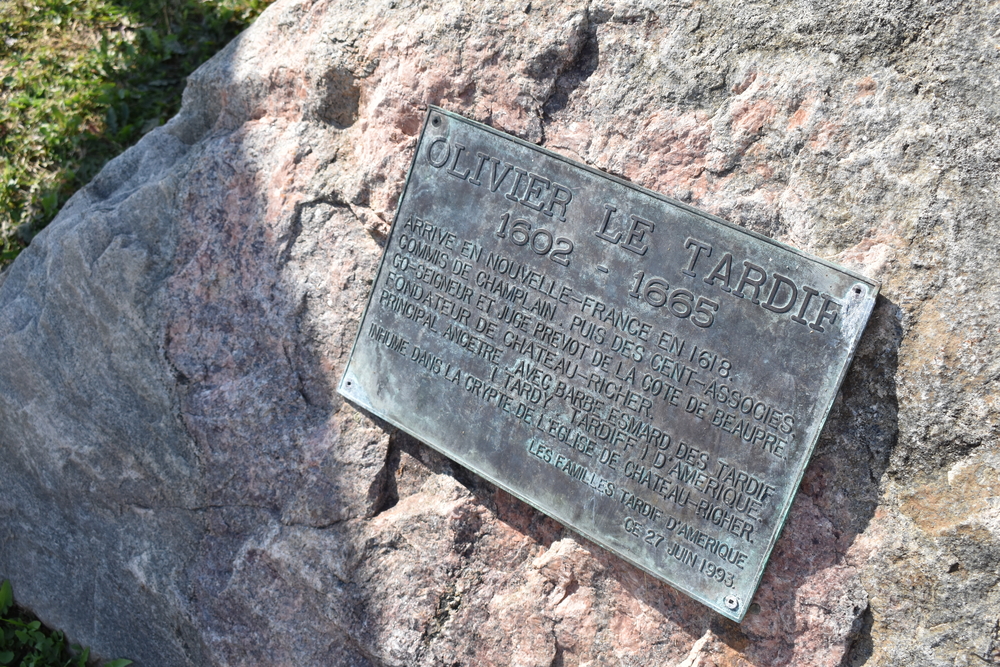 Today, Château-Richer looks back at… its founder from Brittany. The town’s community centre proudly bears the name of Olivier Letardif, the first Tardif in North America.