Sawmills at the foot of the Montmorency Falls 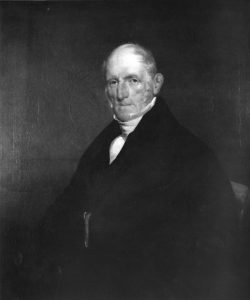 The ponds were teeming with logs, timber boards were piled high in the lumberyards, and the mills at the foot of the Montmorency Falls was bustling with activity. It was late May 1844 as Peter Patterson surveyed his sprawling sawmill operations, one of the largest in North America at the time. He had also just acquired the Beauport Seigneury. The aging businessman was filled with pride as he took in the scene. On his death he would bequeath his substantial heritage to his only daughter, Mary Jane.

Not a day would pass without Patterson being thankful for having realized the hydraulic potential of the site some 30 years earlier. In 1811, he purchased the sawmill under construction together with his mentor and partner, Henry Usborne. The economic situation was bright, as wood exports from Lower Canada had been soaring since Napoleon Bonaparte had imposed a trade blockade on England in 1806. 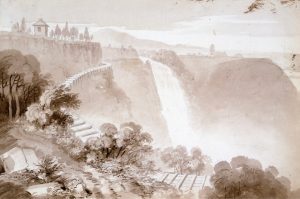 In the seven years following his acquisition, Patterson continued to upgrade and expand the operations. The sawmill, which was fed by a penstock that channelled the river’s hydraulic energy, specialized in the production of squared timber, planks, masts, and other parts destined for the shipbuilding industry. When Usborne pulled out of the partnership in 1823, Patterson further developed the business, acquiring forest lands in the Eastern Townships and Bois-Francs regions over the years to supply his mills.

Patterson was proud to provide work for hundreds of families. Scores of men from both sides of the Montmorency River, in Beauport and Côte-de-Beaupré alike, and especially from L’Ange-Gardien, worked for his company as labourers, dockers, clerks, or log-drivers. Thanks to his sawmills, a thriving industrial community sprung up at Sault Montmorency (Falls). 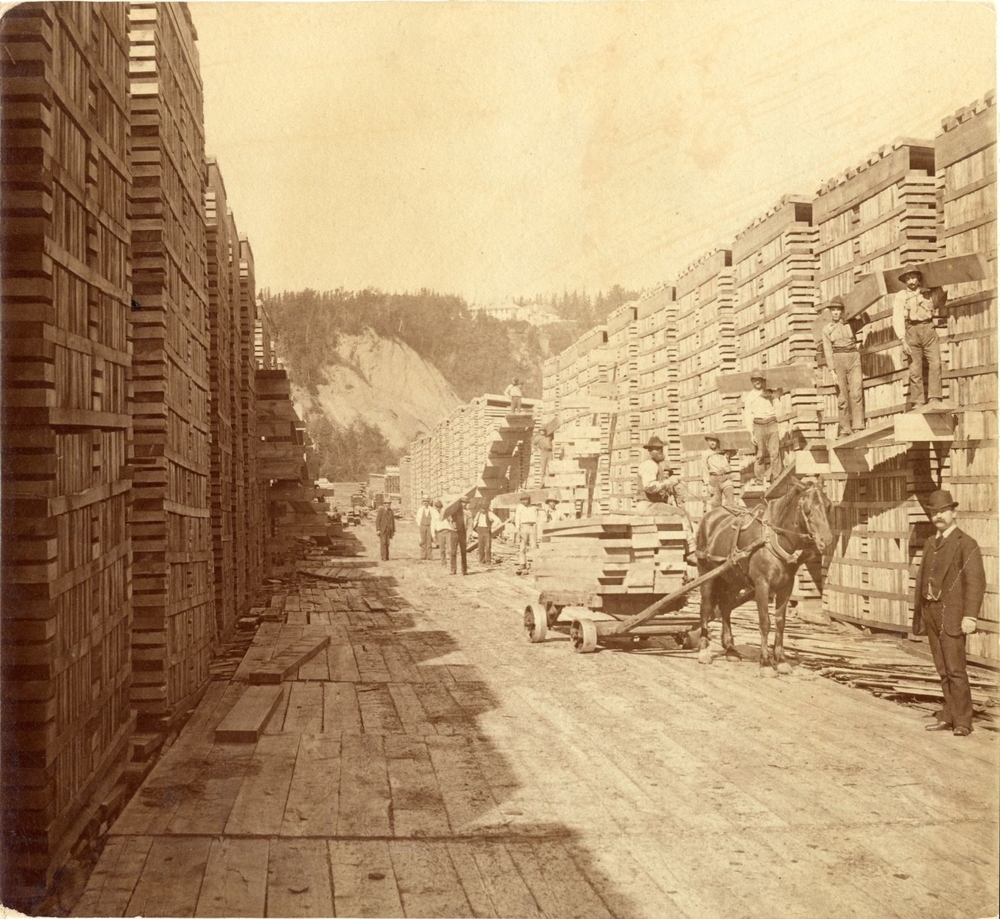 With a look of satisfaction, Patterson turned from the sight and headed back to Haldimand House, his nearby home. His most cherished desire now was to see his daughter and son-in-law take over and carry on the successful business empire he had built at the foot of the waterfalls.

Today, Château-Richer looks back at… the first enterprise to occupy the site at the base of the Montmorency Falls, marking the beginning of the industrial period in the Côte-de-Beaupré region.