After completing his trade apprenticeship, young Joseph Drouin started up his own metal-working business in 1920, in the heart of Château-Richer, near the convent. His work was in high demand, and for good reason! Drouin was an honest, hard-working man, earning him the respect of his customers. But metal-working wasn’t his only skill—he was also a roofer, electrician, and plumber, and he would install and repair the odd furnace, too! 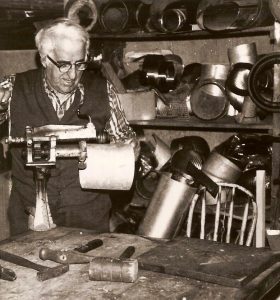 Drouin in his metal-working workshop

As a tinsmith, Joseph Drouin was adept at crafting everyday objects like saucepans and milk urns, as well as sheet metal and gutters he would install on roofing jobs. His trade had its occupational hazards, and he slipped and fell off more than one steep roof. But that wouldn’t stop him: “You get over it,” he was known to say.

Drouin was also an active member of the community, helping found Coopérative de frais funéraires de Château-Richer (a funeral cooperative) in 1942 and sitting on its very first board of directors. 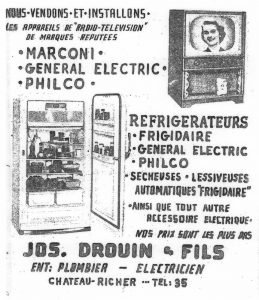 At about the same time, Joseph Drouin relocated his business to the bottom of Côte de la Chapelle. With the arrival on the market of factory-built materials and tools, he was gradually forced to abandon his metal working business. In 1947, he decided to breathe new life into his company, bringing his sons Maurice, Charles-Henri, and Armand on board and changing its name to Jos. Drouin & Fils (and sons). From that point on, the firm offered primarily electricity, plumbing, and heating services. In the years that followed, the Drouins worked tirelessly to develop their business clientele and forge partnerships with local contractors. 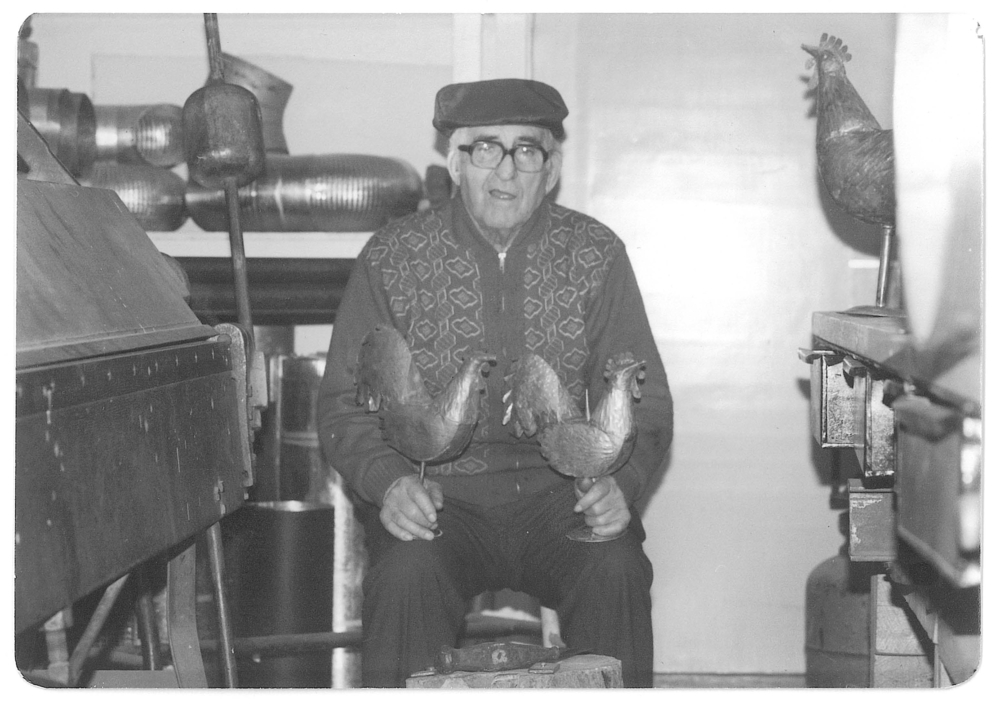 Joseph Drouin with two of his copper roosters

After retiring in the 1970s, Joseph Drouin returned to his original passion: metal-working. His craftsmanship and talent were remarkable! During the many long hours spent in his workshop, he patiently created a wide variety of objects, including the copper rooster weathervanes for which he is well known. 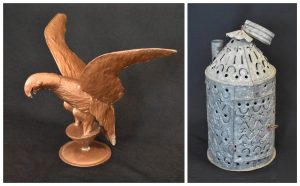 Today, Château-Richer looks back at… a big-hearted man whose legacy includes a prosperous fourth-generation business that continues to grow and expand. If you’ve spent time in the region, you’ll certainly have spotted a van bearing the yellow Jos. Drouin et Fils logo!