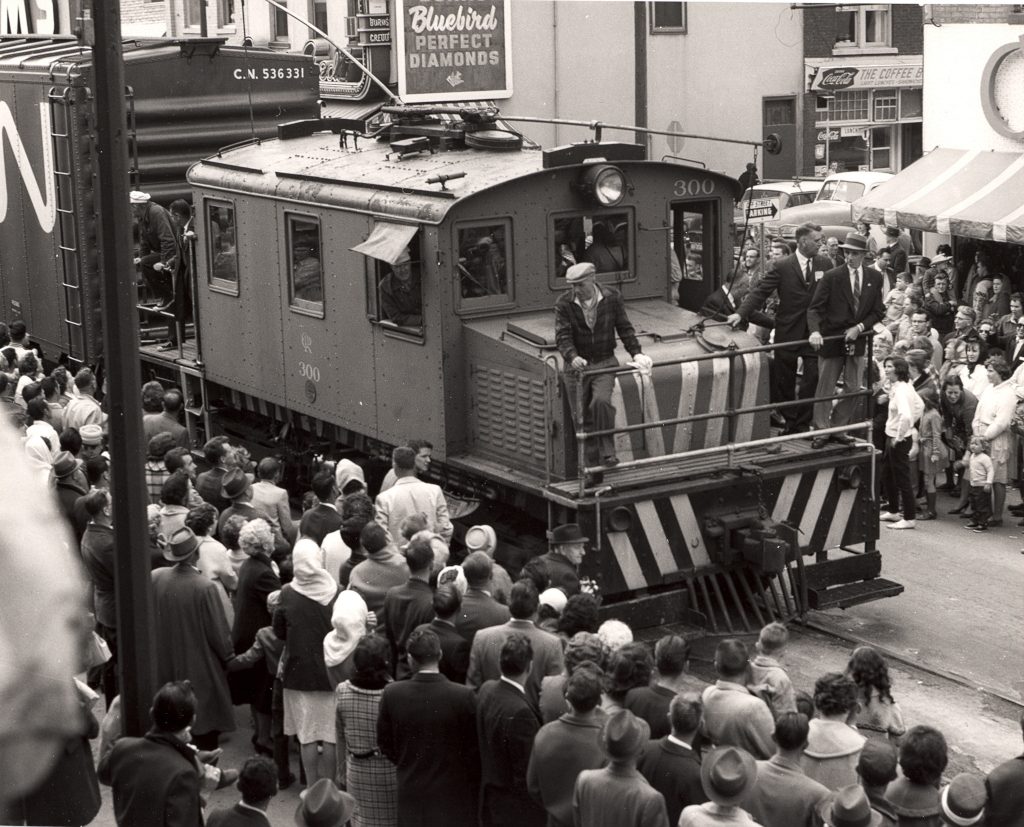 The last CN freight train leaves downtown King Street in Oshawa, 1963. While a spur line to the “de-industrialized” downtown remained until 2004, GM’s main production shifted to centre on the South Plant.

The Canadian auto market seemed to bounce back in the early 1960s as the Baby Boomers grew old enough to buy their first cars. A central problem remained: Canadians were buying fewer cars and paying more for what they did buy. 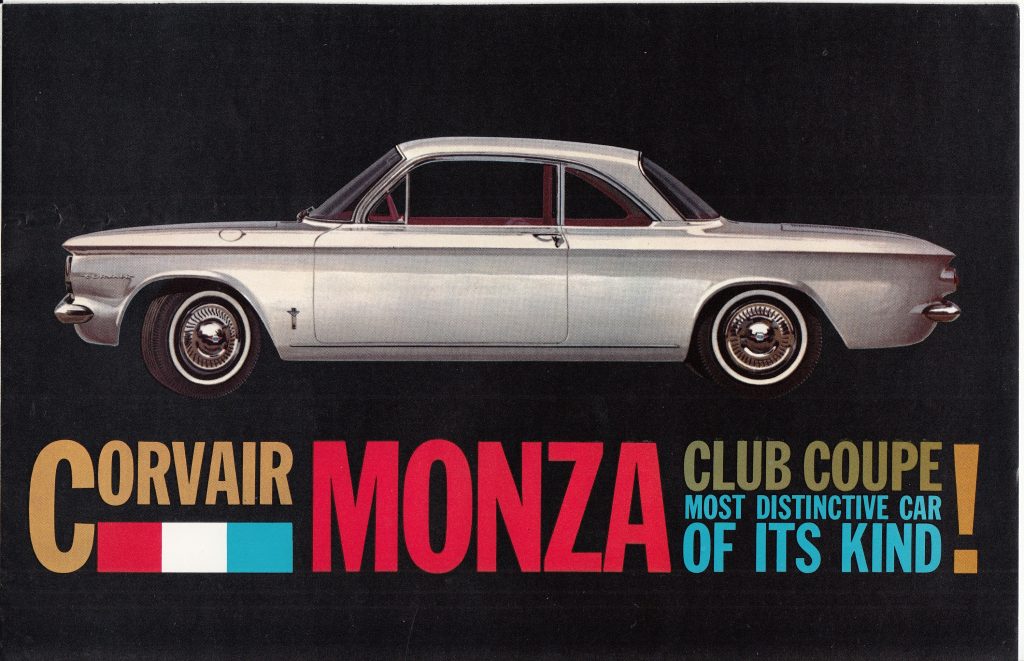 GM had attempted to break into the Canadian “budget” vehicle market with its 1959 Corvair, the first compact car in Canada.  Manufactured in Oshawa, it failed due to its unconventional rear engine, poor pricing and bad publicity due to perceived safety issues.

A 1966 brochure showing vehicles made in Oshawa.

While American auto companies supported their Canadian branches, the profits from those branches generally went back to the United States. GM Canada was no exception. In 1963 Canada was running a $580-million trade deficit, importing far more car parts than the country manufactured and exported. The Canadian government was wary about opening up free trade between the United States and Canada, believing that Canada couldn’t possibly keep up with the U.S. manufacturing juggernaut.

What eventually became the 1965 Automotive Products Trade Agreement, or Autopact, was almost but not quite free trade. American-designed cars had to have a certain percentage of parts built in Canada in order to be traded without tariffs, and manufacturers had to grow their Canadian branches or lose the benefits of the pact. The pact only applied to existing auto manufacturers, and also required a “buy-in” investment of $260 million from them.

While the pact was highly controversial and unpopular in the United States, it was a boost for the Canadian auto industry. Suddenly, investing in Canadian branch plants was not only easy, but profitable, and production figures and worker wages, soared.

In 1969 the Oshawa plant produced nearly 500,000 vehicles – 100,000 more than all the automakers in Canada had produced in 1959. Canada was an exporter again. Times were good, but GM was starting to overextend due to the huge number of parts and materials it was producing. The Chevrolet production line alone required 15,000 different components, and the parts manual for them was more than a foot and a half thick!