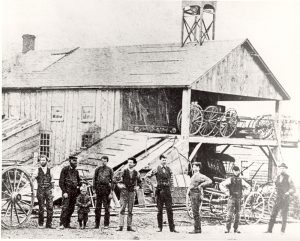 The McLaughlin Carriage Works in Enniskillen, Ontario, circa 1873. Robert McLaughlin and his son Sam are second from left. McLaughlin built his first carriages in Tyrone, Ontario in 1867, but it was in Enniskillen that his business prospered.

In 1867, Canada’s Confederation year, a carpenter by the name of Robert McLaughlin founded a carriage-making business 20 kilometres northeast of Oshawa. Thirteen years later, seeking a new market, he moved his business to a location near the intersection of Simcoe Street and the Kingston Road in the Four Corners. The son of a Presbyterian Irish immigrant family, McLaughlin had started a business hand-carving axe handles that grew into a major local carriage works. He sought a new location in Oshawa not only because of its strong industry (he was already doing business with many of the local foundries and tanneries), but also to make a new start away from his better-established family members. 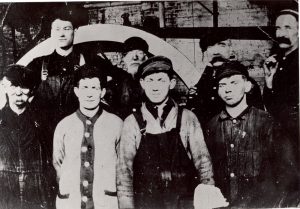 A photograph of unidentified McLaughlin Carriage Company employees, circa 1905. Carriage workers seeking a wage increase went on strike for the first time in mid-February 1903. They abandoned the strike after Robert McLaughlin publicized the company’s paybooks, showing that they were being paid a wage comparable with other Oshawa businesses.

In 1880 McLaughlin patented his signature “McLaughlin Gear” – a swiveling “fifth wheel” undercarriage for a horse-drawn buggy – and it made his fortune. Simple and sturdy, it provided easy turning and a smooth ride. Above all, it was inexpensive to manufacture. These were all vital features in Canada’s growing industrial market.

Within a year, McLaughlin Gear and carriages were being sold all across Canada. Some ten years later McLaughlin Carriage Works was one of the largest in the country, employing 300 workers. By 1914 the company was the largest carriage maker in the British Empire, exporting vehicles as far away as India. McLaughlin became a major local employer, and Robert McLaughlin a fixture in the local community. McLaughlin funded Oshawa’s first OHL team, was the first president of the city YMCA, and was elected mayor several times. 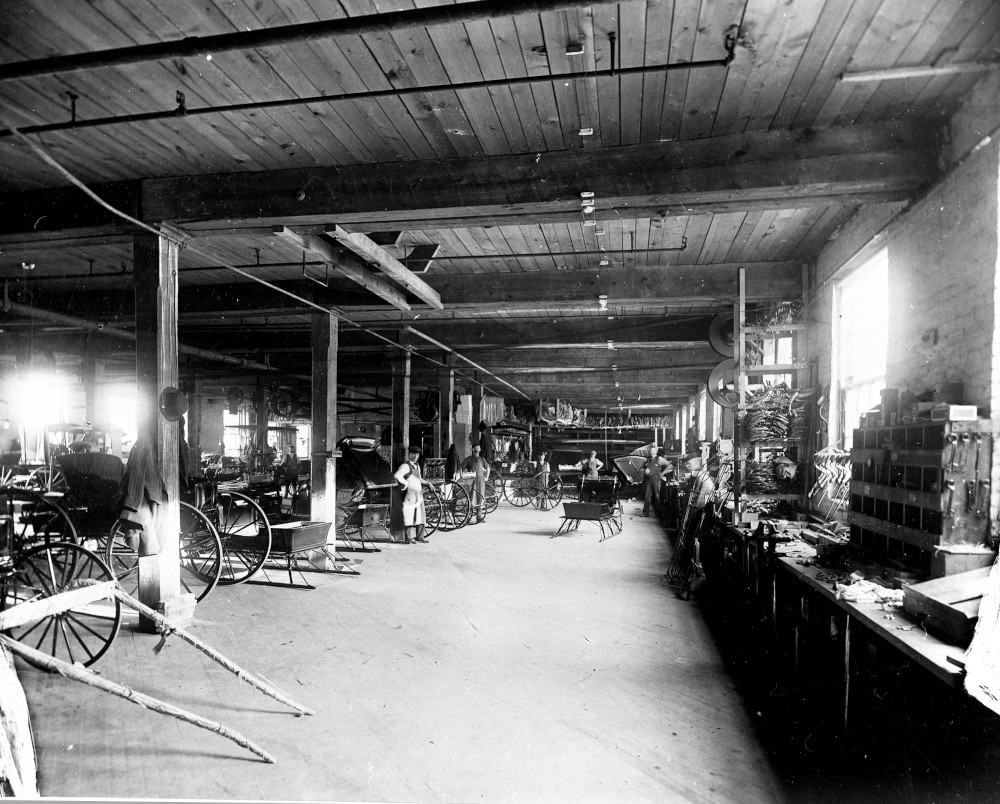 The Assembly Room at the McLaughlin works circa 1905, showing dozens of McLaughlin Gears being assembled, as well as various sleighs and buggies.

The carriages of the day were open-topped and drawn by one or two horses, making travel a cold, dusty, and smelly experience. What made McLaughlin stand out was his high-quality body work and the smooth ride of his carriages, living up to his slogan of “One grade only, and that the best.”

Robert McLaughlin’s three sons were involved in his business, but his middle and youngest sons, George and Robert Samuel, known as Sam, would expand upon his legacy. Both started on the factory floor and worked their way up the corporate ladder; and, in 1904, both saw the potential of the newly invented automobile to grow the family business. 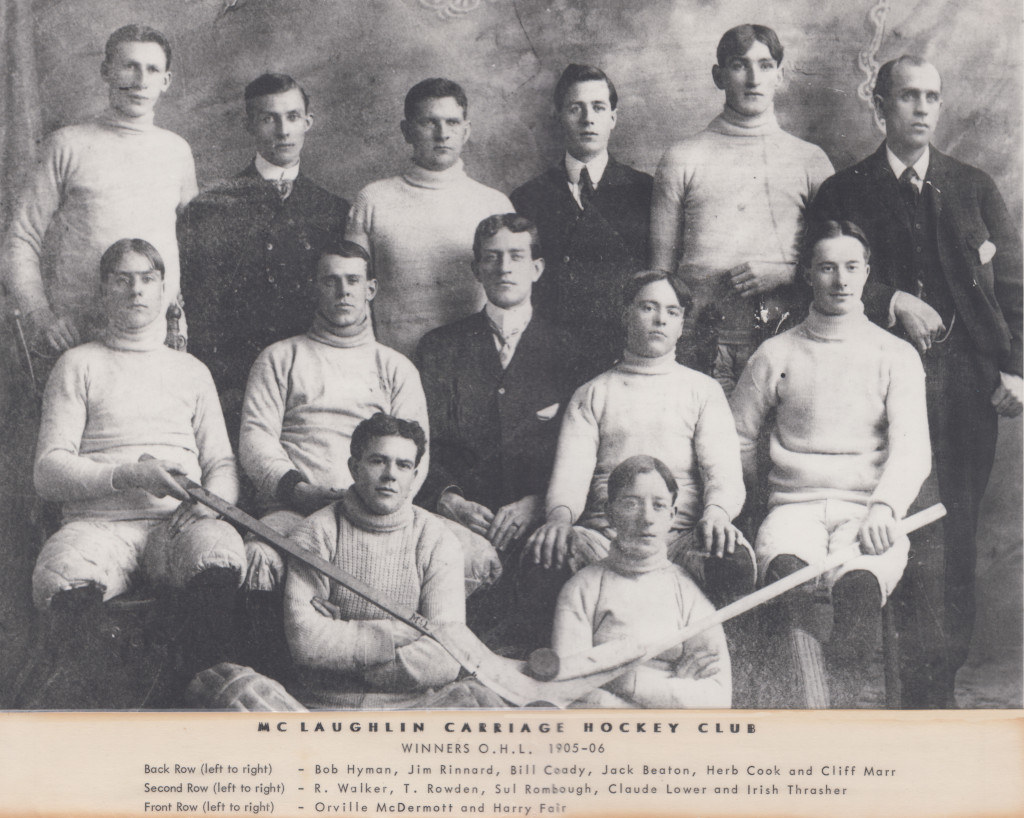 The 1905-1906 McLaughlin Carriage Hockey Club team, the first OHL team sponsored by the McLaughlin family. Their successors, the Oshawa Generals, remain an active OHL team to this day.