In 1918 the McLaughlin family sold their McLaughlin-Buick and Chevrolet production to General Motors in the United States. Neither Sam nor George had sons who could head up the family business, and GM already owned 49 per cent of the McLaughlin Motorcar Company. While the Motorcar Company was doing well, it was dependent on Buick’s performance. Sam McLaughlin remained as president of the newly formed General Motors of Canada, headquartered in downtown Oshawa. 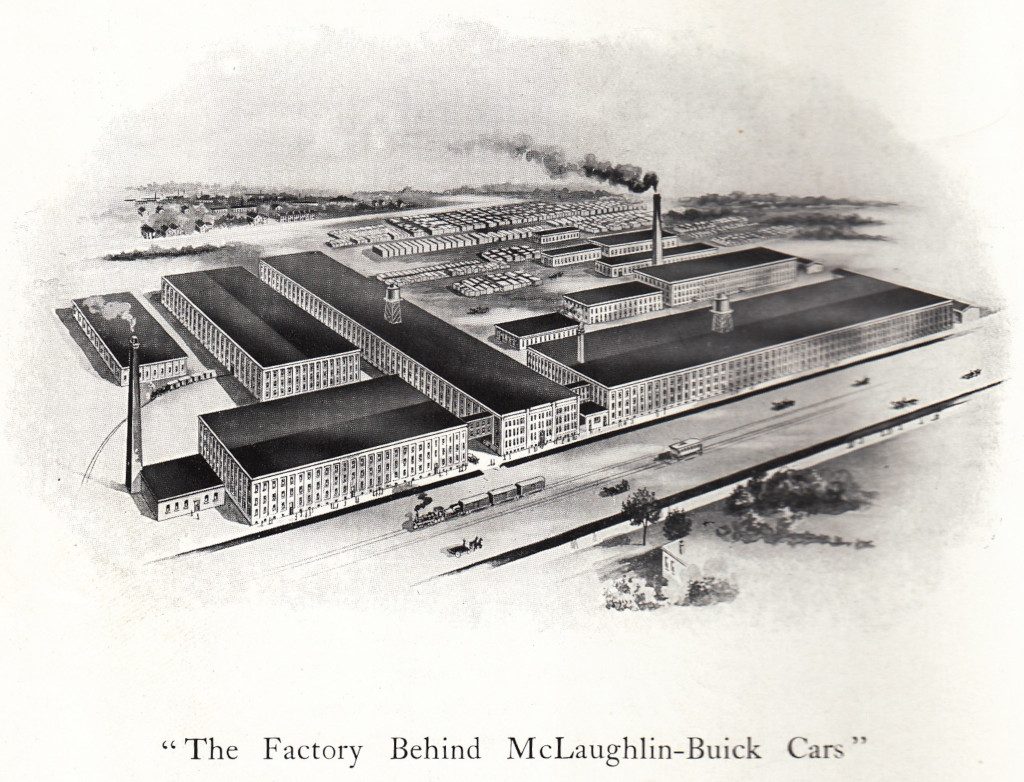 A heavily stylized image of the Oshawa auto plant, as it would have appeared in 1910.

The death in late 1921 of Robert McLaughlin marked the end of an era for the Oshawa automotive community. The business had previously been heavily Oshawa-centric, with both manufacturing and management positions filled by people from the area. GM used his death as an excuse to tighten its control, removing many old McLaughlin employees from their positions and replacing them with Americans. 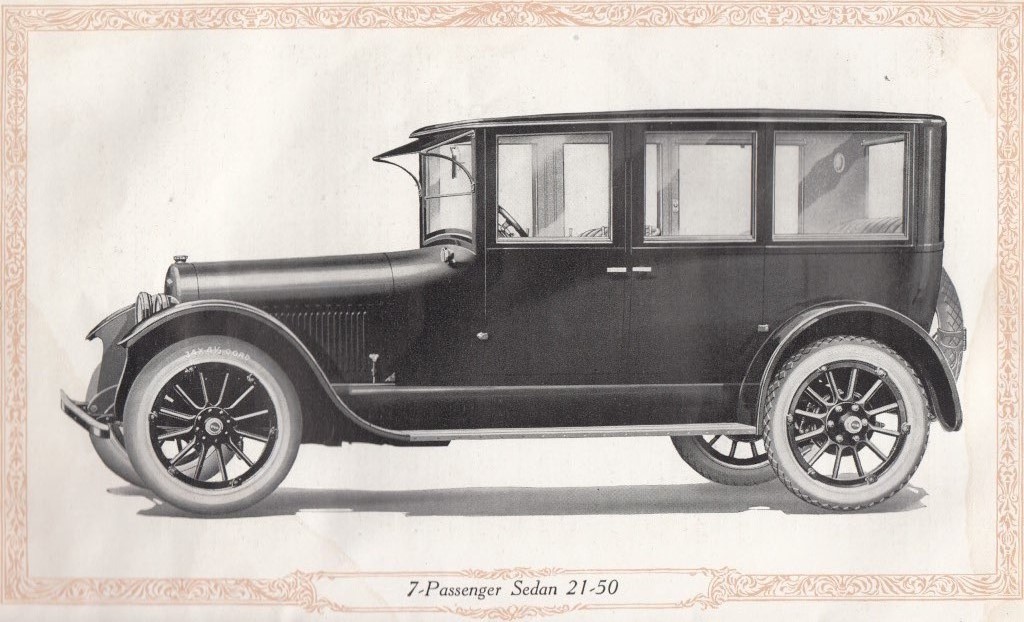 A 1921 McLaughlin Special Sedan, better known as a “Whiskey Six”.

In the early 1920s, the McLaughlin Special models became known for their speed and luxury. The performance of their six-cylinder engines made them popular with rum-runners for smuggling alcohol into the United States – they could outrun most police cars. They were dubbed “Whiskey Sixes,” and some drivers claimed they could get up to almost 140 km/h (87 mph).

Through the 1920s the auto industry was evolving, and GM Canada had to evolve with it. The expensive Buick was losing customers to cheaper competitors like the Ford Model T, but the less-expensive Chevrolet line grew explosively. GM Canada added new product lines such as Oldsmobiles, Pontiacs, and Cadillacs.

McLaughlin and Buick The Auto Boom