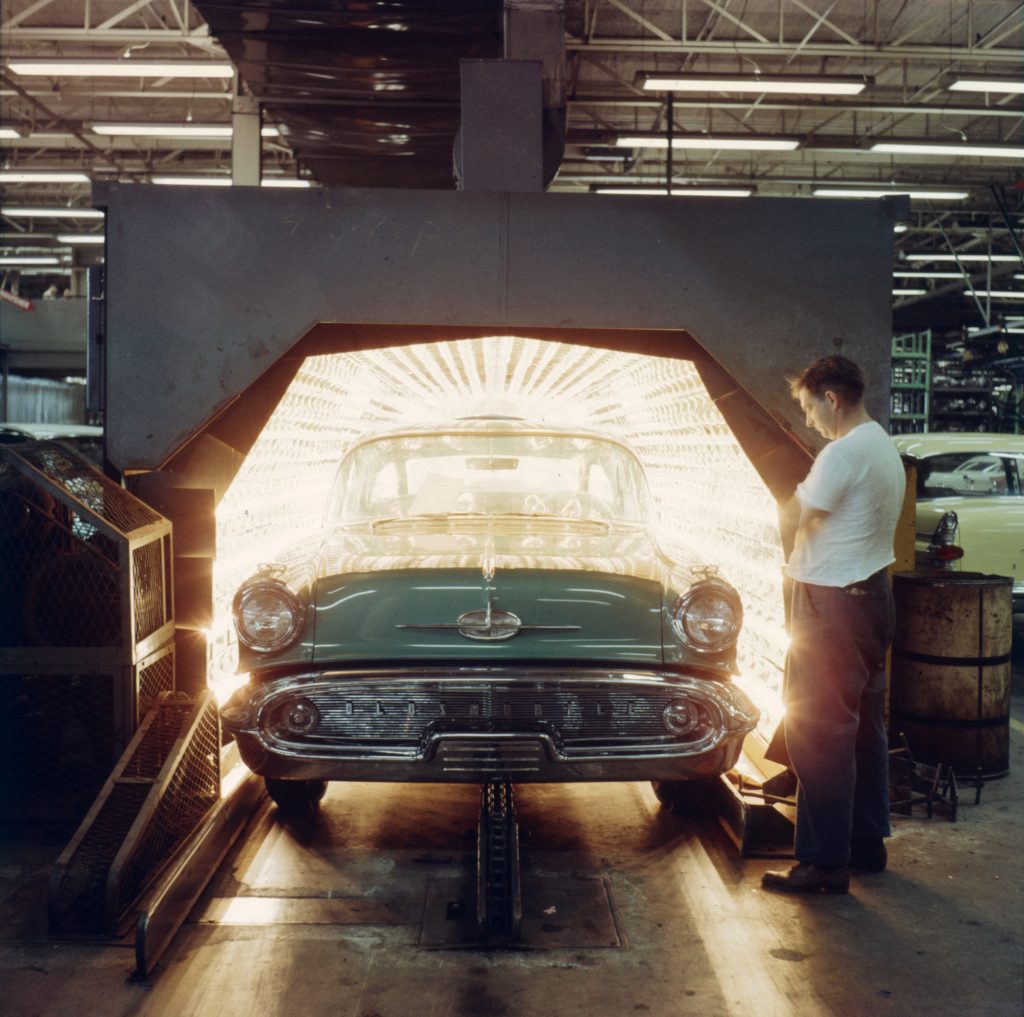 A 1957 Oldsmobile under production.

The early 1950s automotive boom did not last. The anti-trust suit also went public in 1953, followed by a massive sales slump in 1954 and 1955. The demand that had made Canada an auto exporter for the previous two decades was gone, and for the first time since the 1910s the country imported more cars than it produced.

UAW Local 222 in Oshawa was due to renegotiate its collective agreement in the winter of 1954. The old agreement had not kept up well with the pace of inflation. In late 1955 GM workers went on strike, seeking a wage increase and agreements that would restrict the company’s ability to speed up the assembly line during times of high production.

We had lots of fun on the [picket] line. That’s where I learned to play cards. Euchre. We were only out a short time- it [wasn’t] bad, it was September. -Line worker Bill Harding 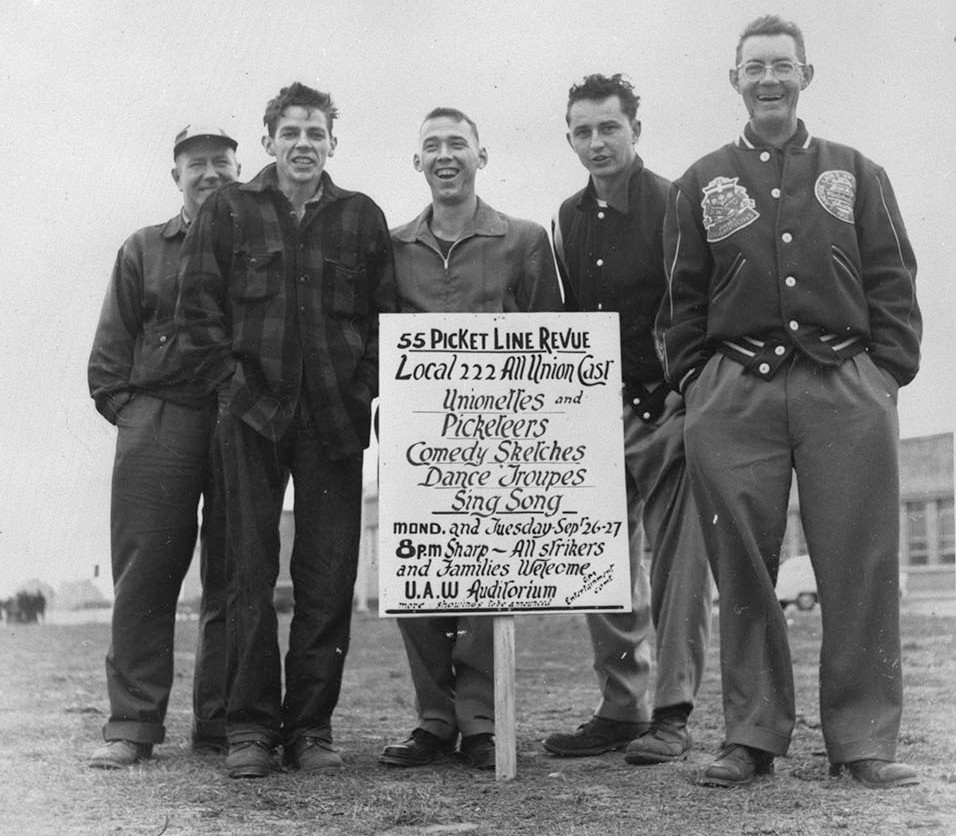 Many considered the 1955 strike, which lasted 148 days, to be the high point of the UAW’s power in Oshawa. The union got the increased wages, job security, and health plan the workers wanted, although it wasn’t able to secure the production agreements.

’55 was the greatest show of strength by workers. In the end they were just as strong as they were in the beginning. -Line worker Bev McCloseky, founding member of the UAW Women’s Committee 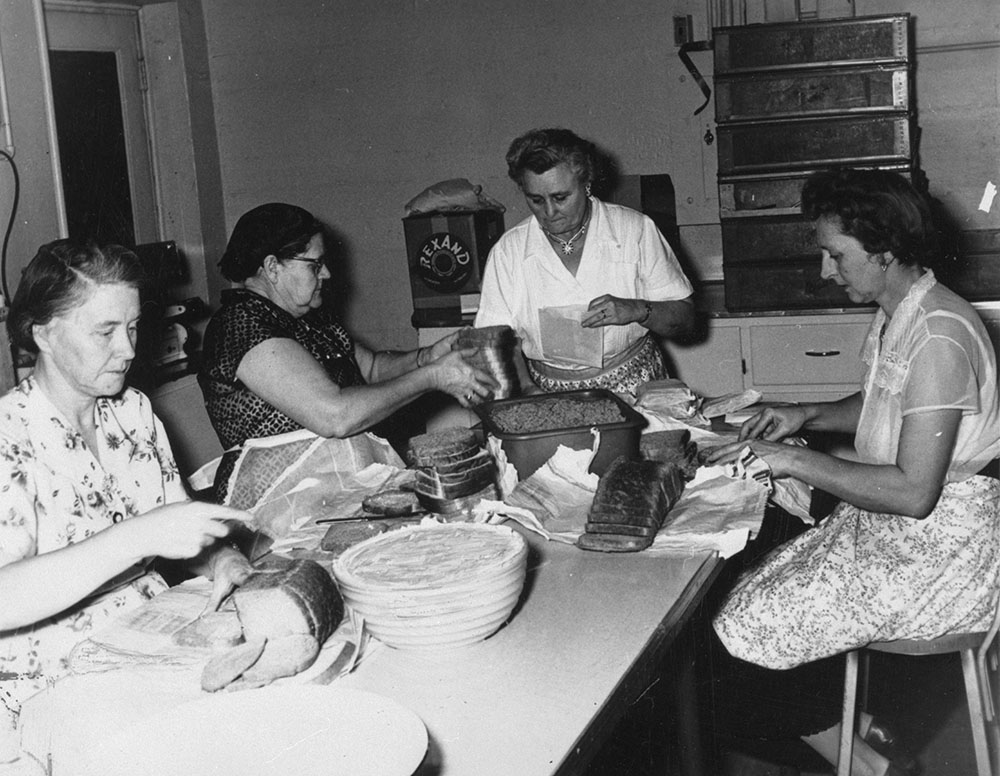 Wives of Union workers and Local 222 Women’s Auxiliary members produced tens of thousands of sandwiches during the 1955 strike, running assembly line-style kitchens with nine-hour rotating shifts to feed the thousands of workers on the picket line.

Over the second half of the 1950s GM sales continued to slump as the economy went into a recession and imports of European cars increased. With the economic boom of the 1950s coming to an end, more and more consumers turned to less expensive cars, which the European market provided. It would take nearly a decade, and a revolutionary trade deal, to turn things around. 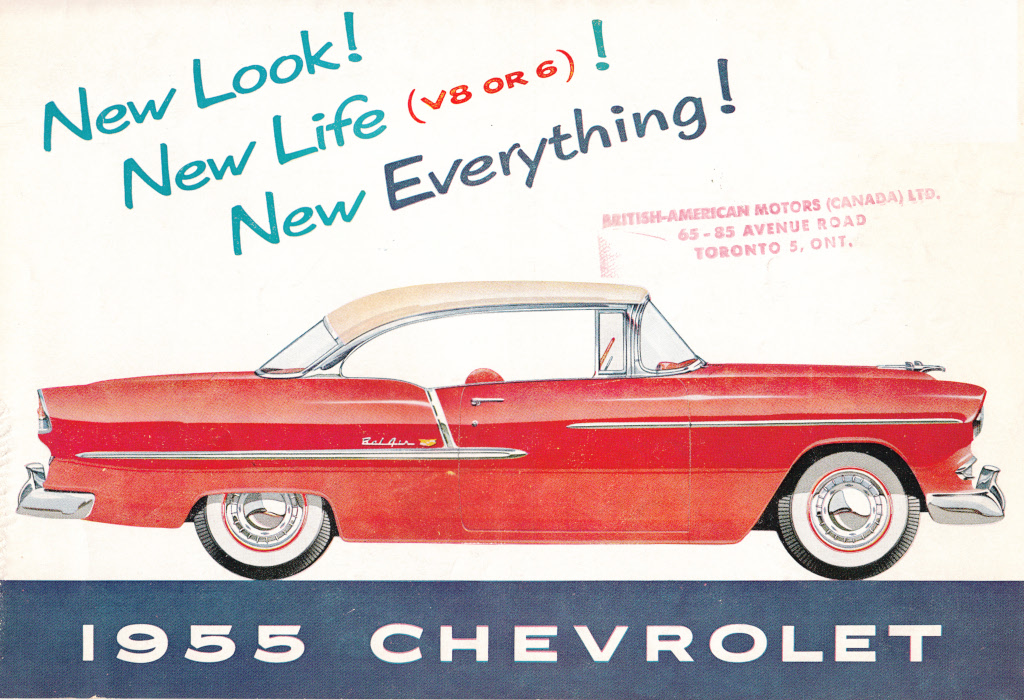 Oshawa union members at the end of the 1955 strike might have been tempted to agree with this marketing slogan for Bel Air convertibles.

Anti-Trust and the New Plant The Auto Pact