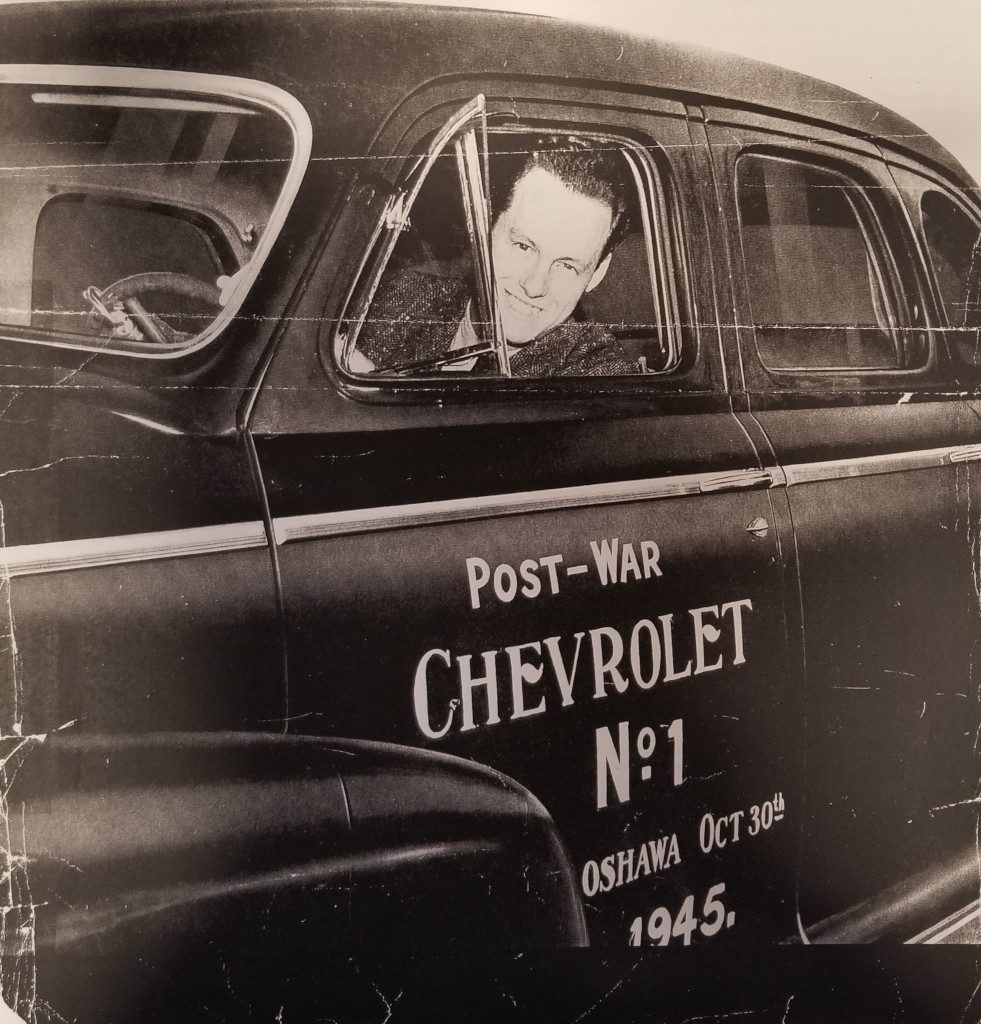 [Factory work] didn’t appear very different from before I left because the models in ’42 and ’46 [were] very similar. I think that they just continued on…. just a couple of new ornaments on the ’46 jobs that weren’t on the ’42.-Line worker Bill Harding 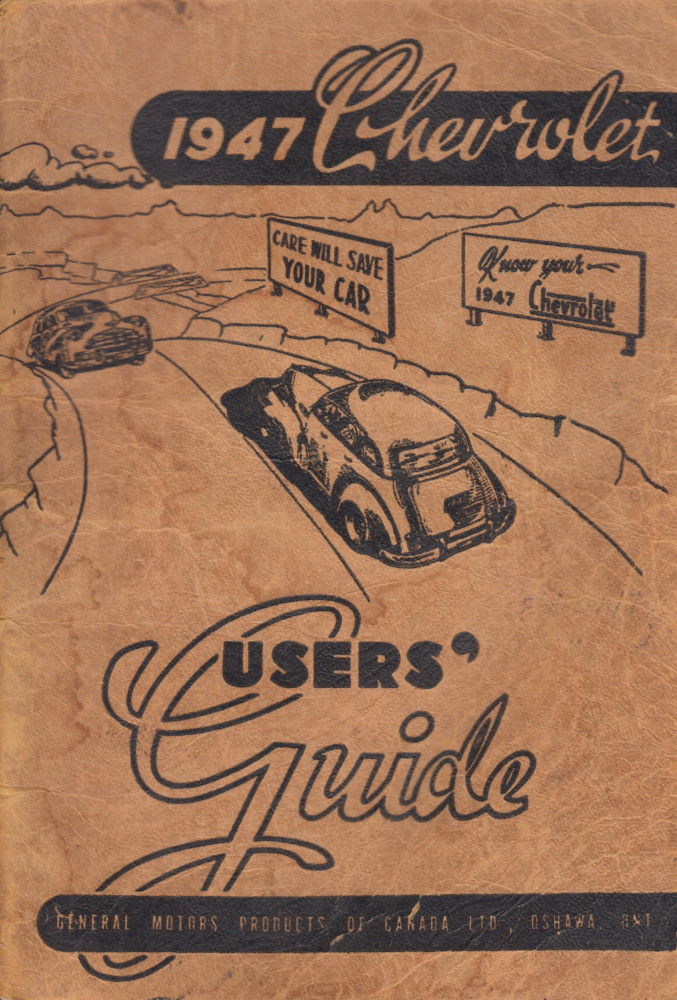 The Oshawa-published User’s Guide for 1947 Chevrolets.

With war’s end in 1945, GM resumed regular civilian production. The end of war production seemed to promise the beginning of a period of growth for GM Canada, but that proved to be not the case.

In June of 1949, GM, among several other companies, was hit with an anti-trust lawsuit in the United states claiming that DuPont Company, which owned a controlling share in GM, had conspired to monopolize the auto parts and rubber market. DuPont owned 23% of GM, but also controlled several tire and rubber companies. These companies sold products to GM at lower cost, muscling out competitors and sending GM’s money back to DuPont’s coffers.

In 1918 Sam McLaughlin had sold many of his shares in GM to DuPont, and he clearly had a good sense of prevailing conditions in the 1920s and 1930s. McLaughlin had complained about the poor quality of the tires that GM Canada had been purchasing from the Dunlop Tire Company (itself owned by DuPont). In a 1929 letter he wrote, “DuPont Corporation … owns and controls the Dominion Rubber Company…. [T]hey naturally would like to see us do some business with [Dominion].”

An early headline from the start of the Du Pont anti-trust case in 1949. The shop coat worn by GM employee Bill Sutton as a Tool and Die Department apprentice, 1952-55.

While the court eventually decided that Sam McLaughlin had not been directly responsible for any illegal business practices, the suit embarrassed him and damaged his reputation. In 1951 he sold his GM shares, effectively retiring from his role as the company’s Canadian president. Soon afterwards he created the R. Samuel McLaughlin Foundation, and his philanthropy would define the rest of his life.

GM went through another brief boom in the postwar economic prosperity of the early 1950s, constructing a gigantic new plant in southern Oshawa in 1954. That same year, the plant produced a record 220,000 vehicles. The older plants in downtown Oshawa stayed active in the production of auto parts until the early 2000s.