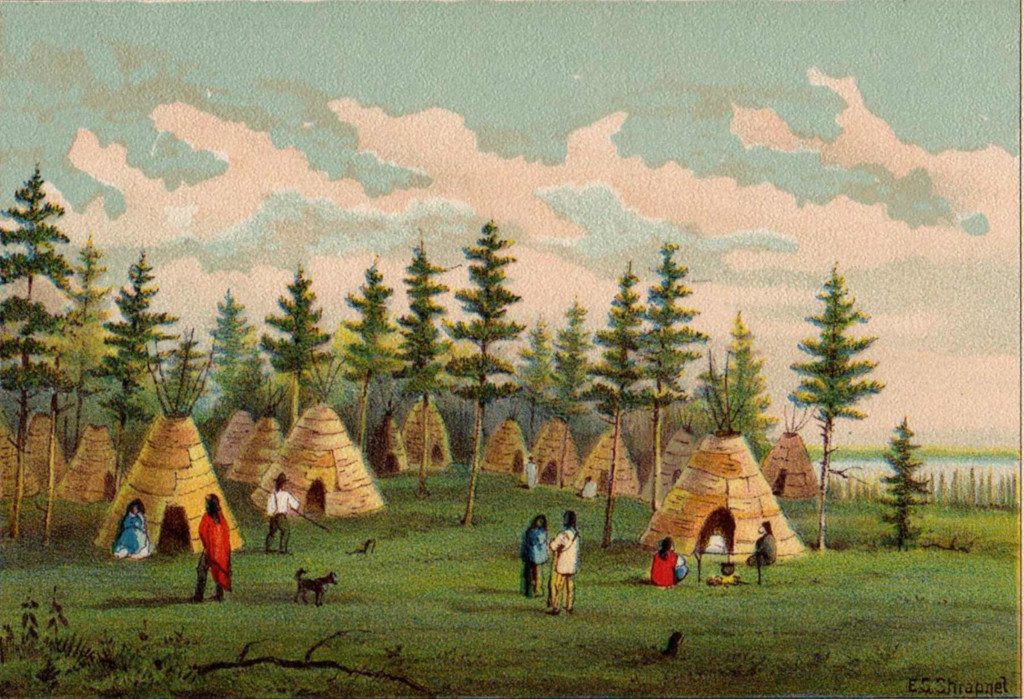 This 1898 woodcut shows the First Nations population of the Oshawa region in transition, living in traditional bark wigwams, but wearing European-style clothing and cooking in European-made metal pots.

Indigenous peoples inhabited the Oshawa area long before the invention of the automobile. The city sits on the intersection of the traditional territories of the Haudenosaunee (Iroquois) and Huron-Wendat First Nations. Archaeological evidence has been found of Wendat settlements there dating back more than 600 years.

The region’s name originates from the Ojibwa aaz haway – or “crossing place.” The natural harbour on the site was an obvious location for a trading post connecting Lake Ontario with the inland river network – with the canoe as the main method of transportation.

Europeans, seeking trade and inexpensive farmland, colonized the waterfront in the 17th and 18th centuries. In the late 18th century Lieutenant Governor John Graves Simcoe’s program of land surveys and grants led to a population boom in the area, and to the construction of two roads that would define the city to come. The 1793 road between Kingston and Toronto offered east-west access to the region on land. The later 1822 road running from the harbour to Lake Scugog made it possible for settlers to farm inland but retain access to trade on Lake Ontario. These roads now form King Street and Simcoe Street in Oshawa. 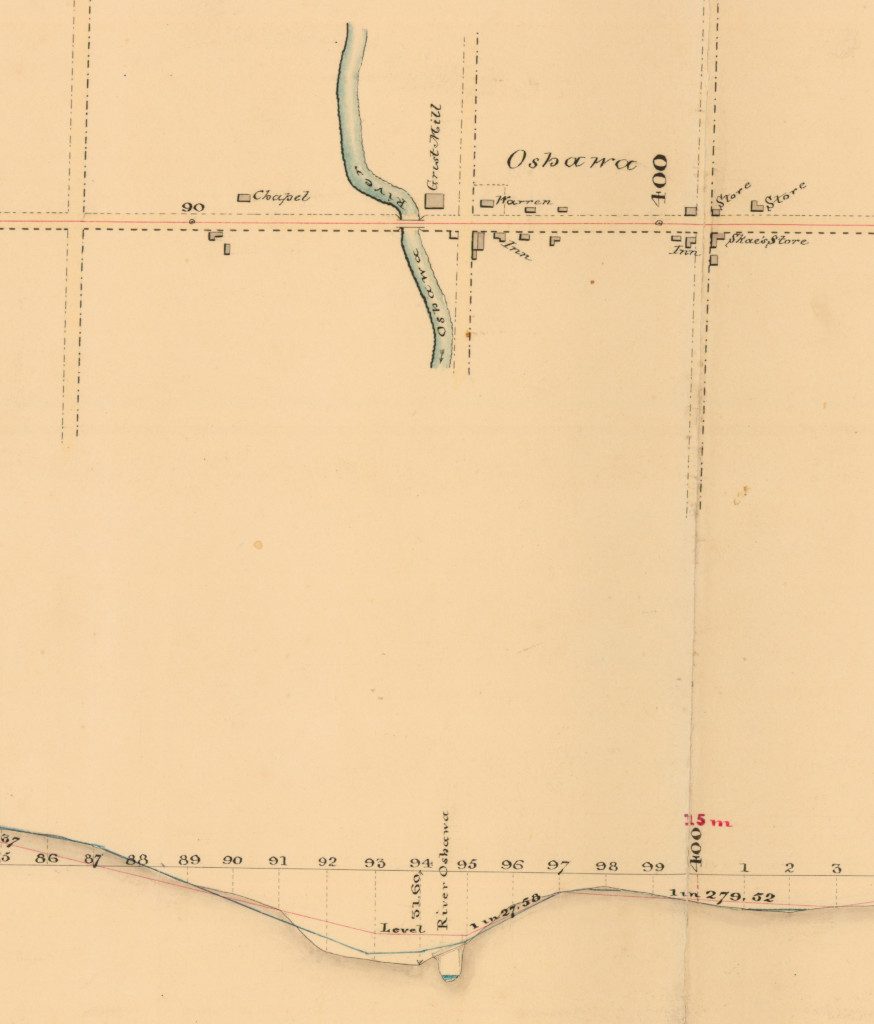 An 1843 surveyor’s map of the Oshawa area. Skae’s general store is visible on the intersection of Simcoe Street and the Kingston Road at the top right.

The Four Corners area at the intersection of the two roads became the centre of the growing community. The town was originally called Skae’s Corners, after Edward Skae, local general store owner and postmaster. He is believed to have proposed the name change to “Oshawa”. The settlement was incorporated as a village in 1850. A Toronto rail connection arrived six years later, and the small farming village grew quickly into a local industrial hub, with foundries, carriage works, mills, machine shops, and a substantial cabinet-making industry.