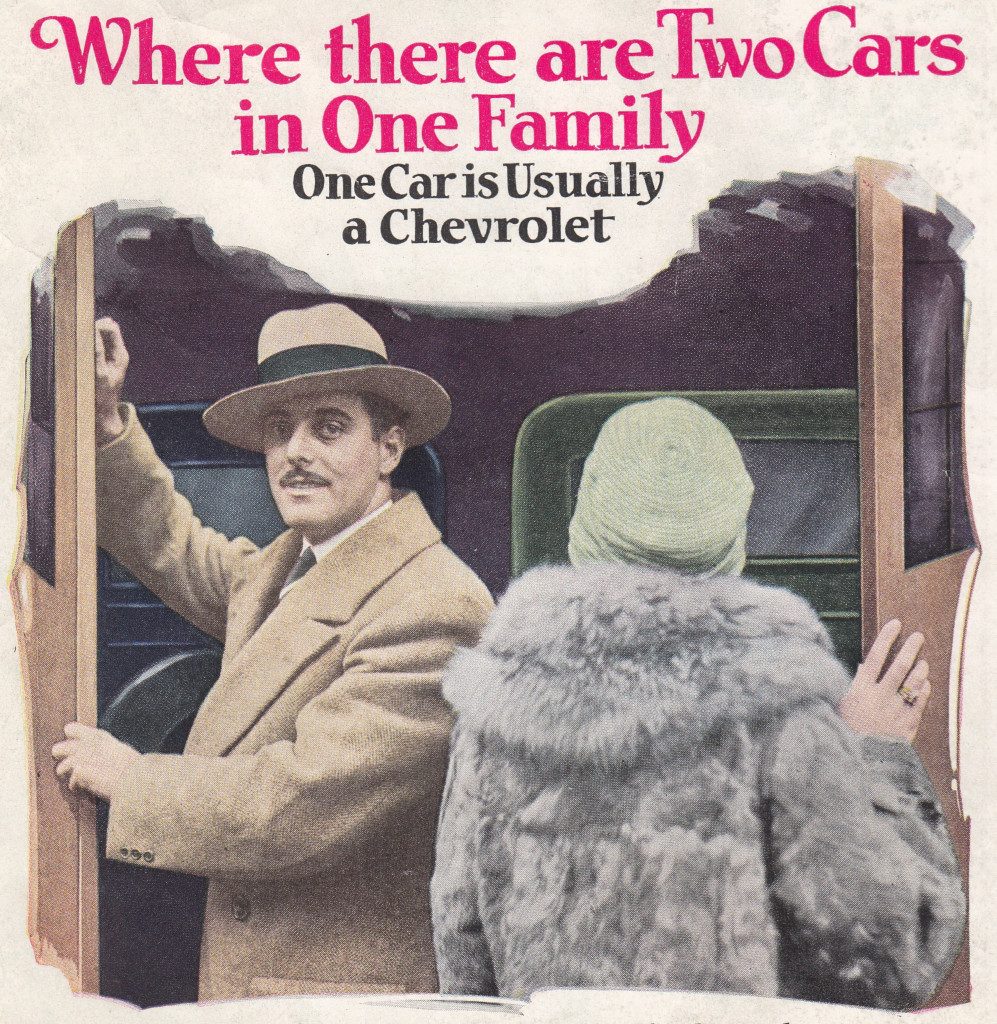 A Chevrolet advertisement from 1928. Economic prosperity and the plummeting price of automobiles meant that two-car families were increasingly common.

During the 1920s Canada was a major auto exporter to the British Empire. High British taxes on U.S.-made cars encouraged American manufacturers to sell vehicles built in Canadian factories.  As a result, Canadian-based car manufacturers boomed, and so too did GM, with a team of experienced workers at its core. By 1928 one-tenth of the plant’s approximately 8,100 workers had been there for more than ten years, and more than half of its administrators for twenty, dating back to the McLaughlin Carriage days. 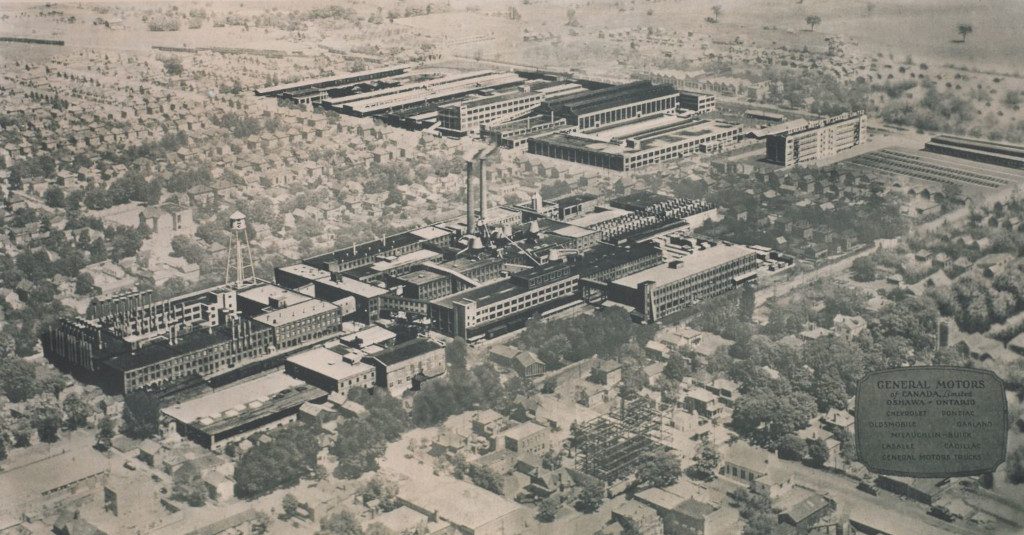 The Oshawa plant as it appeared in 1928, with low-cost housing in the upper left.

The plant’s rapid growth led to a need for workers. New hires were often selected at random out of crowds of applicants; they needed no prior work experience, and received almost all of their training on the job. Many came from local farming families, and lived in inexpensive housing close to the factory. The company employed women, but expected them to work either as secretaries or on the upholstery line, sewing car seats. For all but the most senior workers, wages were barely enough to live on.

[Workers] did anything for their foreman; go and shovel their sidewalk, put on their storm windows…  because there [were] always layoffs… this is what we dreaded. -GM upholsterer Ethel Tomson, on working conditions in the 1920s