As GM Oshawa grew, its founder was going in another direction. Sam McLaughlin was still the honorary Chairman of the Board of General Motors of Canada, but he was now far more interested in philanthropy. Over the 1950s and 1960s he had donated ever-increasing sums of money to a variety of public and private causes.

Would you think I was chintzy if I just gave [the University of Alberta] $75,000? -Sam McLaughlin, attributed 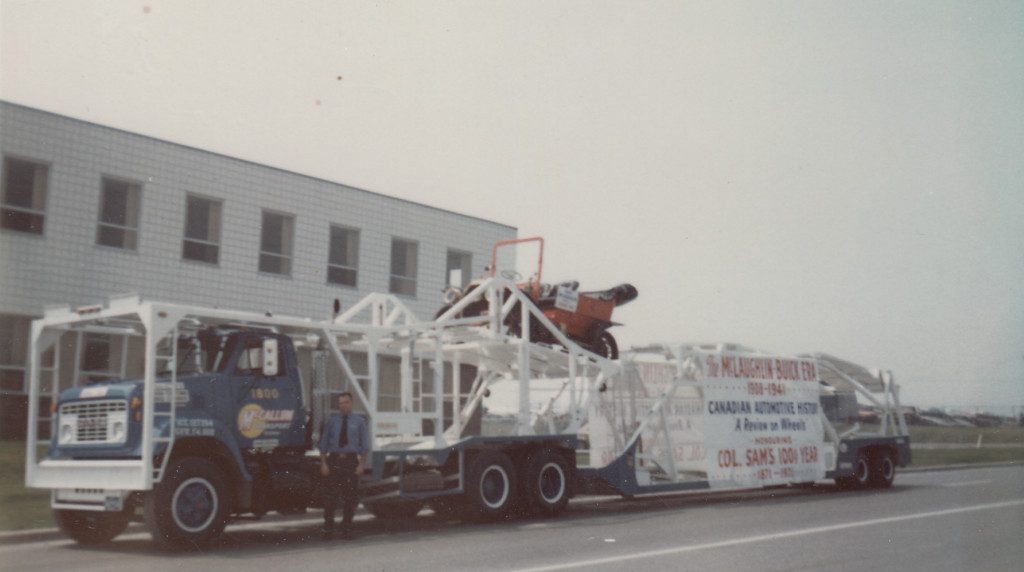 An original 1908 McLaughlin Model F on its way to the parade celebrating Sam McLaughlin’s 100th birthday in 1971.

McLaughlin’s wife, Adelaide, who seldom joined Sam in the public spotlight, died from cancer in 1958. Sam continued to show his love for publicity. He funded a planetarium for the Royal Ontario Museum and donated a substantial amount of art to numerous galleries, including the one named after his father that his nephew Ewart founded in Oshawa in 1967. Oddly, he never made any attempt to make an inventory of or catalogue his possessions and became notorious for simply giving them away at random. He willed his home, a mansion in Oshawa known as Parkwood, to Oshawa General Hospital with no exact purpose in mind. The house, which still contains the family’s furnishings, is now a National Historic Site and popular tourist attraction. 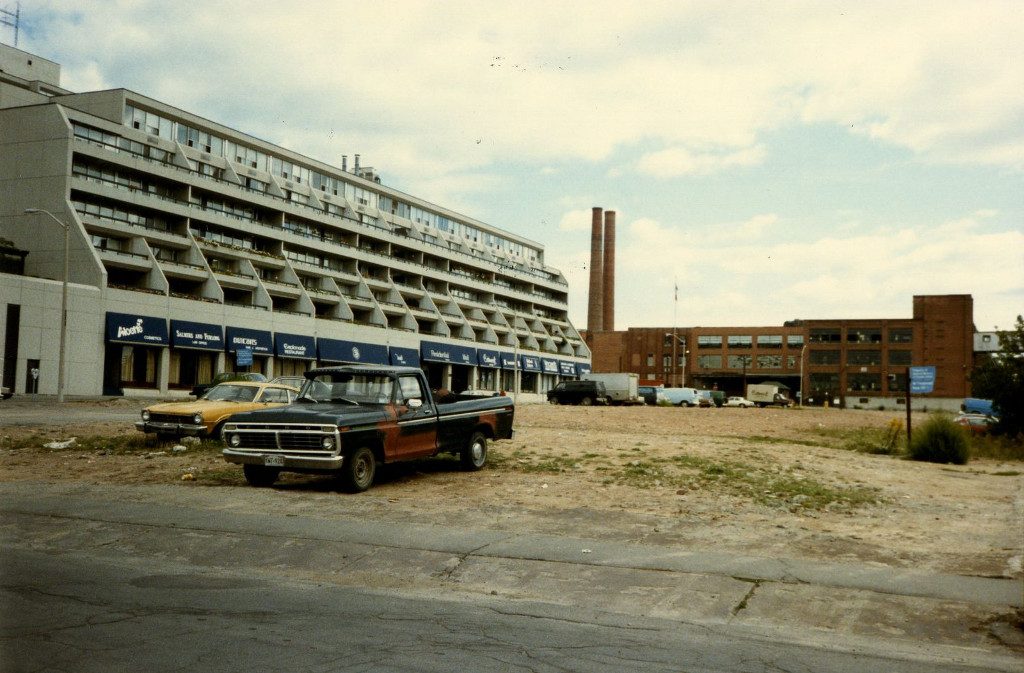 McLaughlin Square still under construction in the late 1970s.

Sam’s one-hundredth birthday in 1971 was marked by a parade of eleven original McLaughlin-Buicks owned by local collectors. He died in his sleep early in the morning of Jan. 6, 1972, and was interred in a mausoleum in Oshawa’s Union Cemetery. What was left of the McLaughlin Carriage works was demolished in 1975; the site is now occupied by the McLaughlin Square condominium complex.

Growth and Agitation Getting Into the Motors