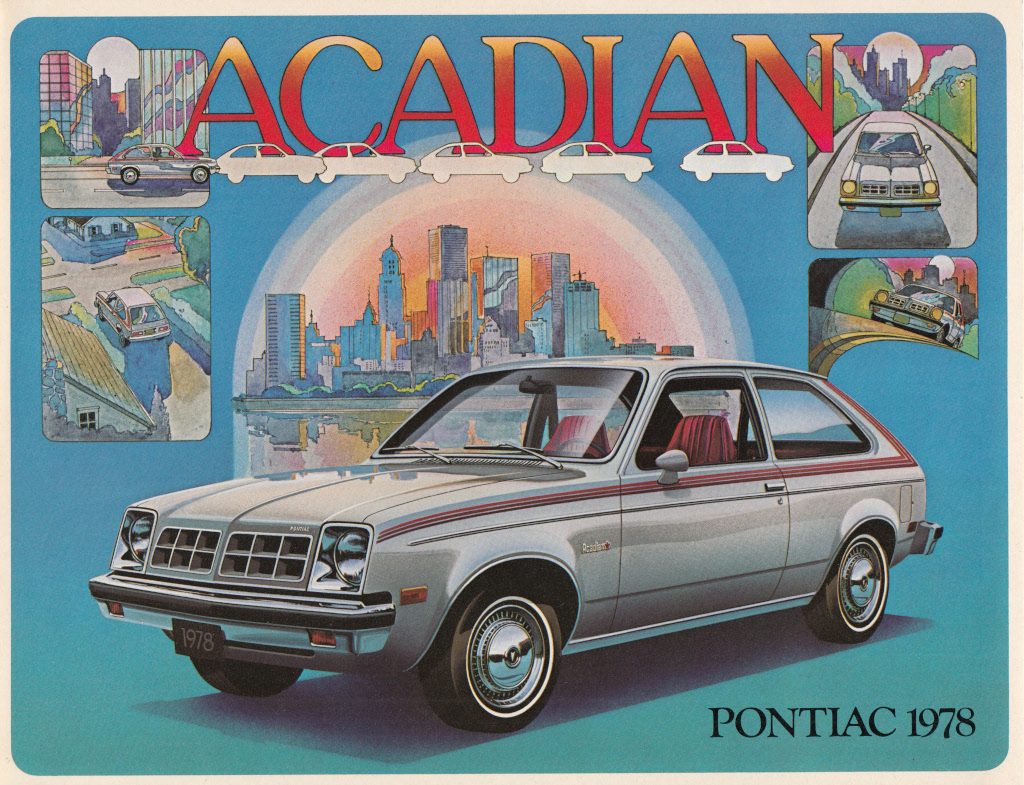 The Pontiac Acadian was a classic Auto Pact car: a rebranded American model with the bare minimum of Canadian parts.

For GM Canada and its employees the decade of the 1970s was both profitable and rough. Local 222, the Oshawa branch of the UAW, earned a reputation for strength and obstinacy. GM was rocked by a massive general strike in September 1970, when more than 400,000 auto workers across North America walked off the job for ninety-four days in search of better wages and job security. Local 222 was strongly in support.

The membership means business, and if [GM thinks] different, they are in for some surprises. -Abe Taylor, Local 222 president, August 1970.

The union had grown strong enough to support the agitation of other smaller unions connected to the auto industry. In 1971 it backed members of Duplate (later PPG), a local auto glass company, in their walkouts. Some four years later the Local was involved in a Canada-wide walkout by members of the industrial sector to protest the Trudeau government’s wage and price controls, conducting marches through downtown Oshawa.

Labour agitation aside, the 1970s were a prosperous time for everyone involved. The company paid record-breaking wages. Senior employees received such perks as longer holidays and the chance to test new models in advance of production. But there was also trouble on the horizon, with minor layoffs that were largely attributed to competition from the Japanese car companies. 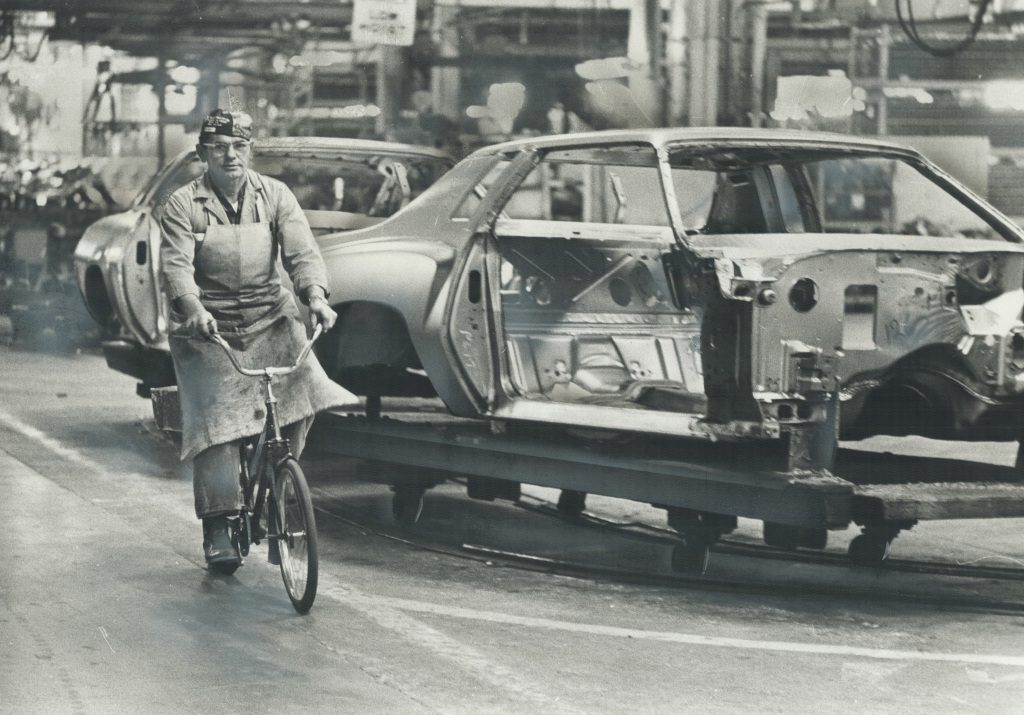 Getting around the Car Assembly Plant by bike, 1973.

The Auto Pact The End of an Era