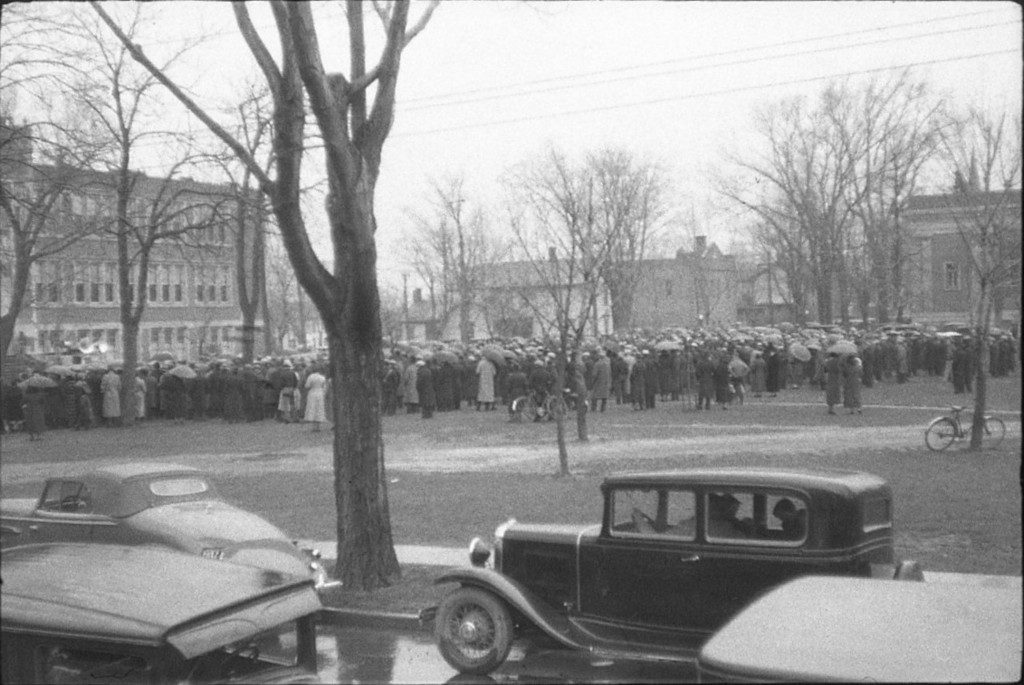 Strikers meet in Memorial Park on a rainy day in 1937.

In 1937 Oshawa experienced a second major strike, one that would define labour in the city for the next 80 years. Between the 8th and 23rd of April  more than 4,000 workers walked off the job, seeking an eight-hour workday, a seniority system, and most importantly recognition for the newly formed United Auto Workers (UAW). This group, which began in GM plants in Michigan, had been heavily suppressed by both plant management and the government of Ontario. 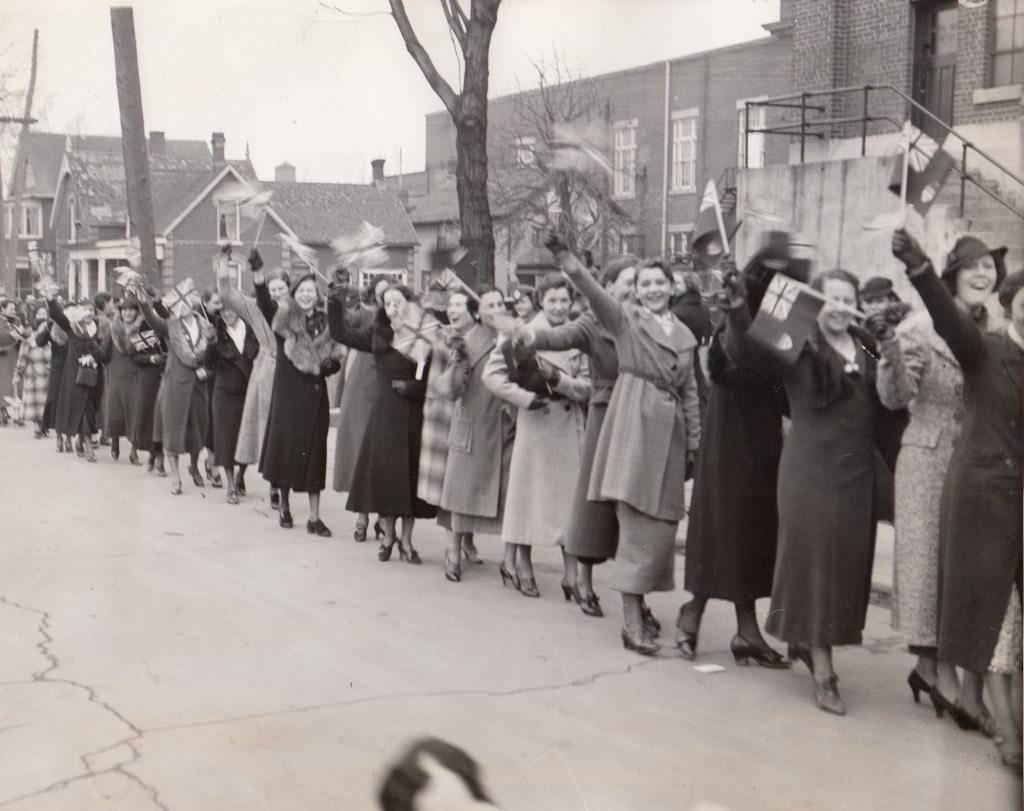 Female strikers on the picket line. Members of the Oshawa Women’s Auxiliary were a vital part of the strike effort,  frequently leading strike protests and conducting logistics work. 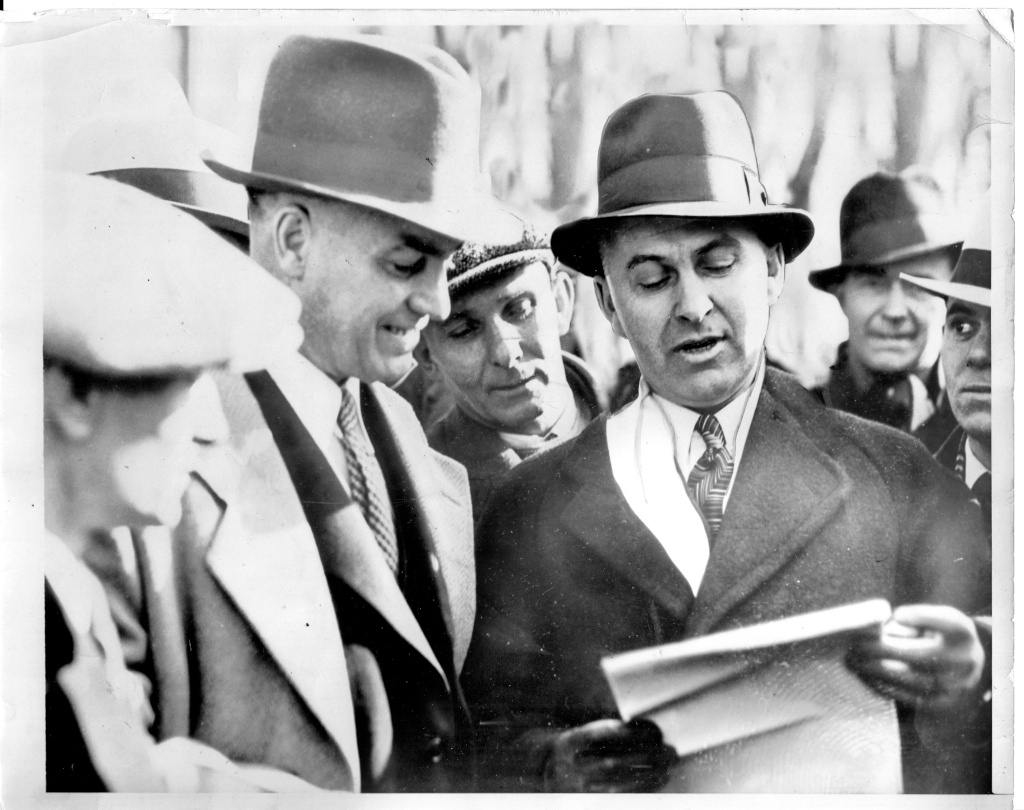 Charles Millard, President of Oshawa Local 222, and first President of UAW Canada (right), discusses strike terms with members of Local 222, 1937. Millard, who has been called “the architect of industrial unionism in Canada,” would be one of the founding members of the New Democratic Party (NDP) in the 1960s.

The success of the strike meant that for the first time Oshawa’s workers were part of a true international union – one with more than 500,000 members at GM, Chrysler, and Ford plants across North America. Oshawa’s auto workers became UAW Union Local 222, and quickly developed a reputation for dedication, hard work, and passionate support for the union’s causes.

Despite the recent strike and pushback against working conditions, GM Canada was keen to advertise its strengths, as this glowing 1938 newsreel shows. Universal Newsreel: Canada’s Motor City Celebrates Millionth Car: View this video with a transcript (EN).

Oshawa Organizes The Worker at War