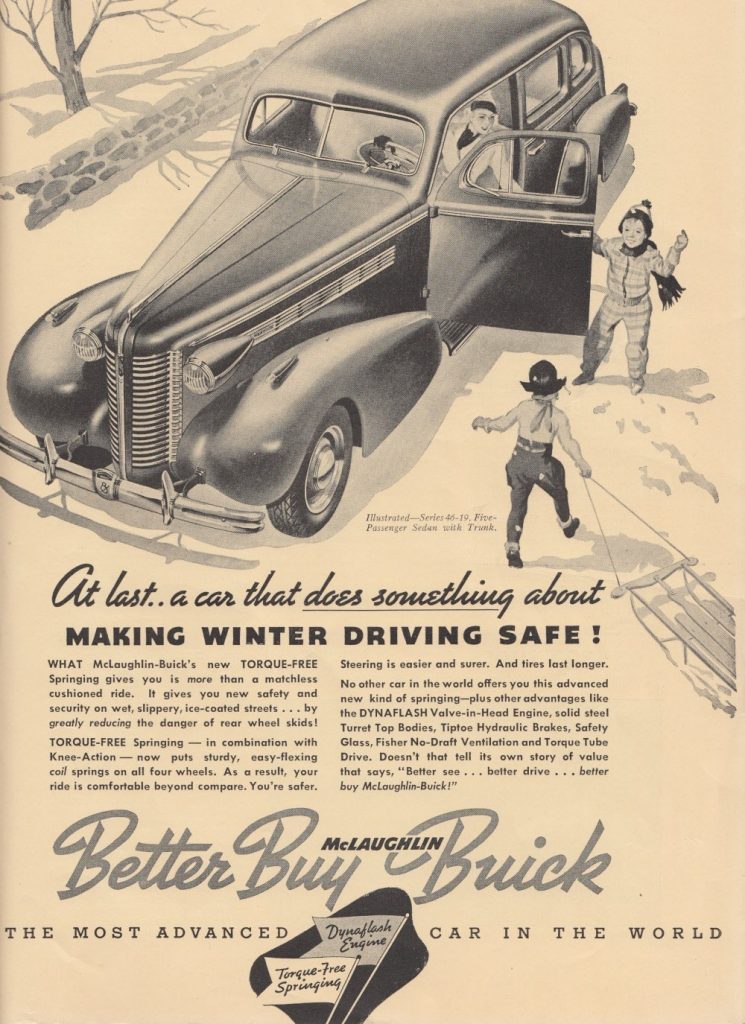 A 1938 ad for McLaughlin-Buick sedans. Marketing for Canadian drivers often specified the safety of vehicles in wintertime, a serious concern in a time before skid control and anti-lock brakes.

The 1928 Oshawa strike was a victory for the workers. Within a week of walking off the job they were back at work with a recognized union and their original wages.

This first union was short-lived. Racked with corruption and internal political disputes, there was little unity between workers from different branches of the factory. It was not uncommon for fake “union treasurers” to steal dues from the workers. The union also had little power when it came to the seasonal realities of auto production. Workers were laid off when sales fell, and then rehired for the busy season. By the end of 1929, the AFL union in Oshawa had collapsed.

In ’28 when we tried to form a union the treasurer (who was a milkman)… he had 25 or 30 dollars in the kitty, he took off. -Line worker Harold Oley on the early days of the union 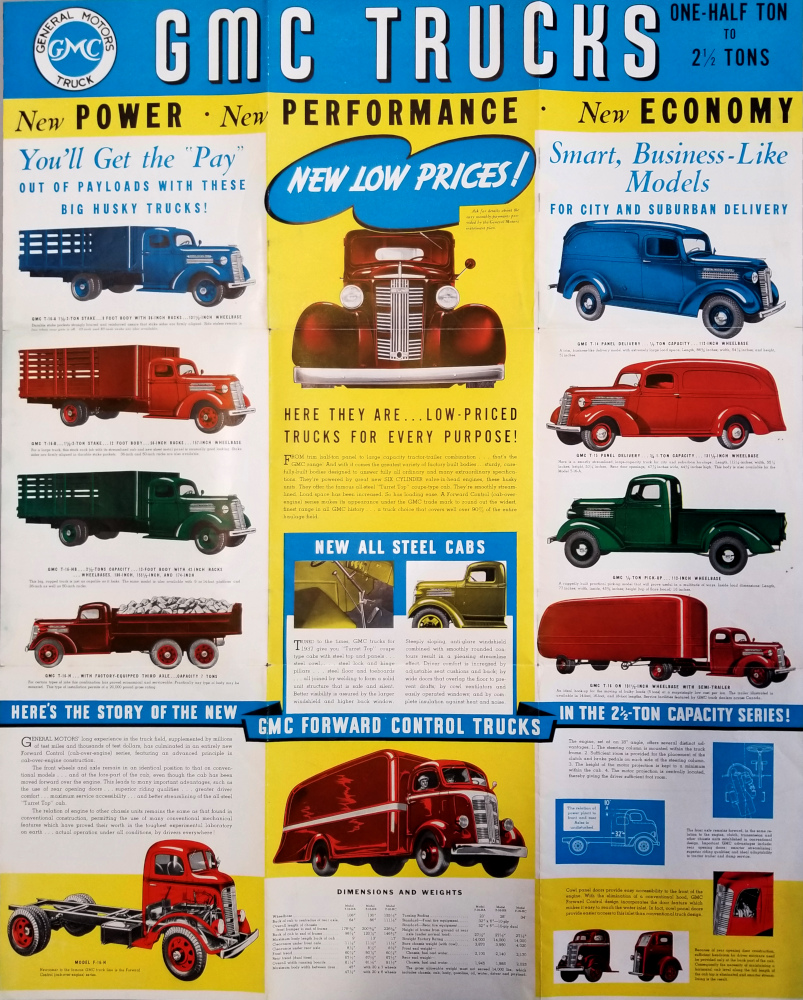 A 1937 ad flyer showing the huge variety of industrial and commercial vehicles that GM Canada was producing at the time. The gloss and glamour of the company’s advertising reflected its wealth – and the strength of its workers.

Conditions for workers in Oshawa were better than at most other auto employers in the country, but still incredibly strict. A form of corporate paternalism was in place, where employees were part of Sam McLaughlin’s “GM family”, and had to devote their private and working lives to the company.

New hires had to pass fitness tests, and could be fired if they weren’t in good enough shape to work. Any kind of disruptive political activity would result in immediate firing, as would arguing with foremen. To encourage the “stimulation of thrift,” workers were never paid directly in cash- all workers had direct-deposit bank accounts, an unusual system at the time.

We’d be laid off… in June and July and maybe you’d start again in November or December. One year we started up late… they advanced us $10 for Christmas. -Line worker Harry Benson

Despite its harsh policies, GM Canada took care of its own. Workers had injury insurance policies worth $1,000. They also had sports teams and a company choir, orchestra, literary society, and more. The annual company picnic, held through the 1920s, 1930s, and 1940s, regularly attracted 20,000 visitors to Lakeview Park every August. The land the park was built on had originally been donated to the City of Oshawa by Sam McLaughlin.