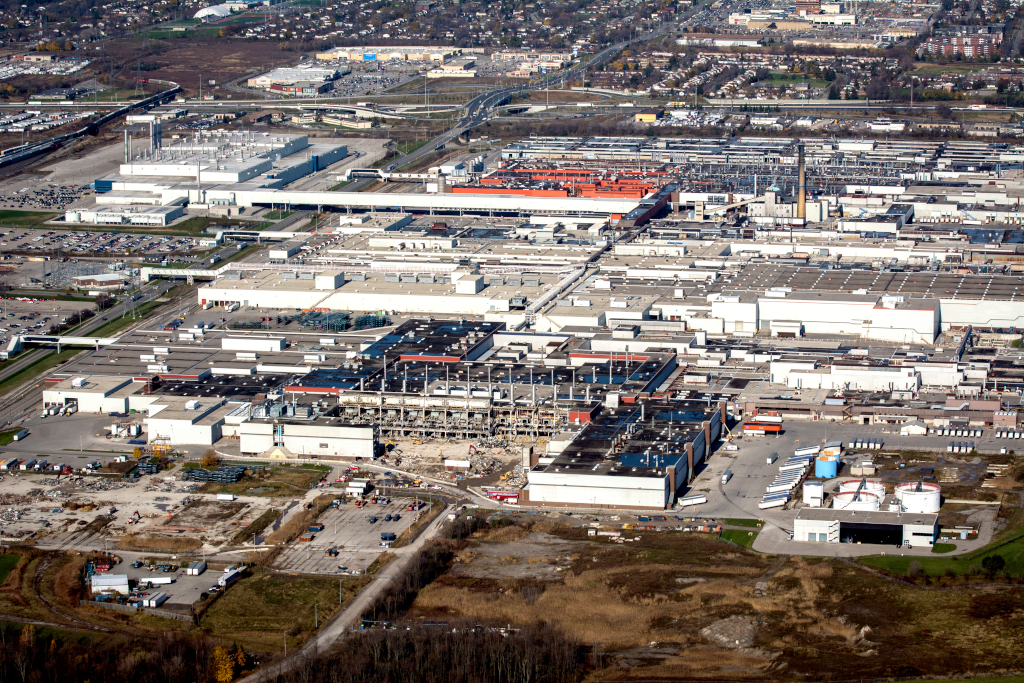 Through the 2000s, GM Canada continued to move its focus away from auto manufacturing in Oshawa. In 2002, it partnered with the University of Ontario Institute of Technology (UOIT) to build the Automotive Centre of Excellence (ACE), a multi-level vehicle testing and research centre that included a state-of-the-art wind tunnel.

In November 2005, GM announced an extensive round of cuts at twelve of its North American plants. This would include closing Oshawa Plant #2 and the loss of 3,500 jobs by 2008.

It’s going to put a dent in Oshawa, that’s for sure. – Kristy Burke, GM employee

There was also fallout from the 2007–2008 global recession and financial crisis, with Oshawa’s Truck Assembly Plant closing in 2009. In an effort to save Canada’s automotive industry, the federal and provincial Ontario governments together offered GM a $9.5-billion USD bailout. In return, the governments gained an 11.7 per cent stake in GM Canada, which they slowly sold off over the next six years. 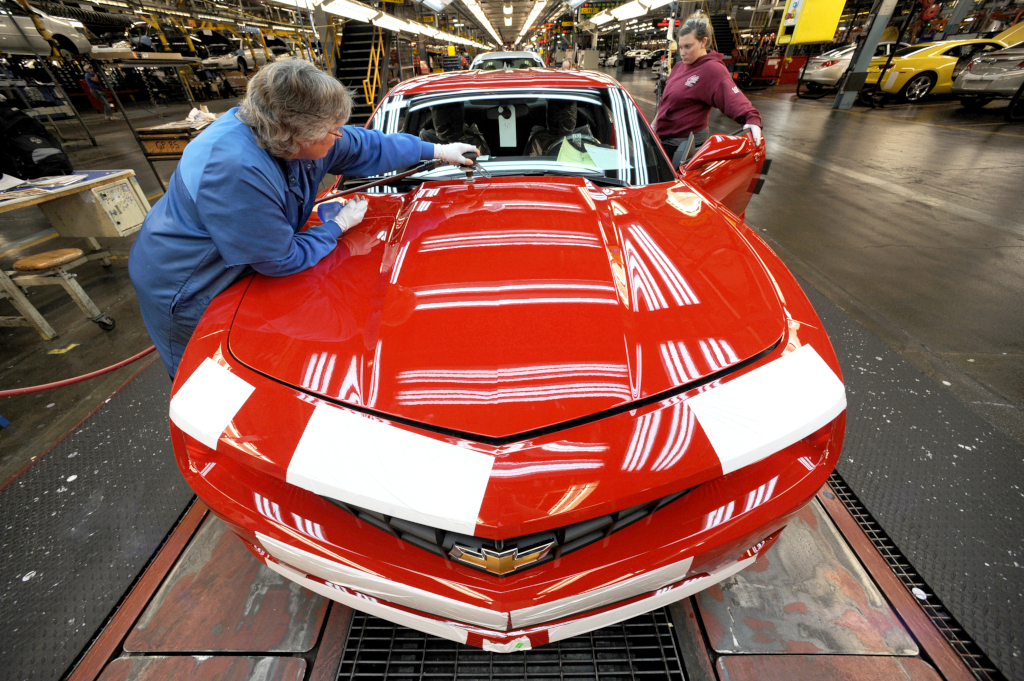 Workers inspect a Chevrolet Camaro before it rolls off the line in 2011.

Local 222 organized strikes and walkouts to protest the plant closures, including a twelve-day blockade at GM Canada’s headquarters in Oshawa in June 2008 that earned support from GM workers around the world. In 2013 the CAW merged with the Communications, Energy and Paperworkers’ Union of Canada, creating Unifor.

The Local 222 Social Justice Fund (SJF) was set up as a unique way of pursuing social activism during negotiations with General Motors in 2002. While the McLaughlin Foundation ran out of funds and closed in 2003, the SJF has donated over $3 million to dozens of charitable causes and organizations in Oshawa.

Plant closures have had a significant impact on workers and their families, but Oshawa has slowly transitioned from an automotive centre to a city that is focusing on health care and post-secondary education. Oshawa General Hospital and Lakeridge Health are major employers, as are Durham College and Ontario Tech University (formerly UOIT).

Protesters react to the announcement of the GM plant closure in November of 2018.

In November 2018 GM announced more plant closures in Oshawa as the company shifted from auto manufacturing to parts production and the development of electric and autonomous road vehicles. When a white 2020 GMC Sierra rolled off the assembly line on Dec. 18, 2019, it was the last of more than 20 million vehicles produced in Oshawa. 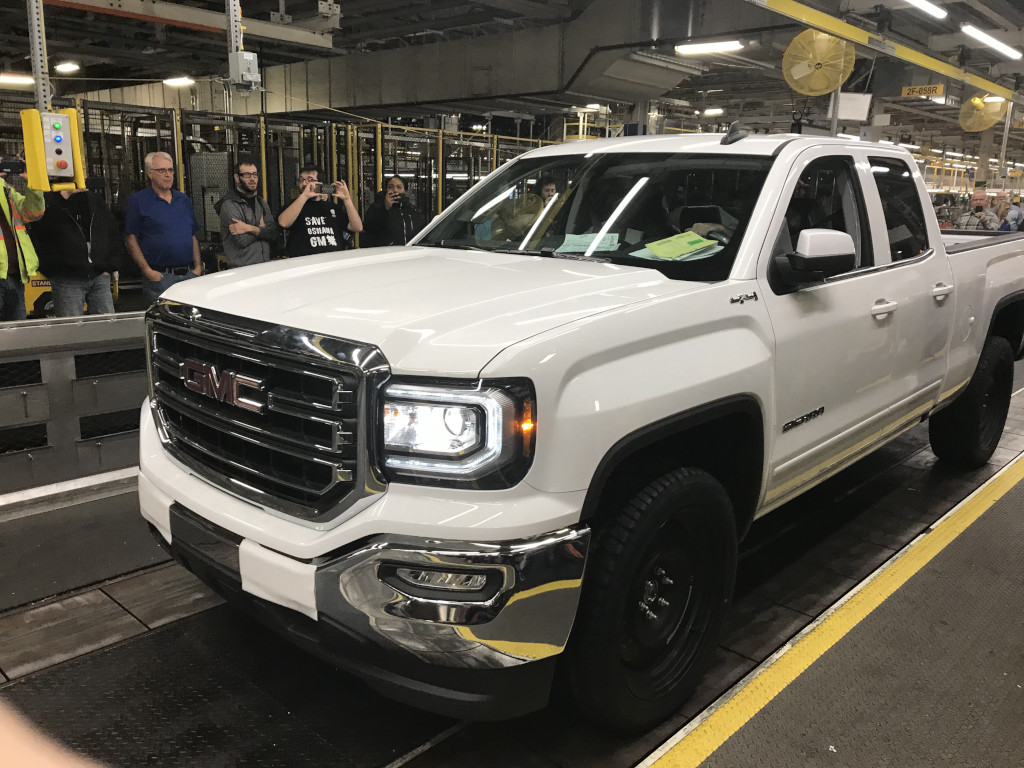 The final GM vehicle rolls off the line under its own power, December 18, 2019.

Auto workers are adjusting to a sea change in the city’s production landscape, as the South Plant begins the production of new parts. While there are no more vehicles rolling off the line, for the first time since the 1970s GM components are being built from scratch in the Auto City, continuing a tradition of industrial craftsmanship that dates back to the founding of Canada itself. 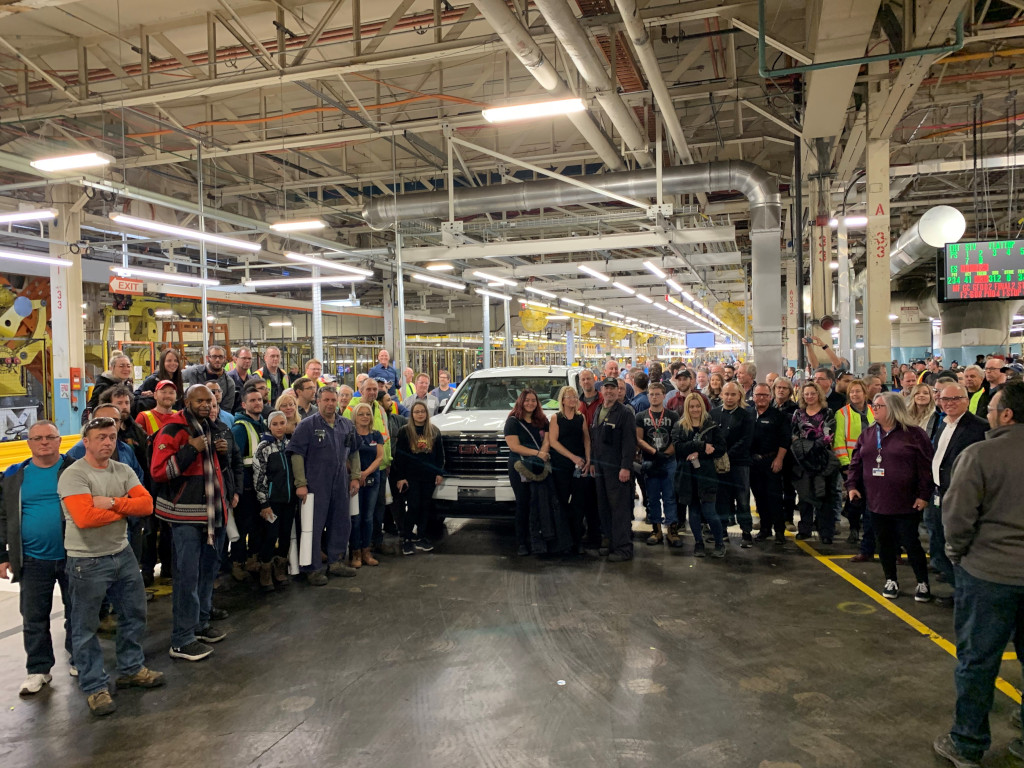 The last group of workers to build vehicles in Oshawa poses with their final creation.