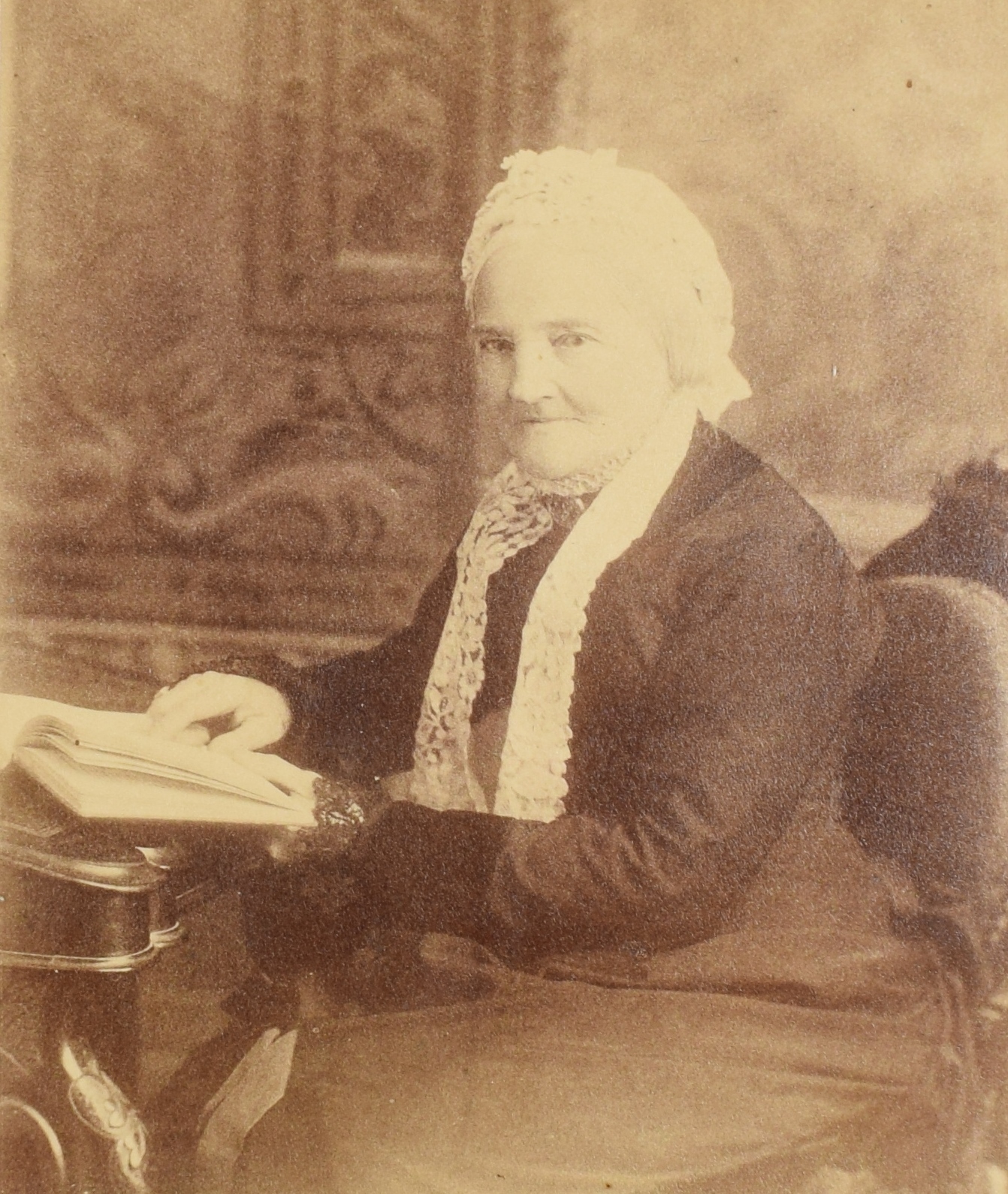 Frances Mary Smith was born in South Africa while her father, Robert Smith, was stationed there as an apothecary-surgeon with the British army. A few years later, the family moved to Hampshire in the south of England. Educated in high society, Frances Mary often joked that she had a claim to aristocracy since she was directly descended from the Marquis of Hertford on her mother’s side. Photo taken at Elmbank around 1880.