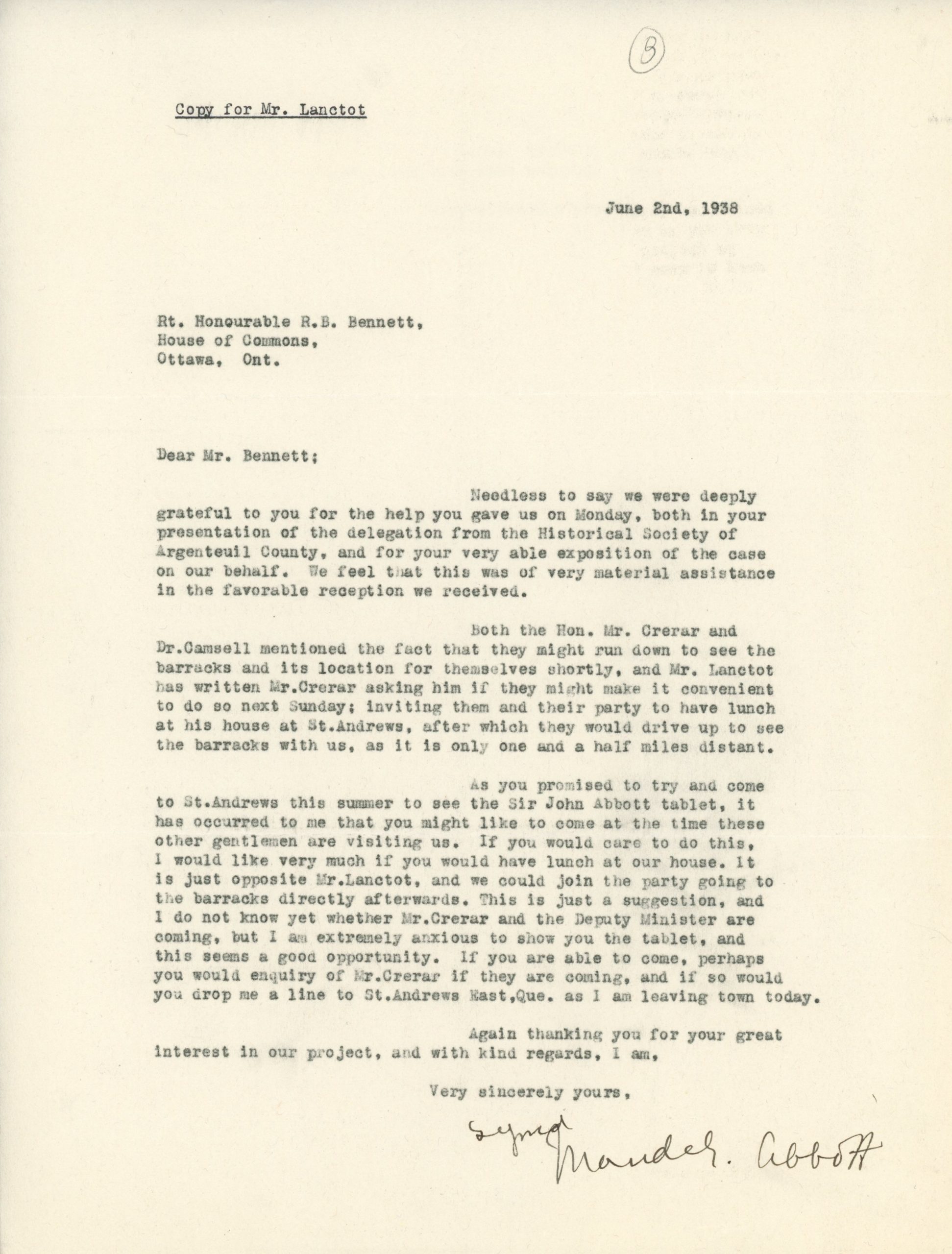 Maude corresponded extensively with various Canadian political figures. Some of her letters to the country’s leaders piqued their curiosity and enabled her to advocate for the creation of the Museum at the federal level.

She enlisted the support of Richard B. Bennet, former Canadian prime minister and head of the Conservative Party; Thomas A. Crerar, Minister of Mines and Resources under the government of William Lyon Mackenzie King from 1936-1945; Sir George Perley, Member of Parliament for Argenteuil; and the Governor General of Canada, Lord Tweedsmuir. She invited them to come to Carillon to visit the building known at the time as “The Barracks”, which had been chosen to house the Argenteuil Regional Museum.