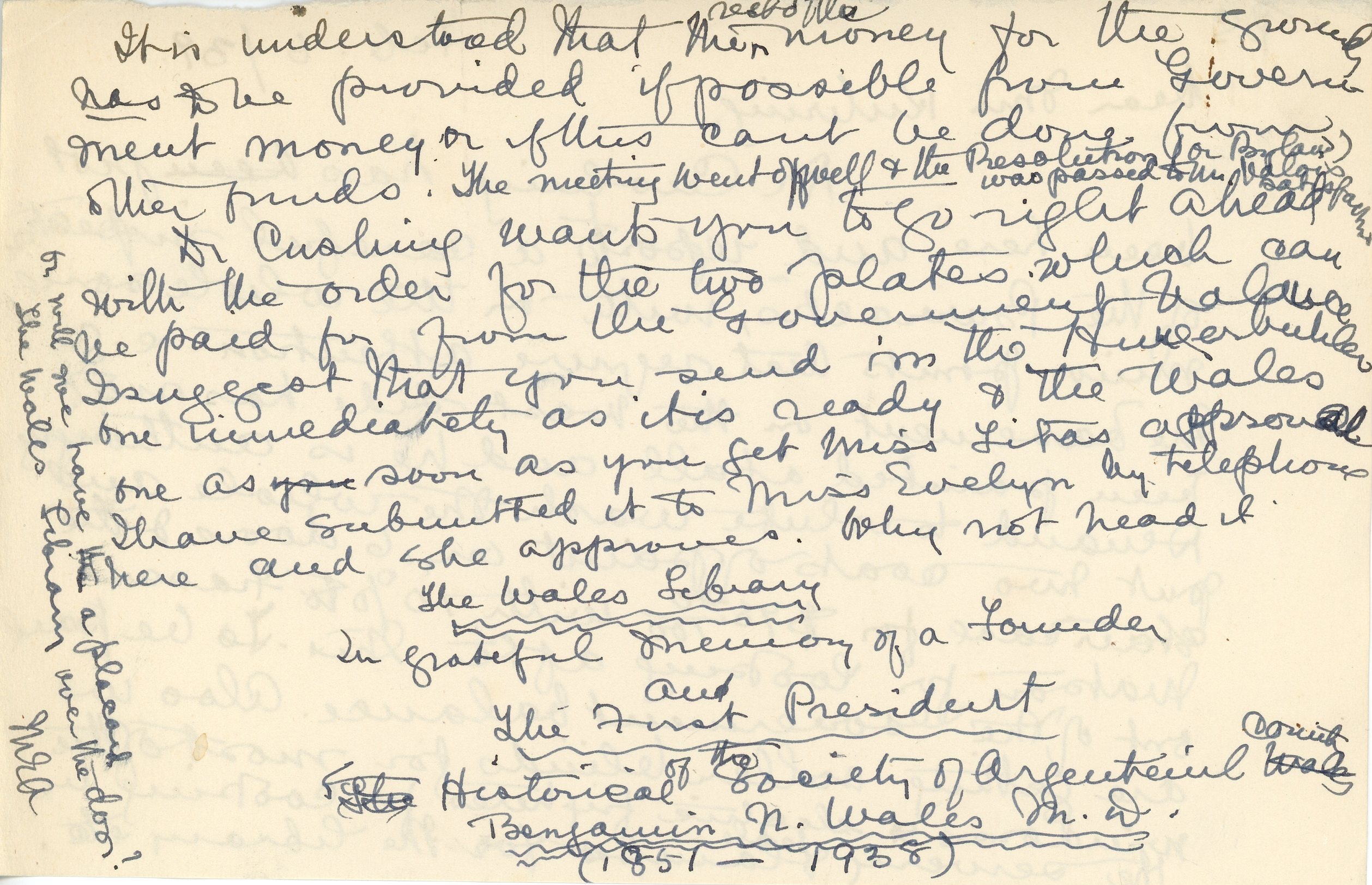 The Historical Society of Argenteuil County is committed to honouring individuals who have played an important role not only in the history of the community but also in the transmission of historical knowledge. Dr. Benjamin Nathaniel Wales, a founding member of the HSAC, is the author of the book Memories of Old St. Andrews and Historical Sketches of the Seigniory of Argenteuil published in 1934. The Argenteuil Regional Museum’s library of old books was named in his memory.

Maude Abbott often signed her letters with the initials MEA.

P.S.
Dear Mrs Kuhring,
Dr Cushing has been first been here and reports a careful inspection of the Barracks, with on the whole some minor points that require attention. E.s. the basement on the west side has not been painted at all and the authority demand to white wash the whole and put two coast of paint on 6 doors & the stair case for $45,00 with 10% to Fraser Watson for looking after this. To be paid out of the Government balance. Also we are getting roller blinds for most of the windows & electric fixtures for cooking, in the servery table & lamps for the library etc.
This understood that the rest of the money for the grounds has to be provided if possible from government money or if this can be done from other funds. The meeting went off well & the resolution (or Bylaw) was passed to Mr Valois’ satisfaction.
Dr Cushing wants you to go right ahead with the order for two plates which can be paid for from the Government balance. I suggest that you send in the Hungerbuhler one immediately as it is ready & the Wales one as soon as you get Miss Lilas approval. I have submitted it to Miss Evelyn by telephone here and she approves. Why not read it

The Wales Library
In grateful memory of a founder
And
The first President
Of the
Historical Society of Argenteuil County
Benjamin N. Wales M.D.
(1851-1938)