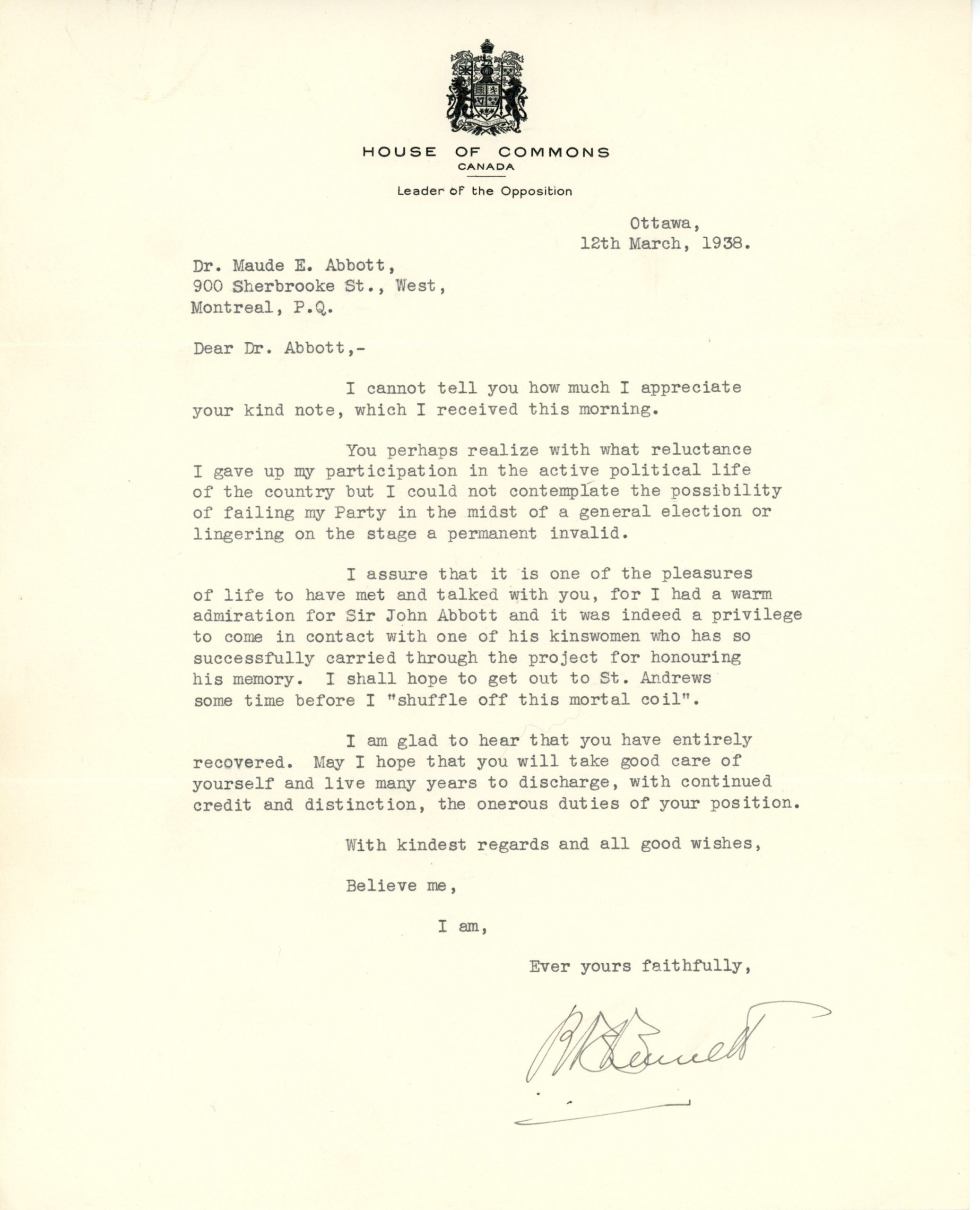 Maude Abbott corresponded with Richard Bedford Bennett, leader of the Progressive Conservative Party of Canada, about the unveiling of the memorial tablet. Bennet, the 11th prime minister of Canada (August 7, 1930 to October 23, 1935), was to attend the ceremony but was prevented from doing so at the last minute. Maude relates the emotion that moved those present at the ceremony in a letter addressed to Bennett on October 13, 1936.