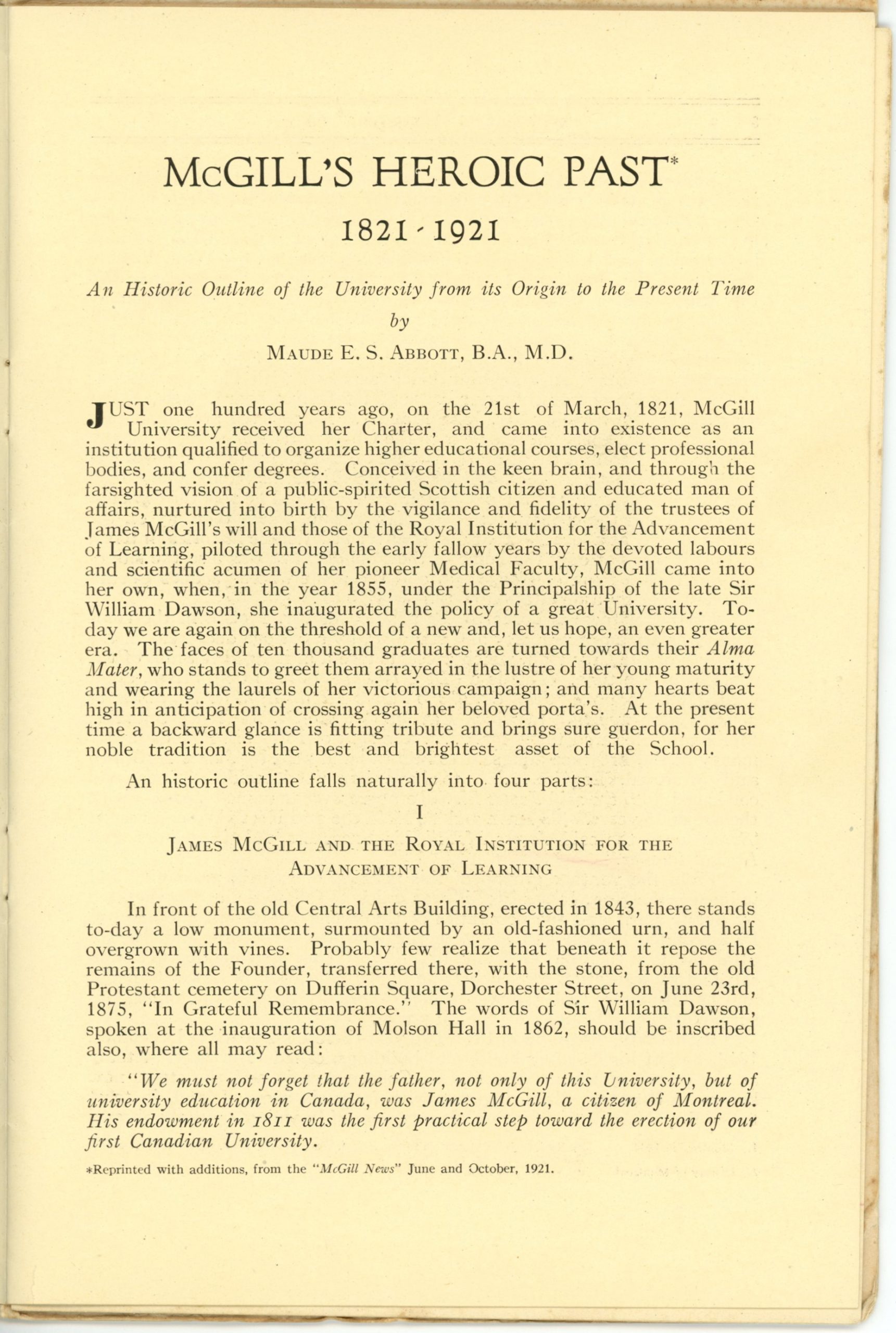 For McGill’s centennial in 1921, Maude republished at her own expense the article An Historical Sketch of the Medical Faculty of McGill University, first published in 1902, in the form of a booklet entitled McGill’s Heroic Past 1821-1921. An Historic Outline of the University from its Origin to the Present Time. McGill University purchased 500 copies to help her financially.