The Mont Ste-Marie, under construction 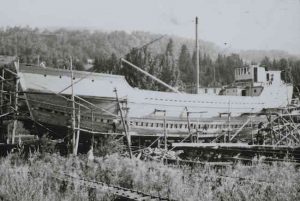 The Mont Ste-Marie under construction

Construction of the new ship started in the Chantiers maritimes de Charlevoix shipyards, under the watchful eye of shipwright Albert Audet. The sawmill ran full throttle. Workers were working long hours. Day by day, the schooner started to take shape.

Not only was the Mont Ste-Marie the pride of the family, its construction provided jobs to several shipyard workers for nearly two years. In September 1952, the schooner was finally ready to be lowered. Painted white and truly majestic, the family proceeded to christen it. The Desgagnés brothers made their mother Mathilda Audet the ship’s godmother. 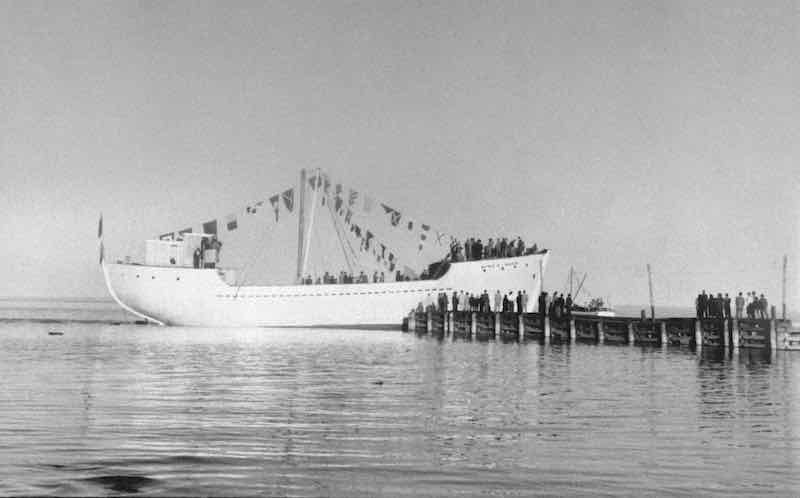 Launch of the Mont Ste-Marie

The Mont Ste-Marie was to be the last schooner built on the shores of Saint-Joseph-de-la-Rive. It was 38 metres long with a 500-ton cargo capacity. As the elder brother, J.A.Z. Desgagnés had the privilege of taking the helm. 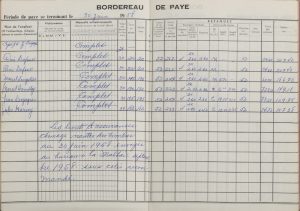 The Mont Ste-Marie sailed back and forth across the St. Lawrence for 17 years, especially between Montreal and Baie-Comeau, first for the Gulf Pulp & Paper Co., and then for the Clarke company. It carried lumber, paper pulp, general goods, refrigerated products, and later aluminum, for the ports of Pointe-au-Pic (La Malbaie) and Cap-de-la-Madeleine (Trois-Rivières). Sometimes those contracts would send the crew as far as the Great Lakes or the Maritimes. 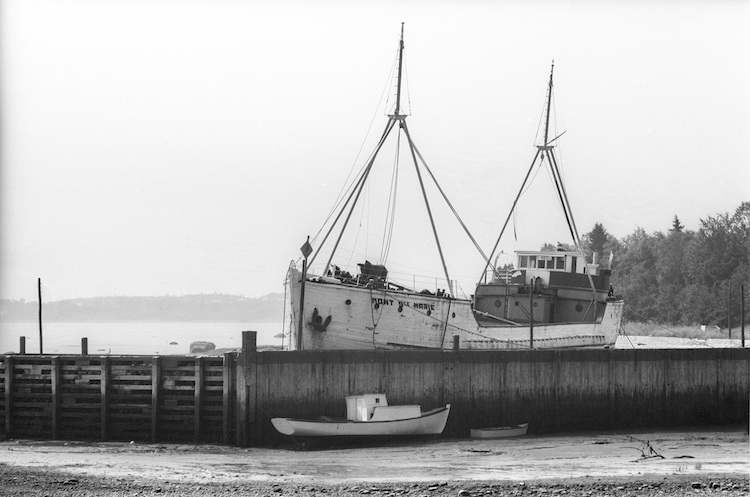 In the early 1970s, when ground transport and steel coasting vessels had all but replaced schooners, the Mont Ste-Marie was forced into retirement on the shores of her native shipyard. Watching over Saint-Joseph-de-la-Rive and the bay, she became a landmark for passersby and tourists who never tired of taking pictures of her. In 1998, when the site became a museum, the Mont Ste-Marie was ravaged in a fire. Now, the only thing left is her wreckage, slowly gathering sand with the spring tides.

The Mont Ste-Marie From wood to steel