As the second generation of Desgagnés shipowners, brothers Maurice and Joseph, were very active. They truly had inherited their father Zéphirin’s business acumen. Whereas Joseph stayed in the Saguenay region, Maurice returned to Les Éboulements in 1875 and partnered with the Boudreaults, his brothers-in-law. 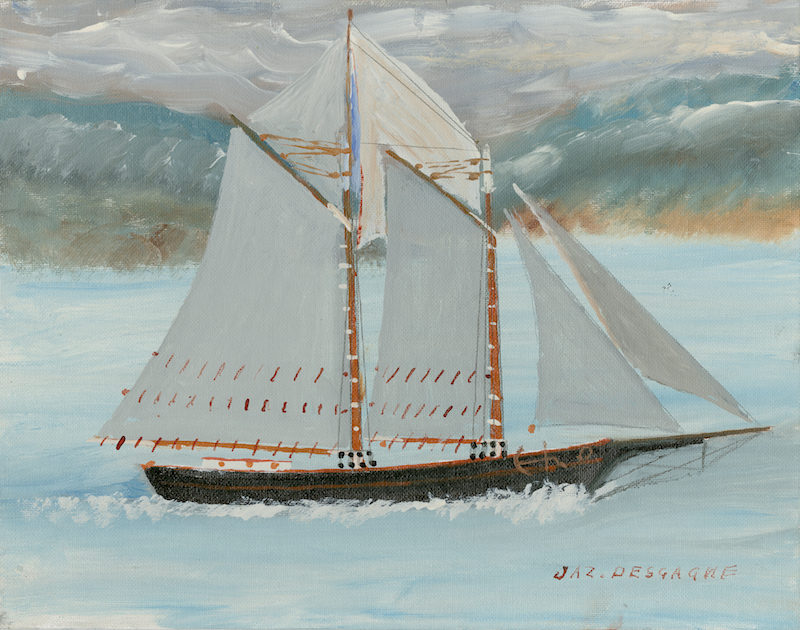 A natural risk taker, Maurice was not satisfied with the local coastal shipping trade, for as early as 1877, he sailed more than once on the Gulf of St. Lawrence, first with the Marie-Philomène, then from 1882, on the Marie-Vigilante. He sailed as far as St. John’s, Newfoundland as well as St. Pierre-et-Miquelon, transporting various goods in both directions. His schooner would leave Quebec City’s harbour with a shipment of lumber, supplies and, every now and then, passengers. On the return leg of the journey, the ship brought back a cargo of fish, coal and sometimes alcohol. 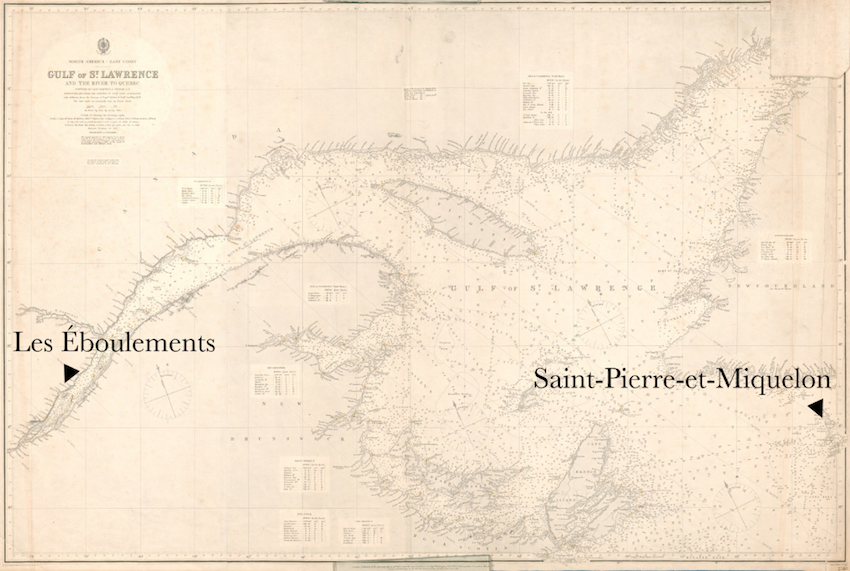 A map of the St. Lawrence River and Gulf showing the vast stretch of water separating Les Éboulement and the archipelago of Saint Pierre and Miquelon

In 1878, the new Dominion of Canada proclaimed the Temperance Act. As a French territory, Saint-Pierre-et-Miquelon was much more liberal. Gin, whisky and cigars were stocked near the port and easily available for purchase. As a shrewd shipowner, Maurice never passed up an opportunity to make the Marie-Vigilante more profitable. Sailing back up the river, he unloaded his precious contraband on small islands across the St. Lawrence. Traders would be discreetly waiting for him in riverside hamlets in small boats and carts. The tide washed away any trace of their transaction. However, customs officers were not fooled by this. They knew very well that there was smuggling on the river, and where such exchanges likely took place. 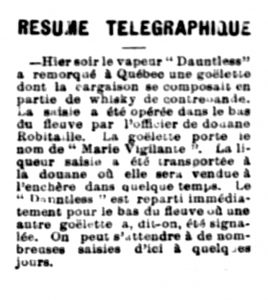 On November 11, 1891, a customs vessel boarded the Marie-Vigilante. On it, agents found a whole shipment of whisky. The schooner was seized and towed to Quebec City and both the alcohol and the boat were sold at auction. Daring as always, Maurice bought back his ship and sold it to his lawyer, the then-Senator Charles-Alphonse Pelletier. This way he could still remain captain, and would continue to do business on it until its eventual shipwreck in 1897.

A larger-than-life character, Maurice “Jimmy” Desgagnés was a navigator, a shipowner, a business man and a politician, much like his father Zéphirin.

Since then, every generation named one of their children Maurice.