The creation of the Chantiers maritimes de Charlevoix shipyards

The shores of Saint-Joseph-de-la-Rive were ideal for shipbuilding. 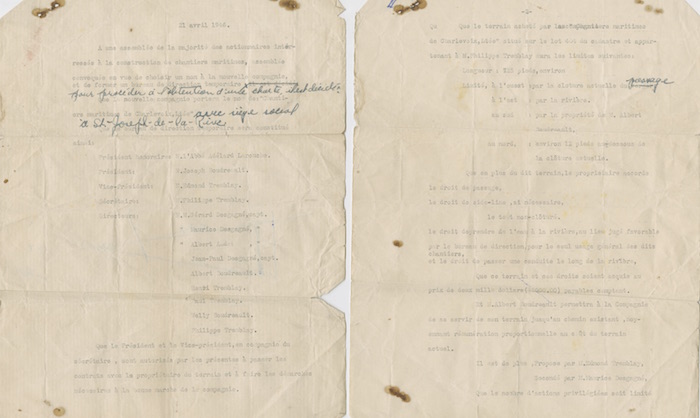 Deed of incorporation for the Chantiers maritimes de Charlevoix shipyards

In 1946, a revolution swept the village! Twenty residents invested $1,000 each in a new venture: the Chantiers maritimes de Charlevoix limitée shipyards. Back then, the objective was not to build schooners, but to provide a safe wintering facility for boats, while also making seasonal repairs easier. For nearly 30 years, the company helped over thirty captains from the county and around Eastern Quebec to protect their schooners come winter. The shipyards also provided jobs for many local people.

Half of their twenty shareholders were members of the Desgagnés family, including four women, all widows or daughters of captains. The heiresses Mathilda, Amélia, as well as their respective daughters Berthe and Gabrielle, were investors in this new venture. Aged 37 and 40, Berthe and Gabrielle were still unmarried. Their backing was certainly more of a gesture of solidarity than a strategy for return on investment.

Shareholders or not, competitors or associates, the cousins were rubbing shoulders on the shipyards every day. Maurice and Roger, for example, did not work for the same family members, and yet they took turns managing the site, while Cecilia, Denise and Huguette acted as the shipyards bookkeepers. 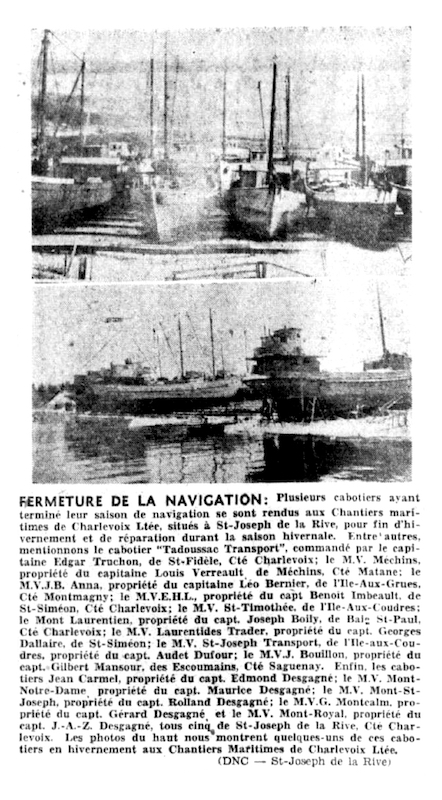 Good publicity for the budding company