In the beginning of the 19th century, descendants of Nicolas Desgagnés had been living in Île aux Coudres for over 50 years. As territory on the island was limited, it was the eldest sons who inherited the land. The youngest had to exile themselves. Étienne Desgagnés acquired land on the north shore, in a range nicknamed “Misère” (misery), near the village of Les Éboulements. 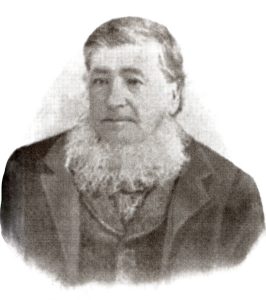 Born in 1829, Zéphirin, son of Étienne, inherited the family property. He married a widow, Marie-Anne Tremblay. He practised subsistence farming. Some years the crops were more bountiful. Always the ingenious one, Zéphirin took a $1,000 mortgage to build a small 29-ton schooner in order to sell his surplus vegetables in Quebec City.

In 1864, this ship was christened the Mary-Ann, no doubt as an homage to his wife, its anglicized name a reminder of how the river and its administration were still under British authority.

And so it was that Zéphirin launched the Desgagnés’ seafaring legacy. 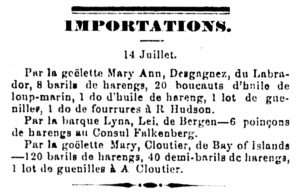 When Zéphirin was planning a trip, he made sure to load his schooner with a shipment of goods he could sell in the city. Lower crop yields meant that he would have to go around the village and supplement his cargo with produce from the neighbouring farms, or take passengers. Once in the Old Capital, relieved of its freight, Zéphirin started to plan the return trip. He put up ads in the local papers advertising his departure date and filled the hold of his ship with varied goods he could sell upon his return to Les Éboulements. 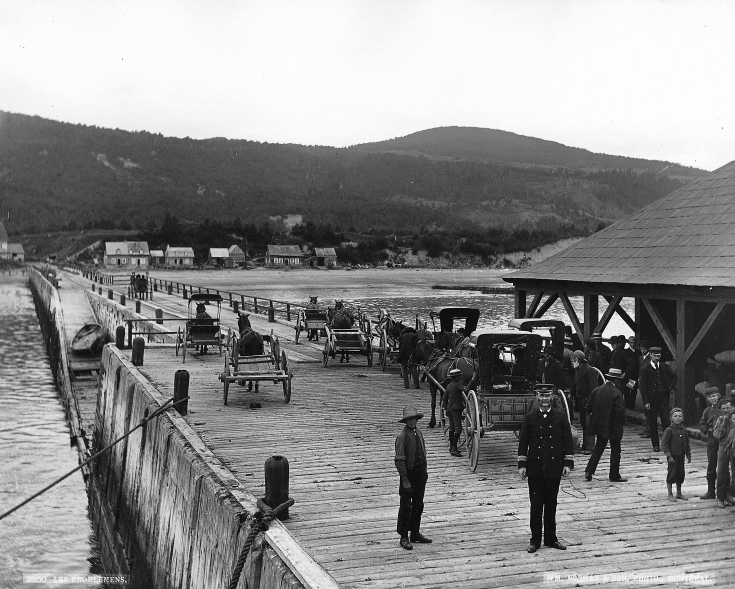 The dock at Les Éboulements

It was around that time that the Saguenay territory was opened for settlement. Zéphirin’s adventurous nature incited him to leave his village to settle in Anse-Saint-Jean. As he multiplied his occupations, Zéphirin—now a sailor, a farmer and a parish syndic—continued to prosper thanks to the family’s flour mill and cheese dairy. Of his seven children, four would reach adulthood. His sons Maurice and Joseph embarked on the family schooner and became sailors themselves.

From France to New France Second Generation—Maurice, the risk taker