From seamen to CEOs 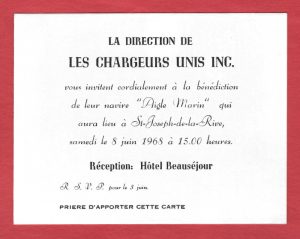 Provisioning the “Nouveau-Québec” region was very lucrative. The family understood all too well the importance of developing this market. Soon after the purchase of the Guard Mavoline, L’Aigle Marin, the Fort Severn, the Blanc Sablon, the Voyageur D and the Maridan C, transactions were undertaken to buy a Finnish oceanic freighter.

Maurice Desgagnés passed away in 1972. J.A.Z., now almost 70, felt it was time to leave the helm to the younger generation.

His son Yvan, founder of the Société maritime De Baillon, felt up to the task. With the help of his cousins Claude, Marcellin, Zélada and Rosaire, Yvan founded a new company that would bring together all existing companies. And thus, Groupe Desgagnés was born!

Ships at the foundation of Groupe Desgagnés

Yvan gave up the sailor’s life to become CEO of the company, establishing its headquarters in Pointe-au-Pic (La Malbaie). His cousins Claude, Marcellin, Zélada and Rosaire assisted him in managing and operating the ships. His brother Jacques ceased to practise law, and after receiving his master’s certificate was able to lead the company’s ships as well. 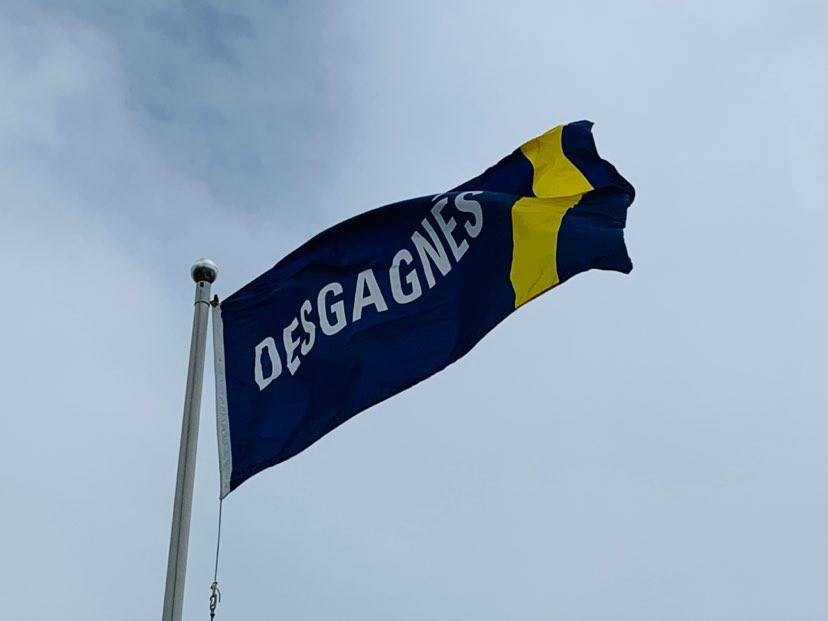 The 1970s were a tumultuous decade, marked by maritime incidents, losses of ships and numerous acquisitions. To ward off bad luck, all ships were to be named after a woman in the Desgagnés family. And thus the Mathilda, the Amélia and the Catherine Desgagnés joined the fleet. 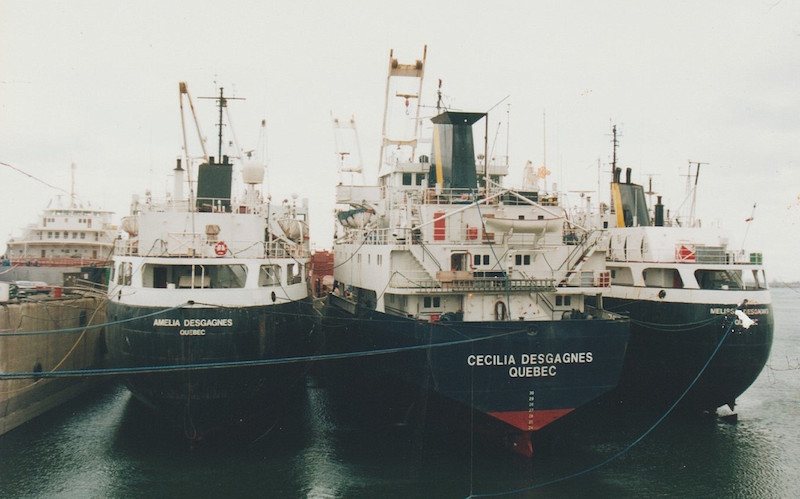 The Amélia, Cécilia and Mélissa Desgagnés

In 1983, as the Québec & Ontario Ltd. Company closed their books, Groupe Desgagnés bought their whole fleet. Against all odds, the Desgagnés were now sailing across all the internal waters of Canada, from the Arctic to the Great Lakes.

The next year, Groupe Desgagnés reported $21M in revenues and employed a workforce of over 300 people. The same year, coinciding with the return of the Tall Ships to the St. Lawrence, Yvan became the president of the Corporation du Musée maritime de Charlevoix, whose mission it was to preserve and disseminate the local maritime heritage.

Due north The creation of Groupe Desgagnés